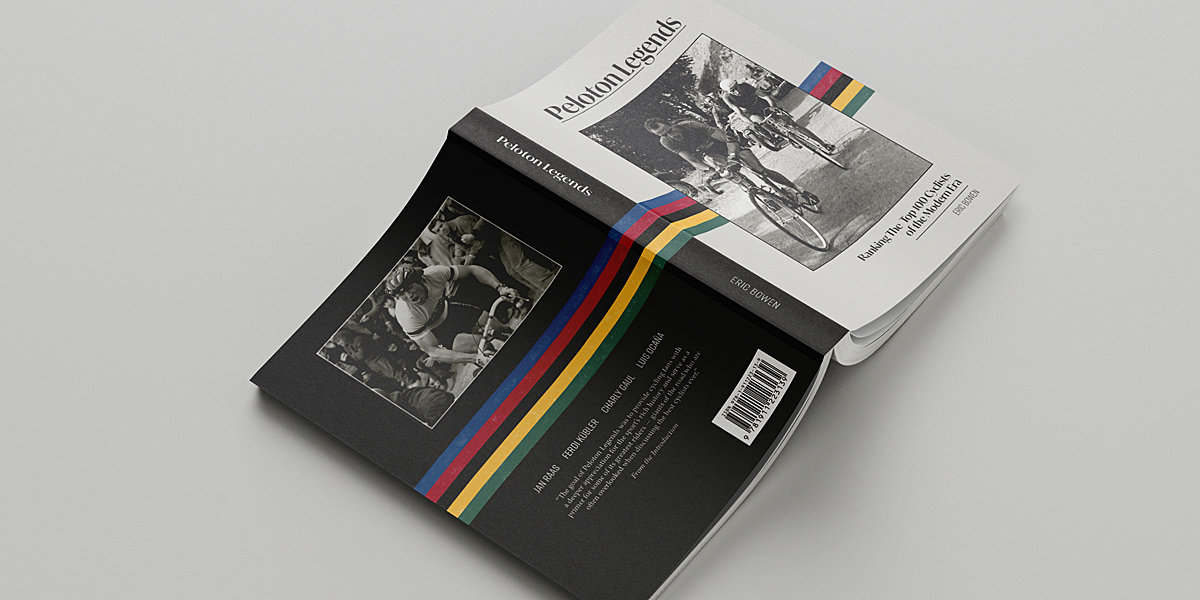 Sports fans love comparisons. Baseball is famous for its obsession with statistics (“The most successful left-handed pitcher throwing against a Chicago team on a Tuesday evening…”) and certainly all sports have record-holders. Pro cycling, with its varied disciplines and diverse races, defies easy comparison of its stars. Can we figure out who was truly The Greatest of All Time? 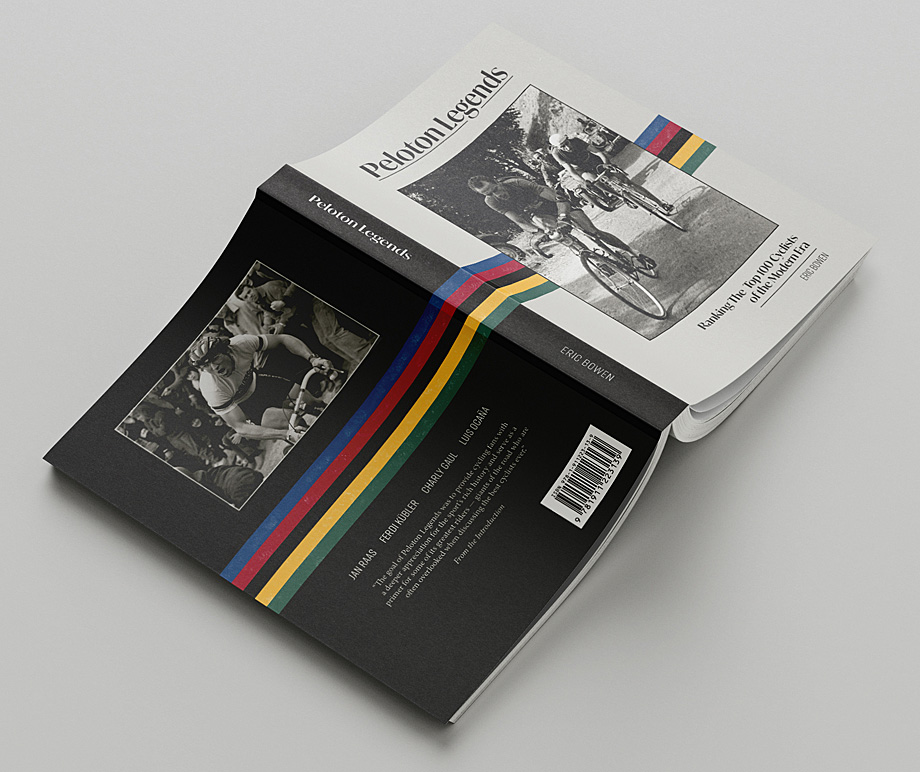 Our Pez colleague Dr. Stephen Cheung posted a piece this week’s ToolBox which considered a Dutch study of speedskaters over generations and how athletes and technology have changed. The conclusion was that today’s pro cyclists would be indeed competitive with the Hard Men of Olden Tymes as human performance has edged up incrementally whereas technology has made considerable advances. But can we make a more direct comparison of cycling’s stars? An entertaining new book, “Peloton Legends,” by Eric Bowen makes a thoughtful attempt to do so. 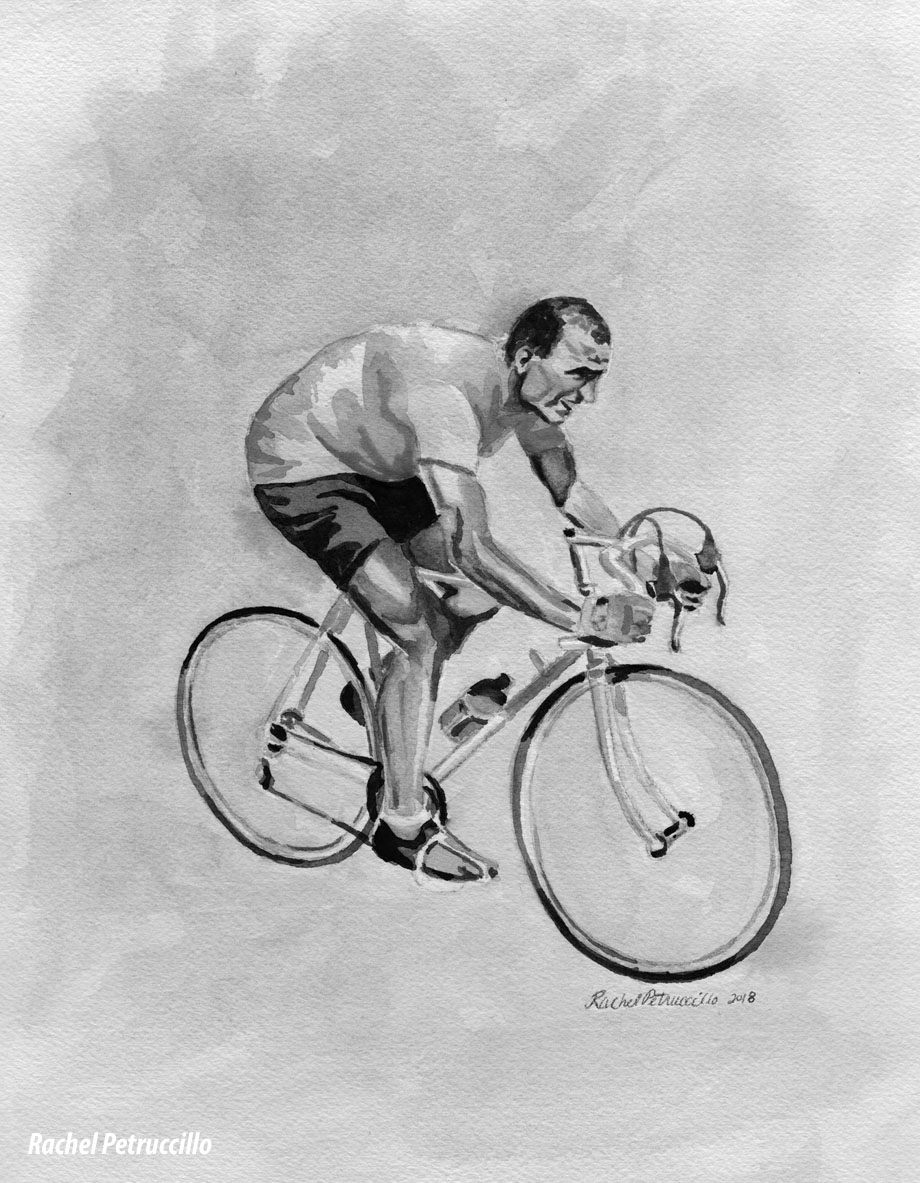 The book is subtitled “Ranking the Top 100 Cyclists of the Modern Era” and the author addresses bike racing only after 1936, a cut-off date that is not really arbitrary. Many of the races we know today did not exist before then and many races had a very domestic focus since it was not easy for racers to get around in Europe. Furthermore, the advance in equipment by the official introduction of derailleurs at the Tour de France in 1937 makes direct comparisons with the previous “Heroic Age” inaccurate. 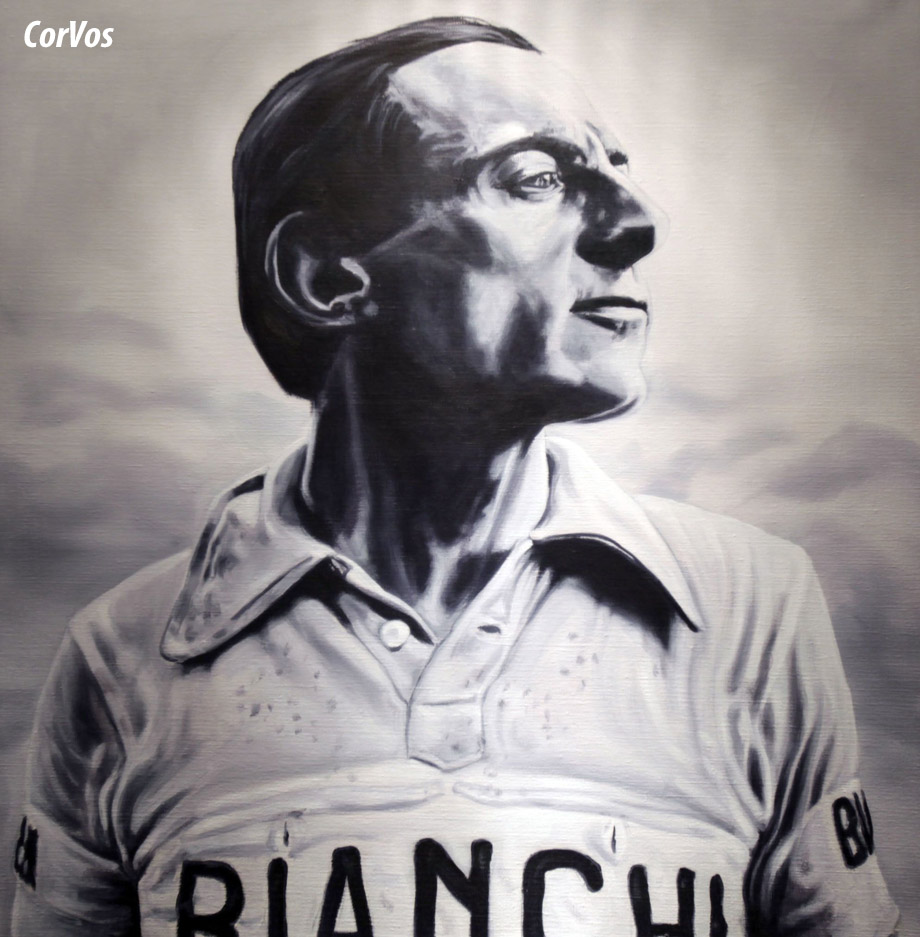 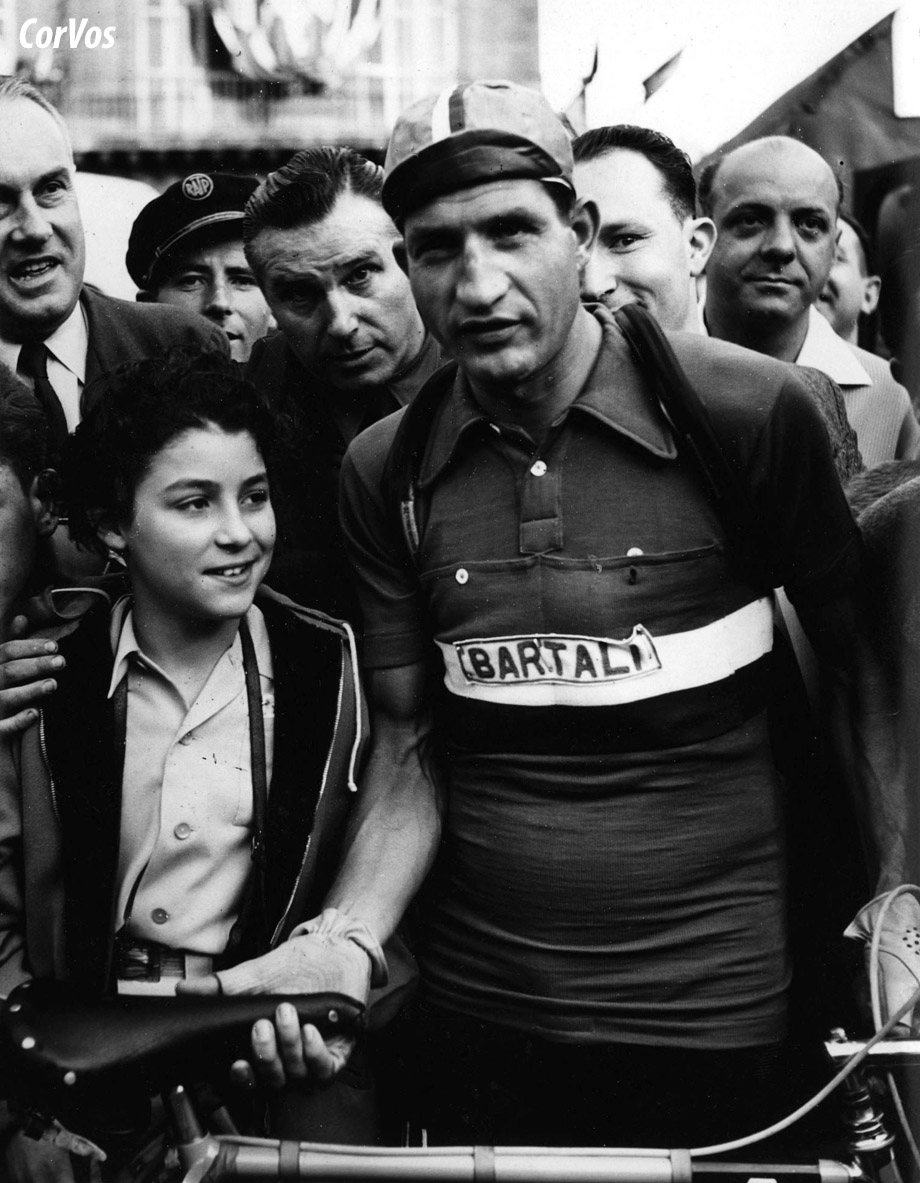 In establishing his rankings, Mr. Bowen has cleverly worked out a structure based on three elements. The first is allocating points for races won in ten different categories. Thus winning a Grand Tour gets you eight points for the Tour, six for the Giro and four for the Vuetla, but there are still points for podium places, stage wins and classification jerseys, while victory in one of the five Monuments gets you four points for Paris-Roubaix and three for the others. There are classics, semi-classics, time trials, the Olympics, minor tours and shorter stage races, the One Hour Record, and even the season-long competitions that once seemed to matter so much, such as the Super Prestige Pernod Trophy. The author has made an attempt to include races of wide geographical dispersion and that have run for 40 years, so some favourites (Strade Bianche, Tro Bro Leon) are absent. On the other hand, the impressive research that went into this book gives some attention to races unknown to many, such as the Grand Prix de Fourmies, run since 1928. (The book addresses only male riders as women’s pro racing is so recent and many of the races, such as the Classics, have no feminine version, but someday this might be addressed too as we already have some names that should be considered Legends on the distaff side.) 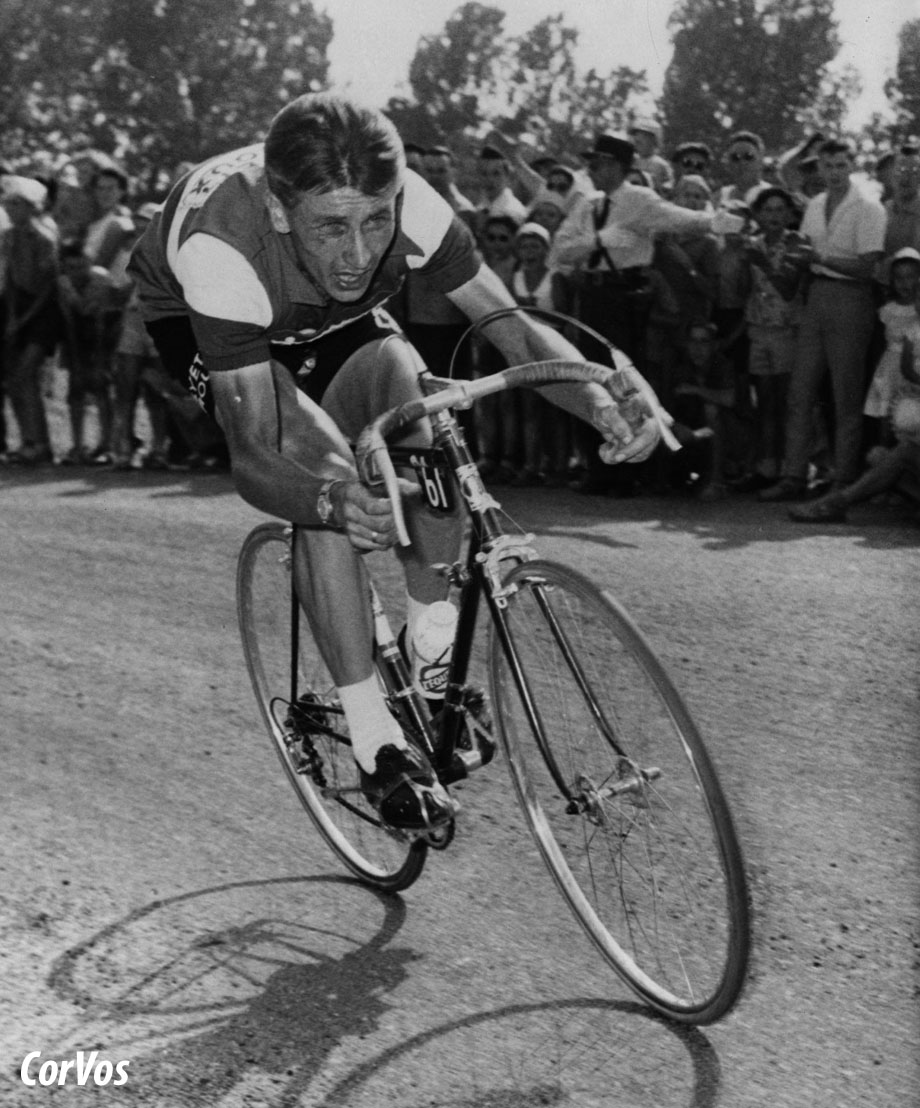 The additional elements in the author’s calculations are an adjustment giving credit to riders whose careers were shortened by war (Coppi, Bartali) or by serious injury (LeMond) and the last is an adjustment for outstanding accomplishments such as winning all five Monuments or all three Grand Tours. 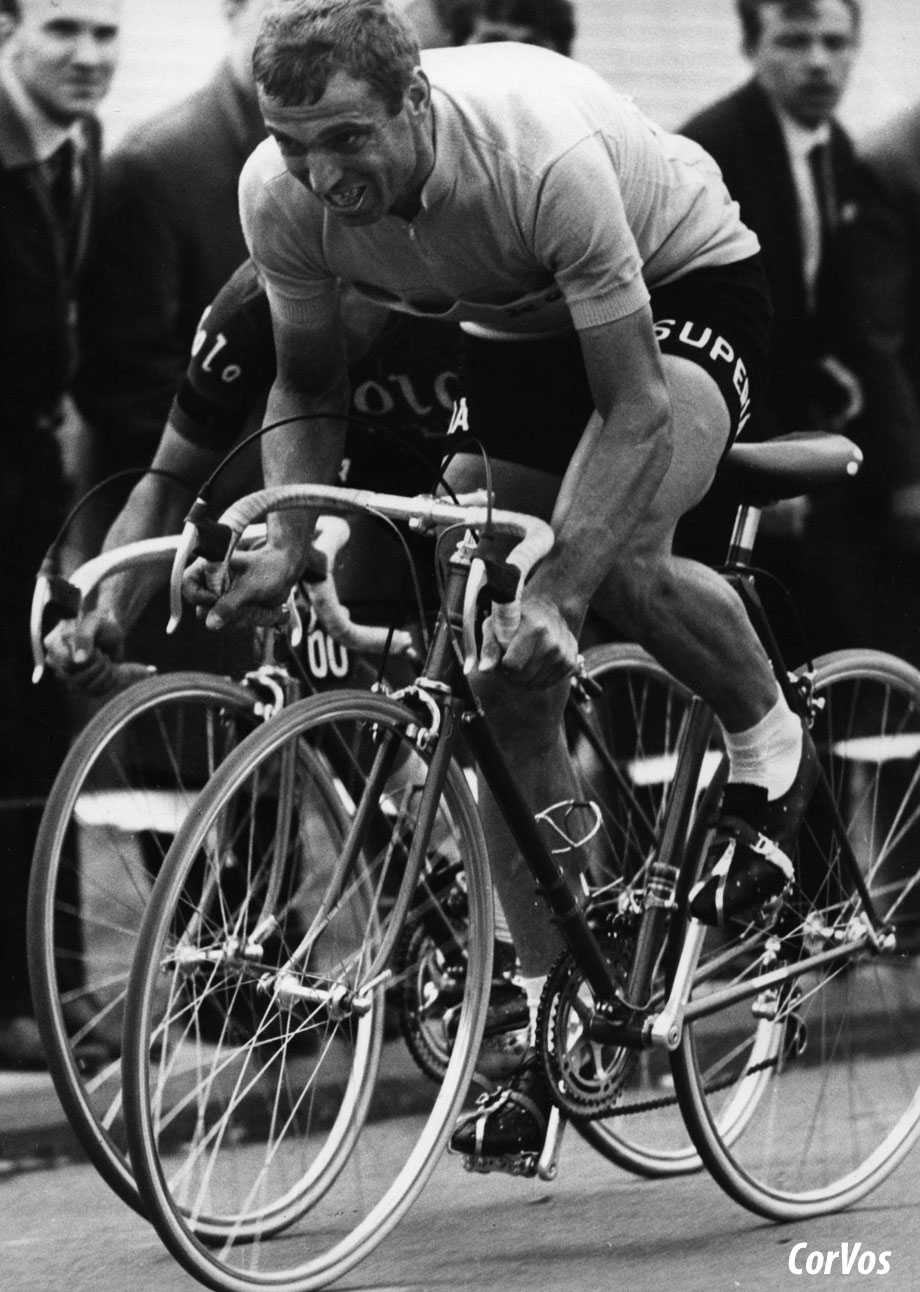 The author writes: “My goal was to create a somewhat balanced approach that recognized major accomplishments across a broad range of categories: single-day races, time t al events, stage races, the Grand Tours, season-long competitions, and the UCI Hour Record. Most other ranking systems I’ve encountered place too much emphasis on either the Grand Tours, or, conversely, on results in the single-day races. The general idea here was to create a greater awareness of, and appreciation for, those cyclists who have left their mark in a variety of different road events.” 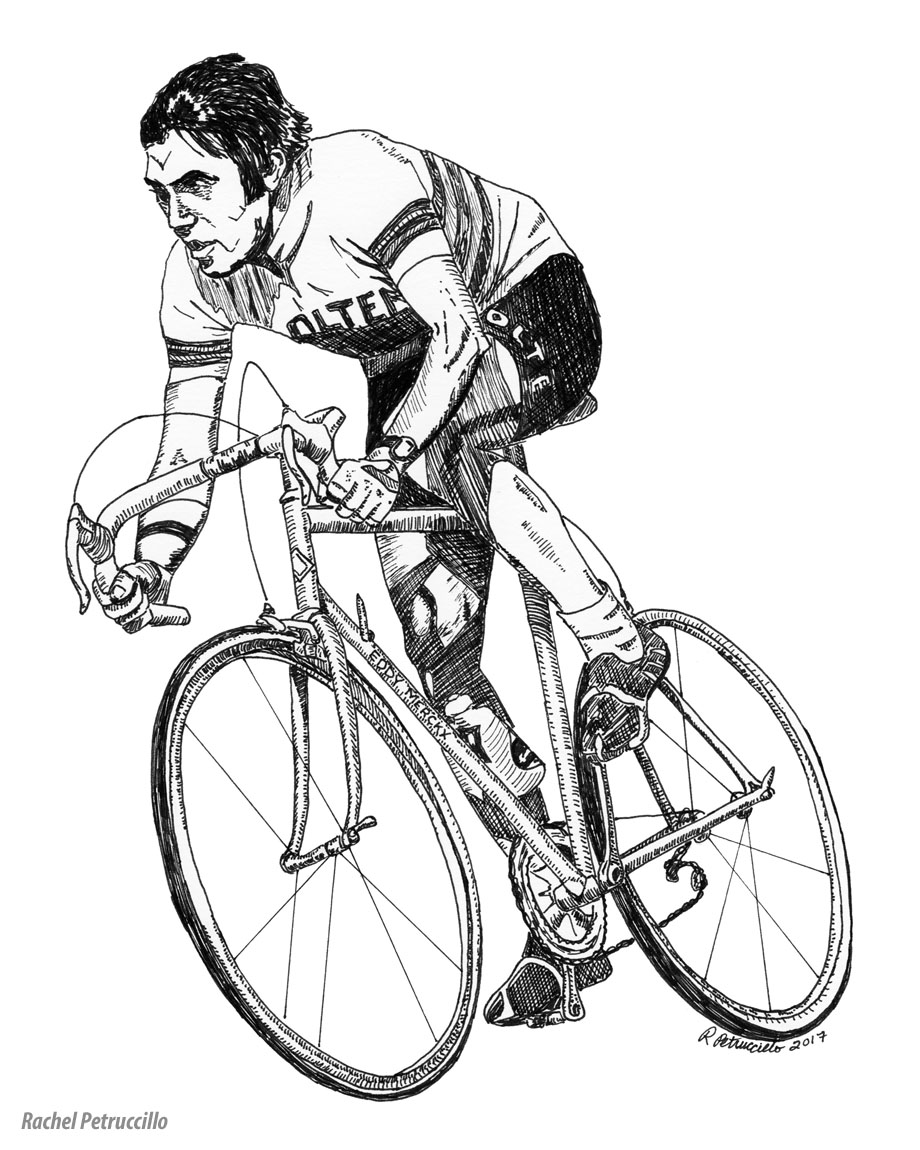 We will quickly end the suspense and tell you that the author’s finding is that Eddy Merckx is the top-ranked rider of the Modern Era. The Cannibal thus leads the parade of short biographies and lists for each of the cycling legends. Although the author has ranked 100 of them, only 50 pros are actually detailed in the book while the remaining bios are due to appear on his website, www.pelotonlegends.com/, now presently under construction. 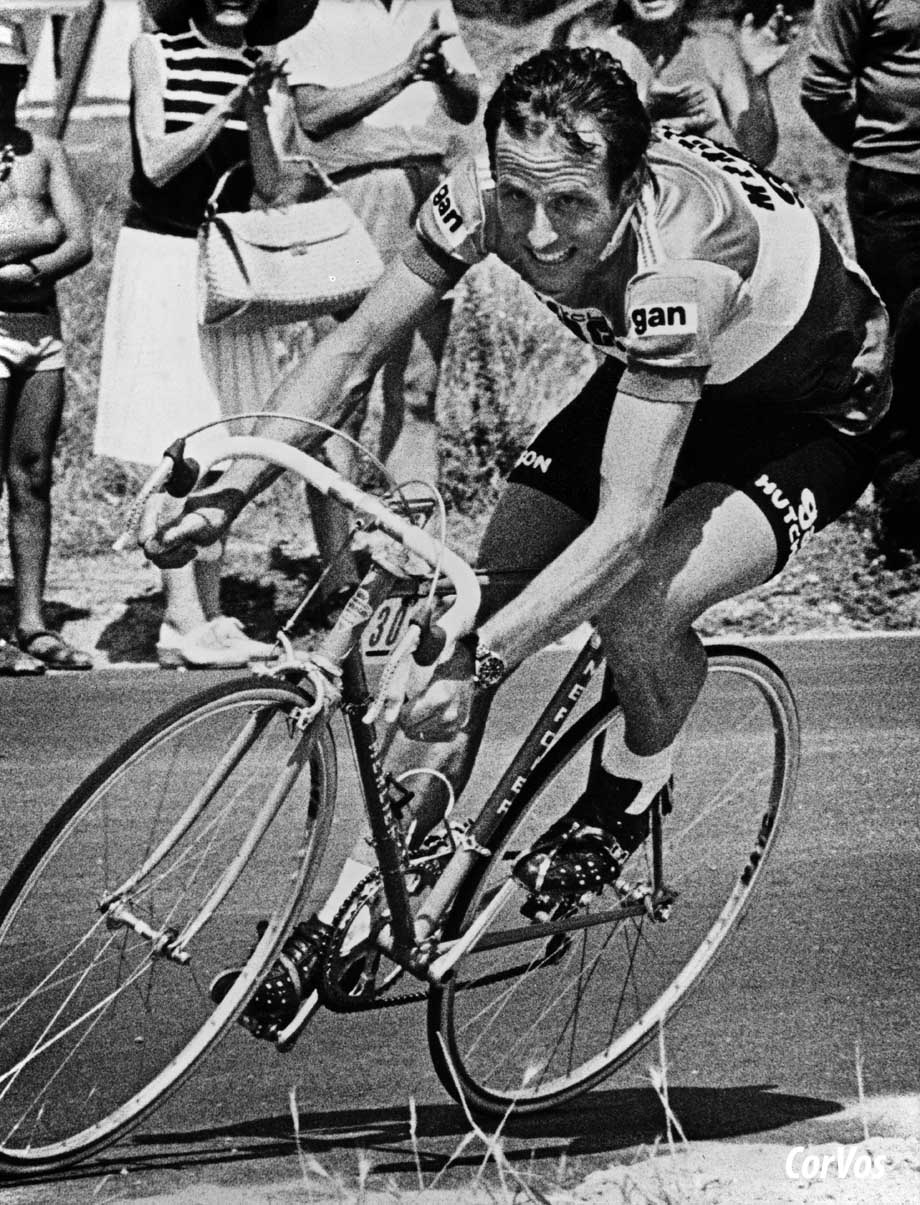 The little bios make a nice summary of each rider’s career and certainly address the author’s goal of helping us appreciate the accomplishments of riders often overlooked by today’s fans. What is striking is just how many different kinds of races the top riders won and these are just road races—Baron Merckx won 17 Six Day Races on the track (half of those he entered!), while Roger de Vlaeminck (No. 8) is not credited with all those cyclocross wins, and Bradley Wiggins (No. 75) cannot earn credit here for his impressive collection of Olympic track medals. Chris Froome currently stands at No. 16 (just behind Freddy Maertens) but one more Grand Tour win would move him into the Top Ten. Some riders have had one golden season that propelled them high on the list while others have chugged along for years. Alejandro Valverde (No. 10) is Spain’s top-ranked rider with an amazing palmarès of podium places in Grand Tours and Classics and is still not ready to stop at 40 years of age. 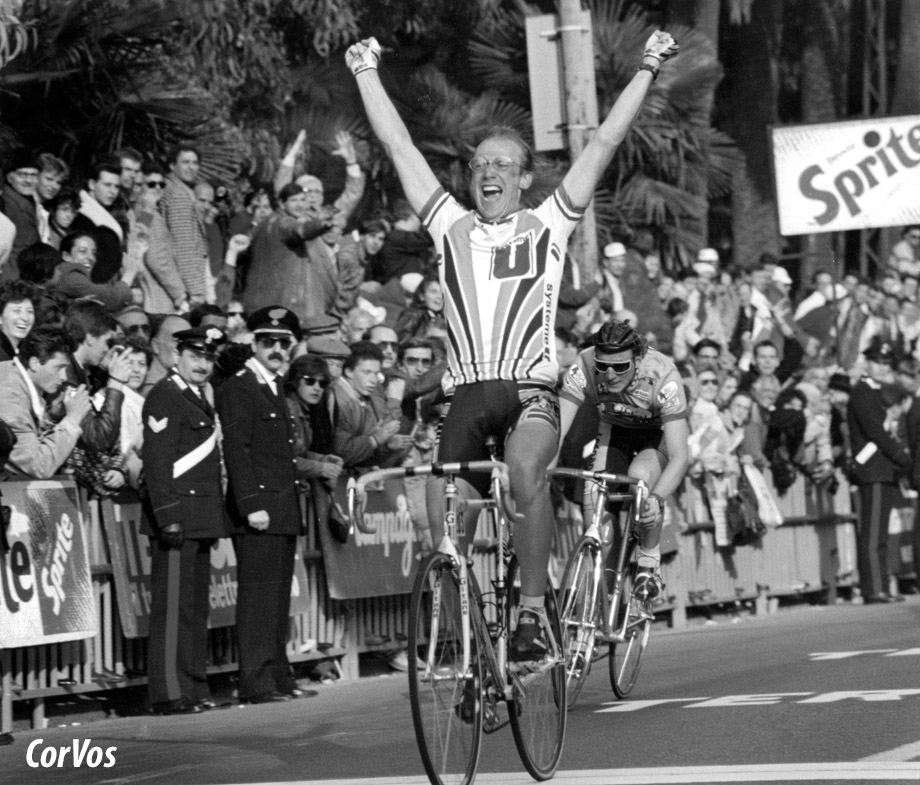 As usual the elephant in the room is doping and Mr. Bowen confronts it in a pragmatic enough way. He believes that a number of riders (LeMond, Mottet, Herrera. Van Hooydonk) saw their careers end prematurely in the EPO Era, while others advanced (Bugno, Indurain) under perhaps doubtful circumstances. However, we have what we have and if they are still on the UCI list as winners they are included in the rankings. Of course, Lance Armstrong’s Tour wins and Olympic time trial placing were disallowed which limits him to the other races he won in the calculations here, such as the 1993 World Road Race, Tour of Luxembourg, Flèche Wallonne and so forth, but these alone would not have gained him a place in the top 100. Inclusion of the disqualified results would have put him at No. 10, so still not the greatest as his nationalistic supporters continue to claim. 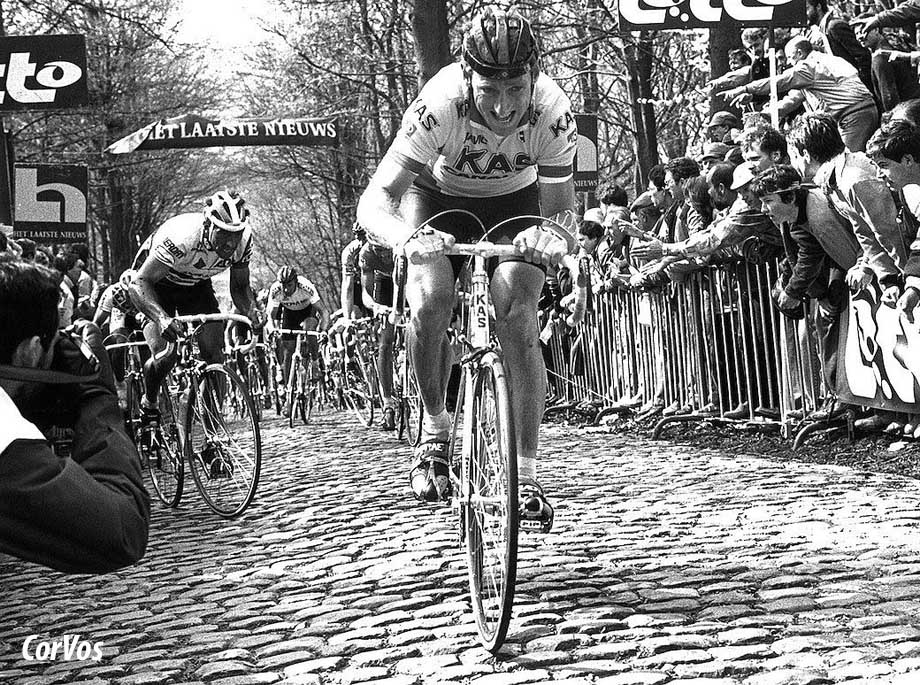 “Peloton Legends” is an engrossing stroll down Memory Lane and rewards random browsing. The author’s explanations of how the selection was made are clear and reasonable and the book is a happy testament to fandom and should be on all cycling fan’s bookshelves. 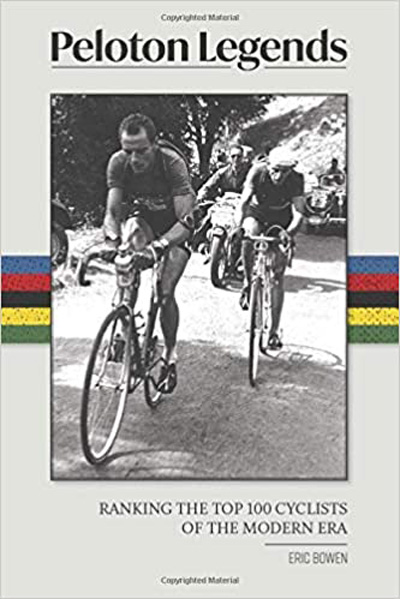 “Peloton Legends – Ranking the Top 100 Cyclists of the Modern Era”
by Eric Bowen is available from AMAZON.COM.