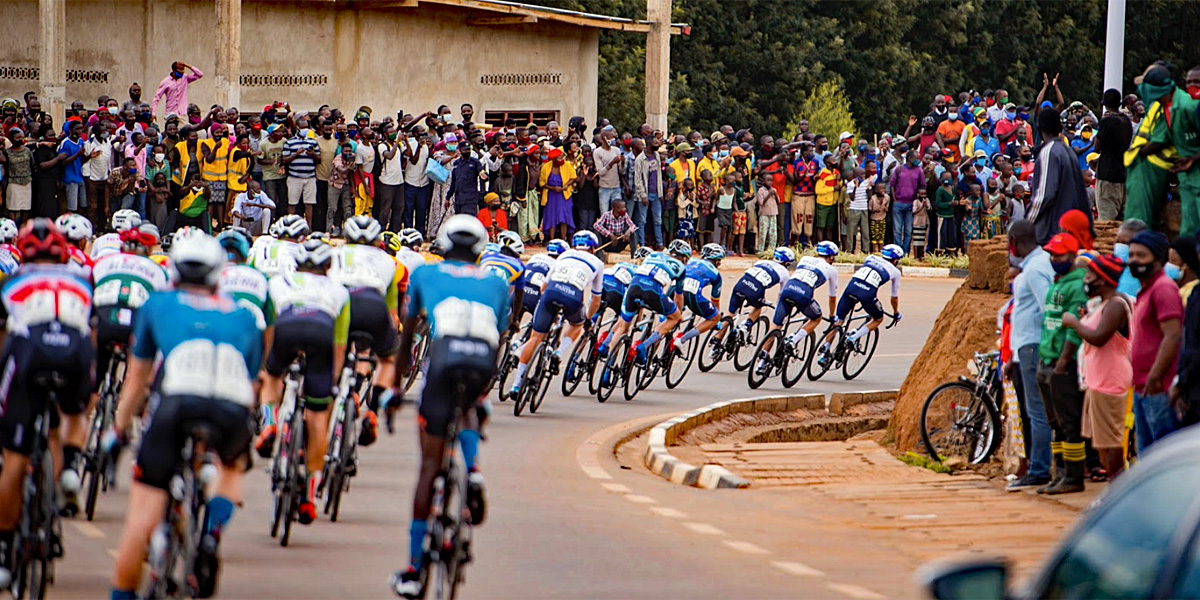 Rider Blog: Jason Saltzman and his Wildlife Generation Pro Cycling team headed off to Africa to ride the Tour of Rwanda, an eight-day stage race in East Africa. A very different experience for Jason, but a great read of us. 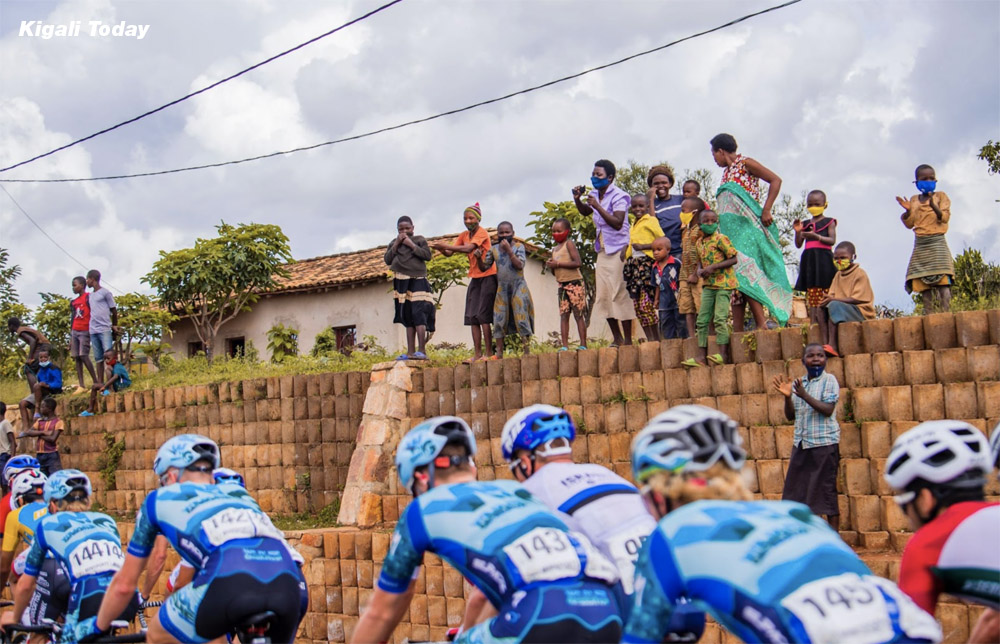 Spectators perched on walls or in trees were a common occurrence

I had never particularly imagined racing my bike in Africa. Of all of the international travel I have done and new places I have been to race my bike, Rwanda and the Tour du Rwanda were the most “out there” and “eye opening” experiences I have had to date. Having done the 14-hour flight to Istanbul earlier this year for the first block of racing in Turkey, tacking on another 7 hours of flying south, past the Equator, made for my longest bout of flying ever. Smooth flights with good sleep meant that upon landing in Kigali in the wee hours of Thursday morning spirits were high. That is of course until a couple of hours later we were still standing in front of the baggage claim carrousel with no bikes and no bags. 2:30am is not a great time to deal with luggage that never made it onto the plane from Istanbul to Kigali, and an even worse time to find out that the next flight arrived three days later at 1:00am on Sunday morning, the first day of the race. 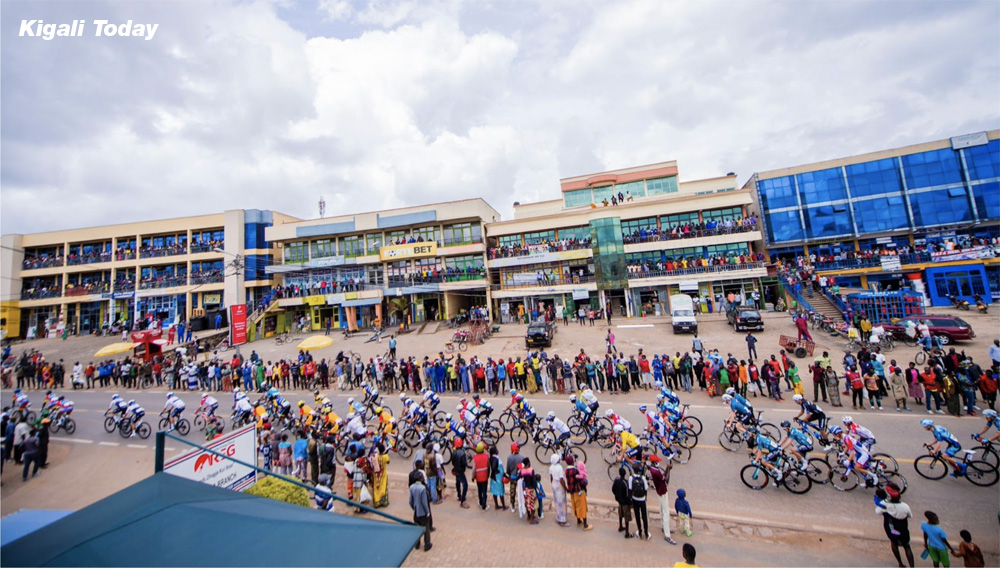 So, what do you do with no bikes, no bags, and no real ability to speed up the process? Well, on Thursday we took a nice long walk to the nearest grocery store, 3km away and enjoyed playing tourist more than normal when getting ready for a stage race. Luckily, by Thursday night we had managed to borrow a bike from another team at the hotel and on Friday and Saturday we rotated our five riders (myself included) on and off of the single 54cm bike (we have riders ranging from 5’5”/165cm to 6’3”/189cm) attached to a small, packable stationary trainer. Surely, two days of an hour or two per rider on a bike that sort of fit, on a trainer on a hotel balcony after two days of no riding isn’t the ideal prep for an eight-day stage race. Stress remained high through Saturday as there was no guarantee that the bikes and bags would show up before the 10am start on Sunday morning. Spoiler alert – the bikes and bags did show up. While us riders were fast asleep, our three staff worked through the night, retrieving the bikes from the airport at 1:30am and building 8 bikes, checking spare wheels, and preparing race supplies using headlamps and what I have to imagine was a fair bit of coffee. Almost by magic, when we got to breakfast, bags were at our front doors and bikes were stacked neatly with frame numbers and transponders mounted. The race to even start the race was won. 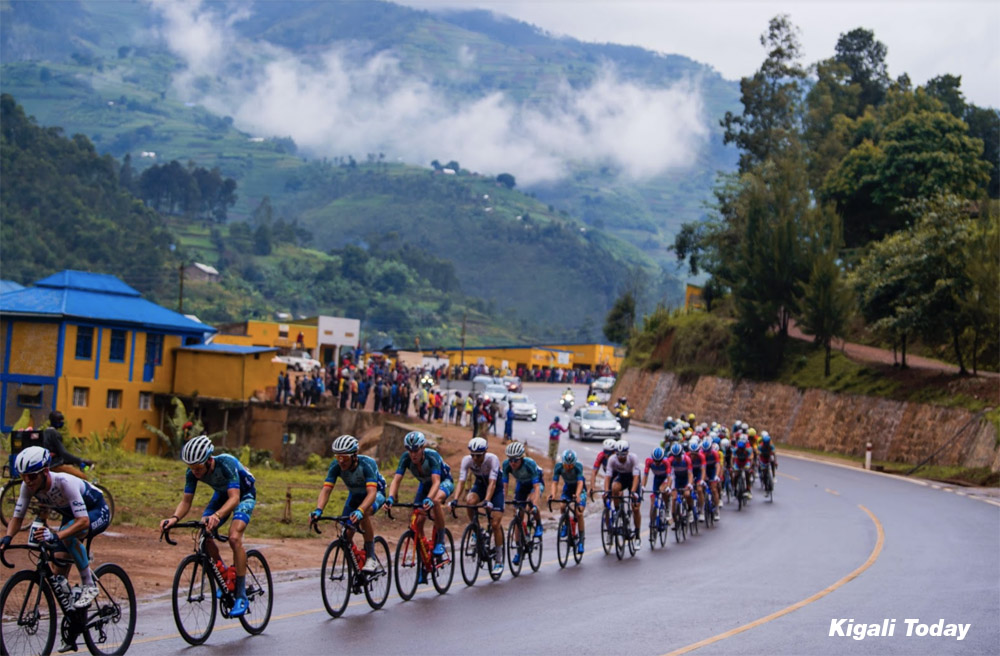 Ominous clouds, wet roads, and all five Wildlife riders in a row is a good summary of the week

The Tour du Rwanda was 8 days of hard racing through the “Land of 1000 Hills” against a field that included WT and PRT teams with heavy hitters. As the moniker suggests, flat roads were few and far between all week. Following our pre-race excitement, it was lucky that stage one started with 50km of gentle rolling roads to an equally rolling 6km circuit. The name of the game was survival and making sure to keep Alex Hoehn, our GC hopeful, on same time. We made it to the circuit with little commotion and the circuit laps proceeded in roughly the same manner. With one lap to go it was clear that it would be a large group charge to the line and that safety was the top priority. My teammates and I dropped Alex off behind the BnB Hotels train with 3km to go. My job done, I rolled in, in the middle of the peloton. All of a sudden, a voice over the race radio exclaimed “Alex 2nd!”. Not bad for a day we began with the goal of opening the legs and staying same time. Alex’s 2nd place on stage one confirmed his form and further emphasized our goal for the race… the GC podium at the end of the week. 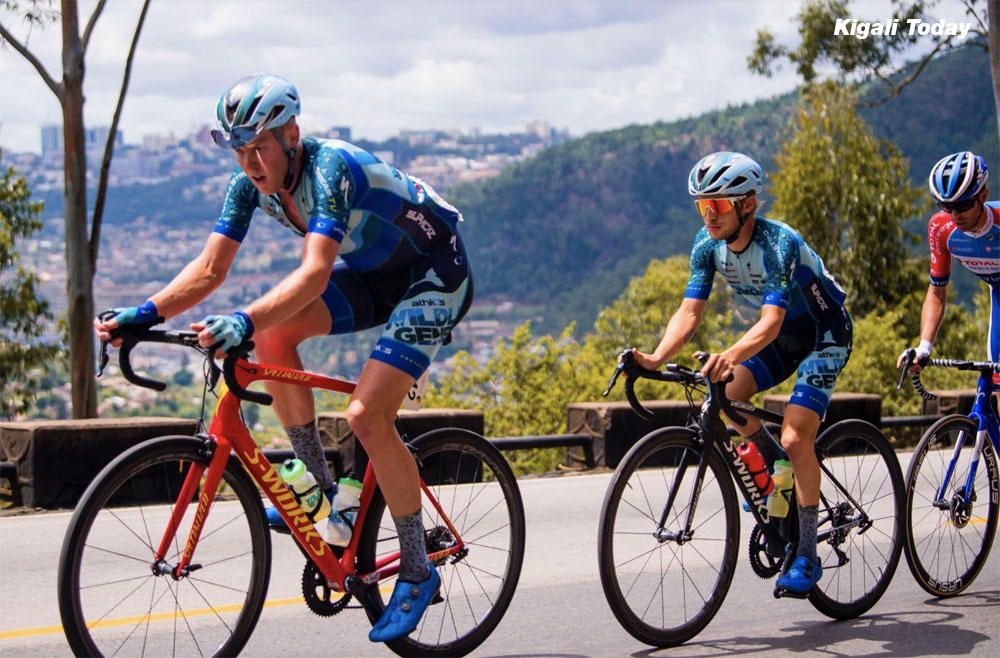 Climbing up and away from Kigali with Cormac on stage 4

Put simply, riding for GC is pretty boring until it isn’t. As an underdog team, not wearing the leader’s jersey, we were rarely called upon to ride the front. Stages two through five were largely spent playing “cover and kill” until the early break went up the road, sitting as the second or third team behind the GC leader’s team as they controlled the gap to the break, and shuttling bottles back and forth from the team car. After five days of racing, Alex was sitting 3rd overall, only four seconds down on the race leader and tied on time with three other riders despite multiple mountain and hill top finishes. 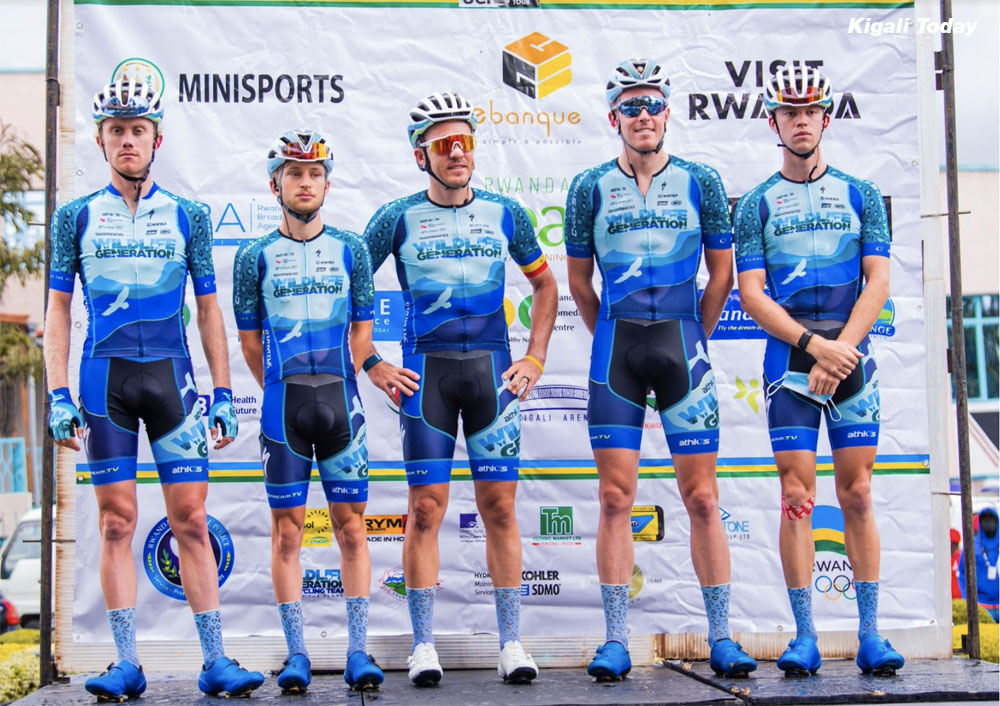 Stage six was the day that tested the team’s strength the most. After the early break went, the leader’s team held the gap at under a minute over the top of the first of three category one climbs. However, as their strength waned, the gap ballooned out to over seven minutes across the plateau and through the valley leading into the second climb. There were a few riders in the break who were about four minutes down on GC at the start of the stage and it was clear that without significant work the GC battle was lost. Over the top of the second climb and across the ridge Cormac and Serge went to work and with some help from the Israel Startup Nation team, we closed 3 minutes in a matter of 15-20km. Just as we started the true descent, the skies opened up and the torrential, tropical rains that we had mostly avoided (the rain had largely happened post stage for the first few days) began to pour down. A few crashes in front of us, including the yellow jersey, meant that there was a split in the field and at the bottom of the descent (with 4km flat to the start of the HC finishing climb) there were 10 riders up the road with 45 seconds on Alex. Riding flat out to close the gap to the riders up the road before the climb, I clawed back a handful of seconds and watched Alex take off in pursuit once the road pitched up. Across the line, Alex had lost 41 seconds to the new GC leader, an amount of time that seemed catastrophic in what had been a race separated by a matter of seconds at the start of the stage. 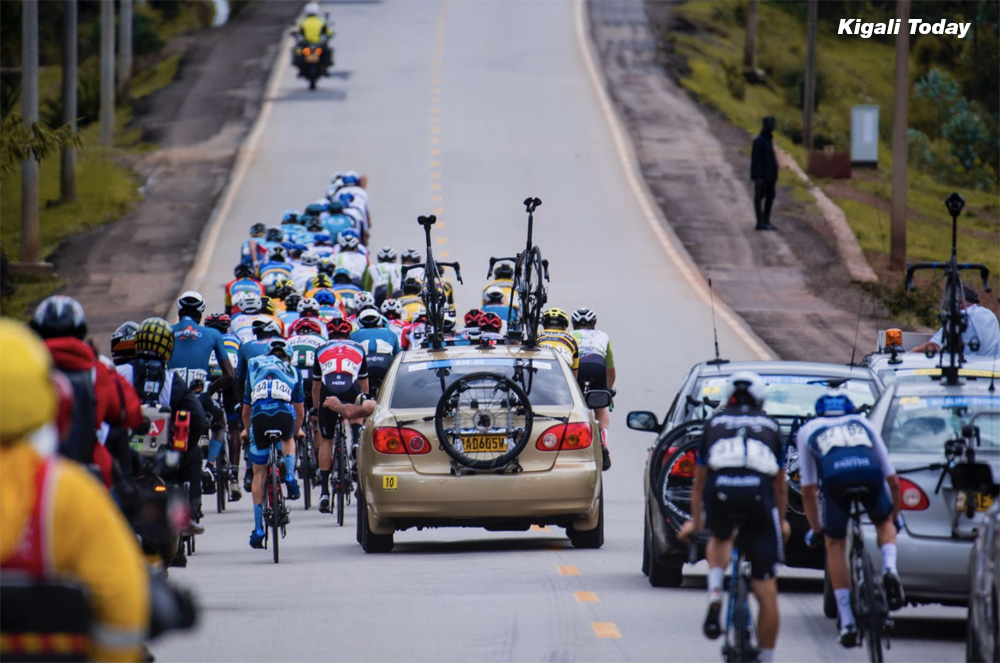 How many water bottles do you think I can fit in a XXS jersey?

The short, 4.5km stage seven time trial previewed part of stage eight’s circuit and included the infamous Mur di Kigali, a 500m 14% cobbled wall. Alex put in one hell of a ride to finish 2nd on the stage by less than a second and gained back seven seconds on GC leaving him 31 seconds off of the podium headed into the final stage. The final stage was short, at only 75.3km but climbed almost 2000m on a hilly, technical, and sometimes cobbled city circuit through Kigali. We entered the stage with a sort of “all or nothing” plan to get Alex back on to the podium. Despite our best efforts, Total Direct Energie did an admirable job controlling the race and brought the field to the base of the finishing climb (as the skies opened up again) all together. Alex finished fourth on the stage, yet again proving that he was amongst the best climbers in the race. As we all gathered at the team car, it wasn’t yet clear what had happened with GC. A few moments passed and a UCI official came sauntering over holding up three fingers and pointing at Alex. By the skin of his teeth, Alex was 3rd on GC! Eight days of riding later, we had accomplished the lofty goal set out at the beginning! This was an incredible result for Alex and an equally incredible result for the team. Like the races in Turkey earlier in the year, the Tour du Rwanda truly showed what this team is capable of and set the stage for the second half of the season. While it may sound cliché, the week in Rwanda really emphasized the role that camaraderie and teamwide buy in to a goal can have on both collective and individual success. 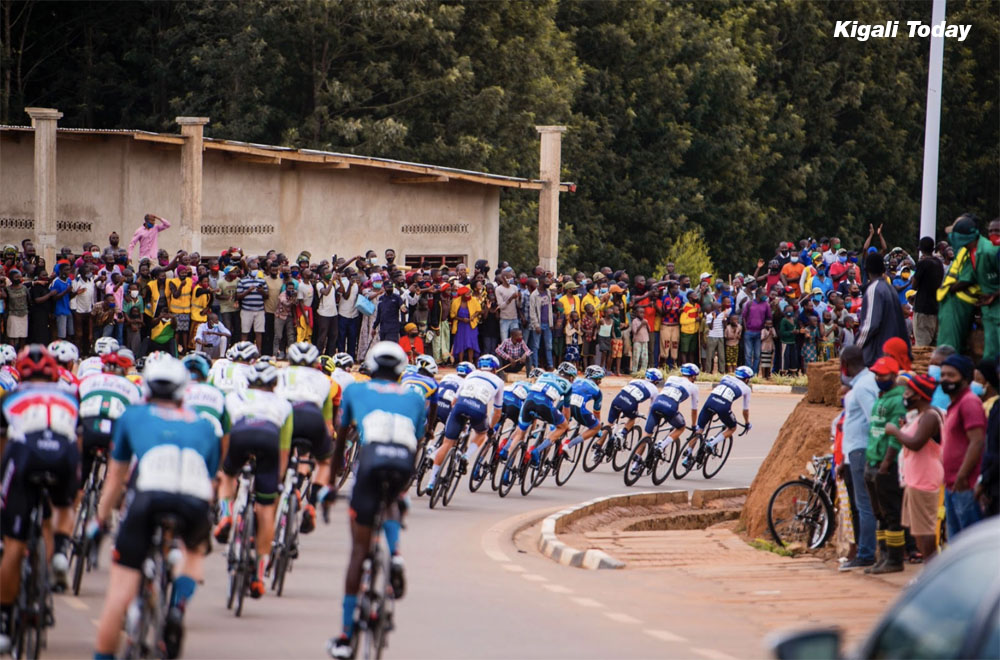 Thousands of fans lined the roads of every stage

Beyond the racing, the cultural experience of being in Rwanda was incredible. Despite being a developing nation where the vast majority of the population leads a subsistence lifestyle, almost everyone seemed to maintain an air of happiness and contentedness. The moto taxi drivers all wore giant smiles as they darted in and out of traffic that seemed like a physics-defying game of Frogger. Race fans and spectators appeared along the roadside by the hundreds and thousands, often rushing up from the field or seemingly popping out of the forest as we rode through places that had moments before presented as “the middle of nowhere”. As visual minorities, we were often cheered on by (or jovially called out as) the term “Mzungu”… which literally translates to “pink man”. This cheer of jest and recognition of our minority status was never a sign of disrespect or a chant of threat. Instead, it was almost a joke and served as recognition of our novelty. Having raced around the world, including in the more traditional cycling enamored nations, I can safely say that the crowds and fans in Rwanda were as passionate about the race and the sport of cycling as any European I’ve ever seen. 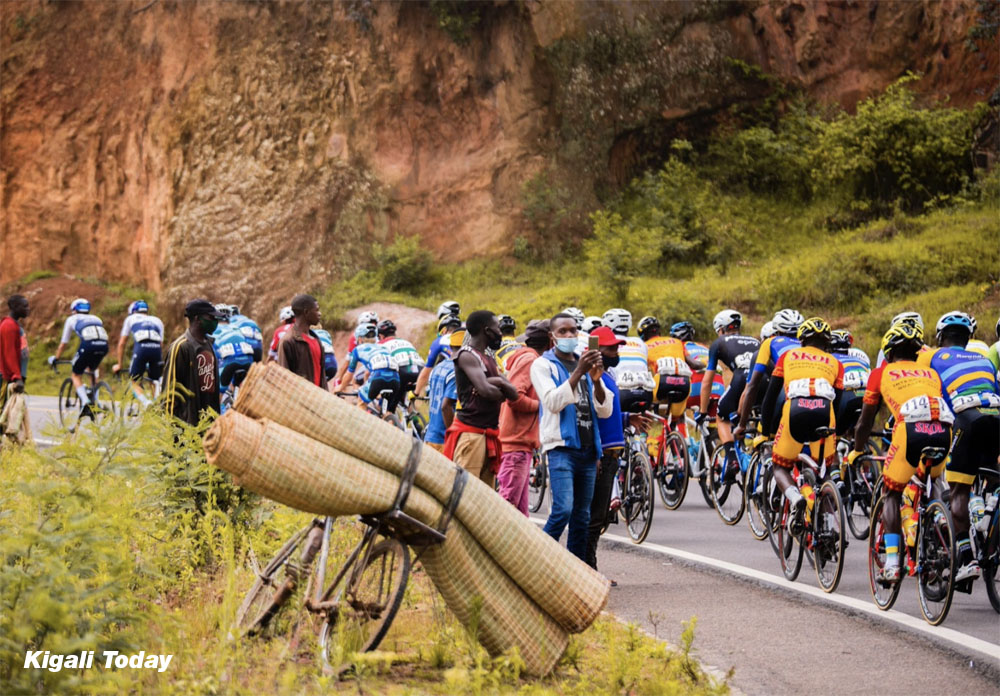 Who do you think had the harder ride? The use of bikes as transportation for people and products in Rwanda is incredible

While it may not have been a “normal” race, in a “normal” location, under “normal” circumstances, this trip to Rwanda was certainly one of my favorite race experiences both on and off the bike. We showed up as underdogs with no luggage in a country that none of us had ever been to. We raced cohesively and effectively as a team and accomplished some amazing results. We all were captivated by the new and novel social and cultural experiences. And, as I have ended most of my blogs so far this season, we set the stage for what will be an incredible second half of the season! 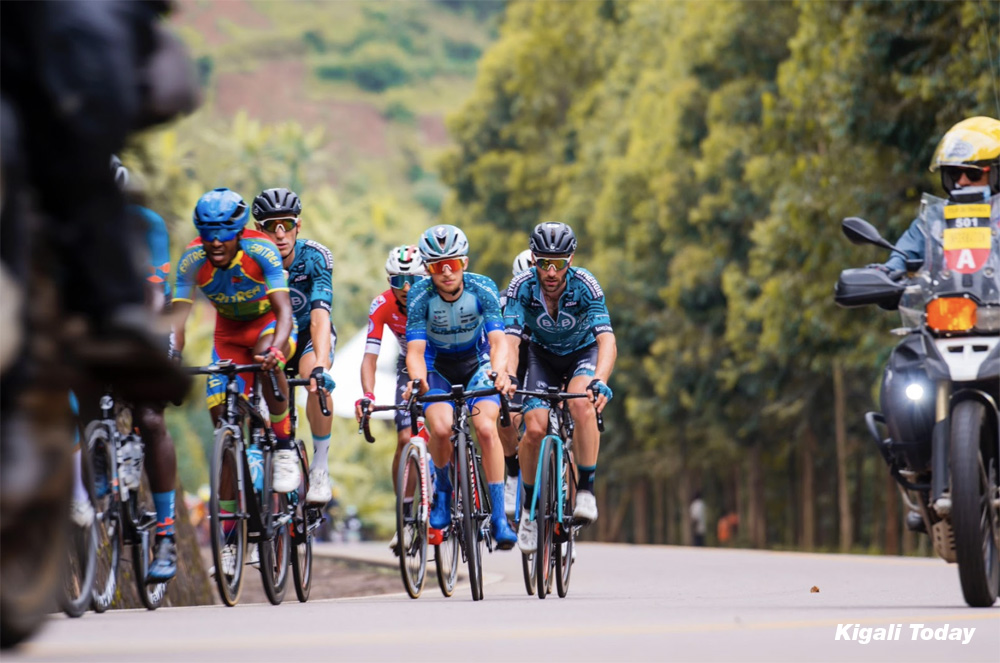