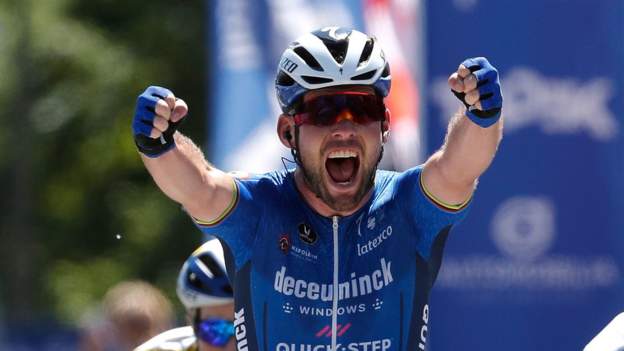 Britain’s Mark Cavendish won a thrilling sprint finish to claim victory on the final stage of the Tour of Belgium, while his team-mate Remco Evenepoel claimed overall honours.

Victory in Beringen was the 151st of 36-year-old Cavendish’s career.

For 21-year-old Belgian Evenepoel if was a fine way to bounce back from his disappointing major tour debut at the recent Giro d’Italia.

In what was his return to competition after being seriously injured in a crash at the Giro di Lombardia in August 2020, he dropped out of the Giro after the 17th stage.

“After my comeback and my long, long rehabilitation, hard training and a lot of setbacks as well, it feels amazing,” Evenepoel said.

“It shows I’m on the right track to return to my top level.”