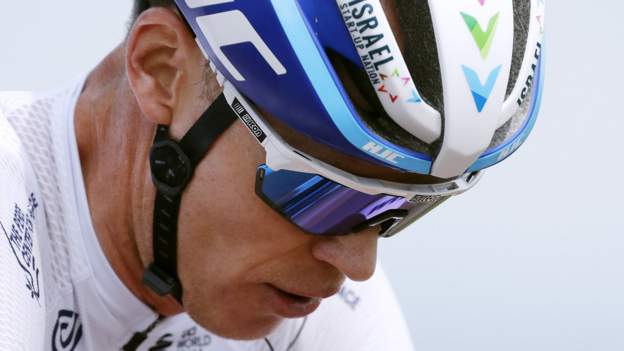 Chris Froome will not lead his Israel Start Up Nation team at this month’s Tour de France.

The team have announced Canadian Michael Woods will instead try to win the Grand Tour event.

It is not yet clear if four-time winner Froome will be part of the eight-man squad for the race, which begins on 26 June.

Froome has been trying to regain form since suffering multiple fractures in a crash at Criterium du Dauphine in 2019.

Froome, 36, recently said he did not expect to be competing for victory at the Tour this year after spending the early season working as a domestique, trying to recover his form.

But the seven-time Grand Tour winner has lost ground at each race he has competed in.

Israel Start Up Nation, who signed Froome on a lucrative multi-year contract last year after Ineos Grenadiers decided not to renew his contract, had hoped Froome would recover in time to lead the team at this year’s race.

They are yet to announce which seven riders will be supporting Woods, but it is thought Froome could compete as a domestique to try to improve before this year’s Vuelta a Espana – a race he has won twice before.

Woods said: “I am honoured to be given this position, especially considering the quality the team have.”