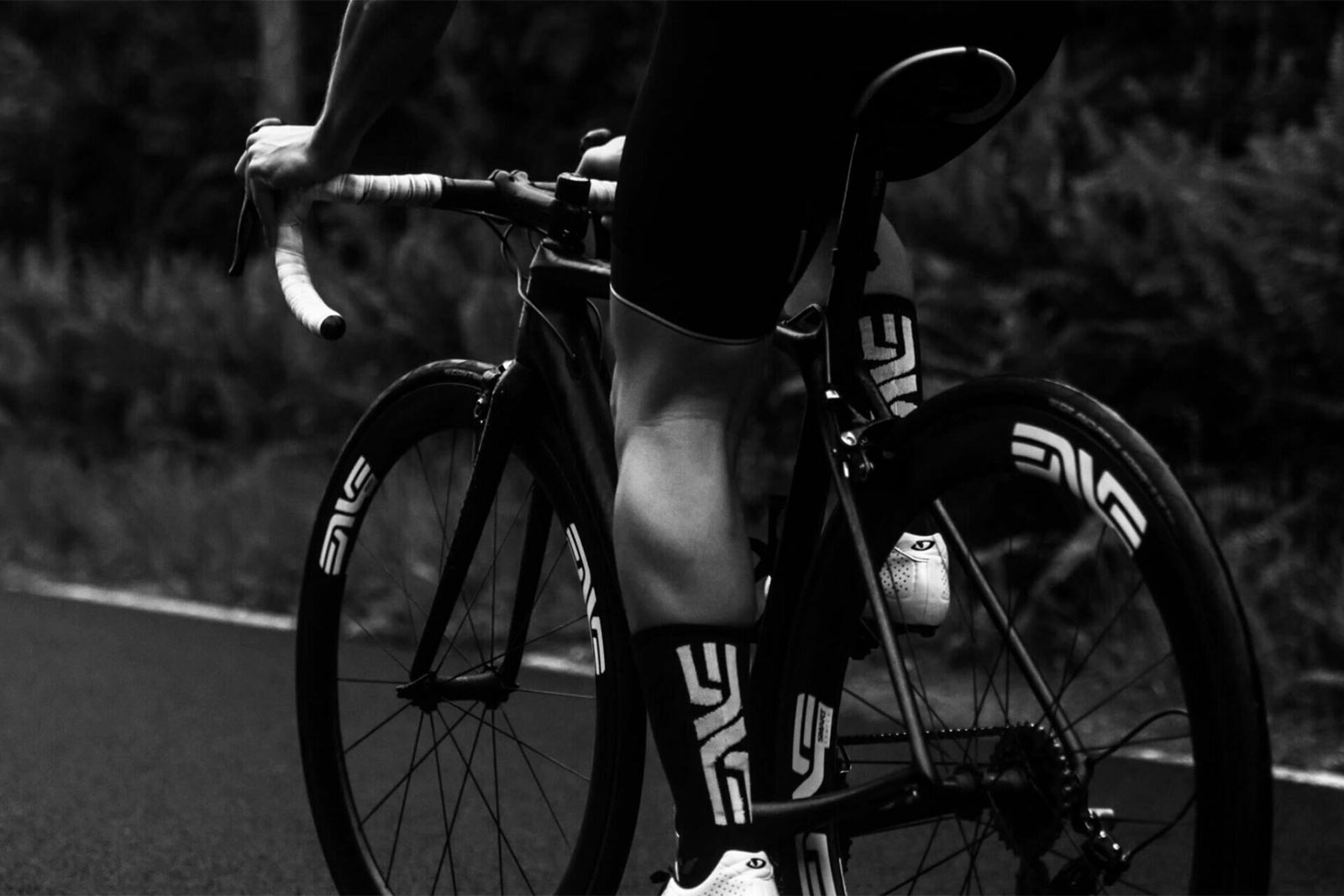 Considering they make their carbon rims in house, and build the wheels in house here in the States, why are ENVE’s wheels completely out of stock until spring 2022? Yet, their $10,000 custom road bike, which is also made in-house in Ogden, Utah, will start delivering this summer.

Even more confusing is why their cockpit parts, which are mostly made in Asia, are currently available. Shouldn’t it be the other way around? We thought so, so we reached out to ask why their inventory is so tight for wheels, but handlebars, stems, and forks are basically ready to ship.

Spoiler alert: Technically, they’re only sold out at ENVE.com. You can still get their wheels from their dealers, but the story is more interesting than that…

ENVE’s Marketing Manager Neil Shirley told us “…it’s literally demand. We’re not having issues getting spokes or anything like that. We don’t have any immediate supply chain issues. And I think Utah has the lowest unemployment of any state so maybe people can afford them. We’re looking at ways to speed it up, like opening up overtime and Saturday hours on the production lines, but it really just comes down to the number of orders and the amount of labor we have.”

OK, but why the insanely high demand?

Blame your local bike shop. Or at least, partly. ENVE’s stocking dealers have inventory, and they place larger orders. But there’s also online retailers. And OEM partners, though ENVE’s  VP Commercial Sales Brandt Furgerson told us they earmark far more inventory for aftermarket first (via wholesale and export accounts), much less for OEM. And they do a comparatively very small amount of direct e-commerce from their own site.

Then there’s the bike boom. But are there really that many people really buying $2k-$3k wheelsets? Well yes, but we should qualify that.

ENVE won’t say how many wheels they make per month, but they did tell us that their average monthly output is up 65% over 2020 numbers. In fact, in their own words, they’re shipping more wheels than they’ve ever shipped before.

We’ll get to where all those wheels are going. But first, where’s all that demand coming from? ENVE has a couple theories…

All those stimulus checks probably gave some people all the excuse they needed to upgrade. And with the new $1,600 Foundation Series road wheels, AG gravel wheels, and AM30 mountain bike wheels, all of a sudden ENVE’s a lot more approachable.

And then there are the people that had been budgeting for an entirely new bike, but now can’t get those, so they figured they’d just upgrade the one they have.

Lastly, people aren’t traveling as much, so whatever vacation dollars they would have spent on travel might be getting spent on bike stuff.

Basically, the issue isn’t supply chains, it’s labor supply and consumer demand. There are orders on the books that take up all of the available production time until early 2022.

What about ENVE’s carbon cockpit components?

For carbon cockpit parts, there’s a little available at any given point, but they have shipments coming in all the time. ENVE says that each shipment is usually sold out by the time it arrives, but if you ordered now, you’re probably looking at 2-6 week lead times…for many parts, but not all. Like their AR handlebars, for example, which won’t ship from ENVE directly until some time in August, all of the currently inbound product is already earmarked for distributors and retail customers.

Which is better than 8-10 months like it is for wheels. They do, however, have good stock of their alloy stem and carbon rigid mountain bike fork.

Want some wheels? Get in line.

If you’re jonesing for a new set of wheels and aren’t in a huge hurry, they’re taking preorders with anticipated delivery in early 2022. Hit the links below to go directly to the pre-order pages for:

ENVE says they keep their website updated with approximate lead times on most components, so hit that link below and take your pick. If you want their custom decals, hats and shirts, or handlebar tape, those all ship in about 2-5 days.

If you are in a hurry, call your local bike shops and see what they’ve got. Competitive Cyclist is their largest online dealer and stocks them. R&A Cycles and JensonUSA, too, so shop around.

Disclosure: Some of these links are affiliate links that may earn a small commission for Bikerumor if you click on them and buy something. This helps support our work here without costing you anything extra. You can learn more about how we make money here. Thanks!