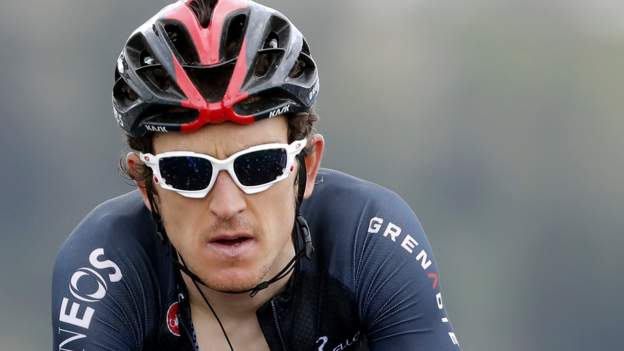 Ecuador’s Richard Carapaz will also be a leading force in the British team, which could win the yellow jersey for an eighth time.

“We have changed our race philosophy to being more open and aggressive,” said team boss Sir David Brailsford.

Cycling’s biggest race gets under way in Brittany on 26 June.

Geoghegan Hart took Ineos’ only World Tour race win last year at the Giro d’Italia – after the team lost out to Slovenia’s Tadej Pogacar in the Tour – and is one three British riders in the eight-man squad.

Brailsford added: “We won’t win this Tour by sitting in the wheels. We have the team to make it a racers’ race, take the initiative, seize every opportunity and make our opposition focus for every kilometre of every stage.”

Last year’s race saw one of the most dramatic conclusions in it’s 108-year history when Pogacar, of UAE Team Emirates, overcame a near one-minute deficit to beat compatriot Primoz Roglic, of Jumbo-Visma, during the penultimate stage’s time trial.

The two Slovenian riders are the favourites to win the race this year, with both showing the strongest performances of any rider during the season so far.

But both Pogacar and Roglic have prevailed when up against Ineos’ strongest riders in stages races, leaving the three-week race perfectly poised.

Brailsford added: “Our performances have built all season and a joy of racing has infused the whole team. This more adventurous approach has led us to fearless racing and this is exactly how we will hit the Tour.

“We will seek out every moment in every stage where the race is on and try to exploit it. Key for us this Tour is our collective strength and camaraderie to the end. Expect the unexpected.”

The 21-stage race, which takes in tests across the French Alps will most likely be decided in the Pyrenees across the final week, or on the penultimate day’s 31km time trial to Saint-Emilion.

The race ends with its traditional procession and sprint finish on the Champs-Elysees in Paris on 18 July.