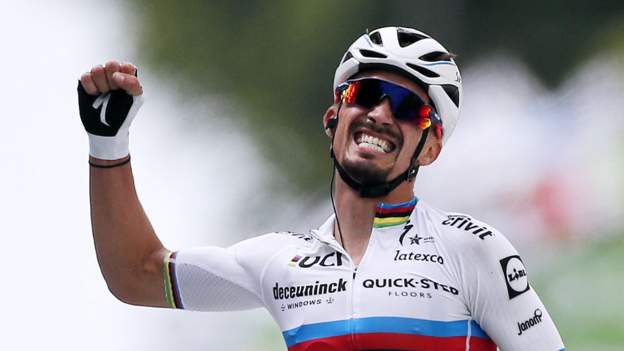 Julian Alaphilippe sprang a superb late attack to win stage one of the Tour de France after two huge crashes in the closing stages.

The 2020 runner-up Primoz Roglic, and Britain’s Chris Froome were among those to fall in two separate incidents in the final 45km.

The 197.8km run from Brest to Landerneau had been uneventful until a fan holding a placard sparked the first mass pile-up.

The second crash came 8km from the end.