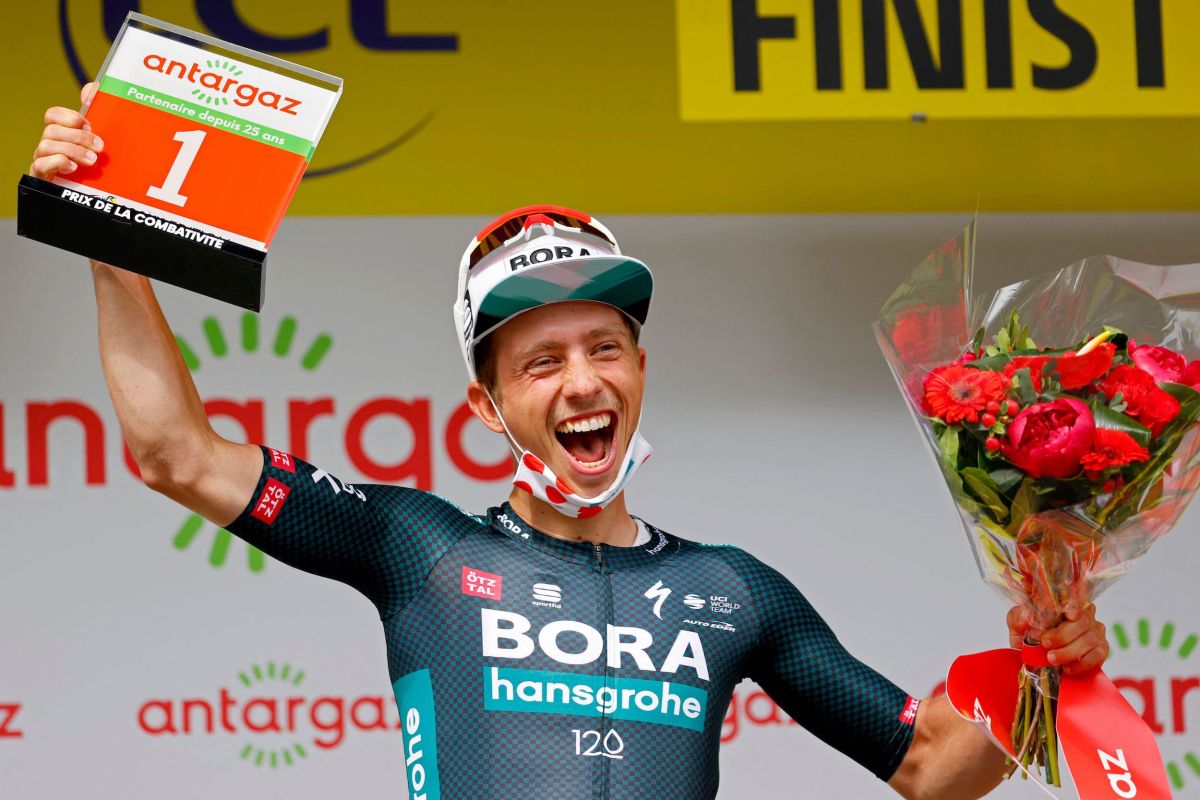 The Tour de France has many prizes available, but it isn’t all about the yellow, green, polka-dot and white jerseys. A red number is up for grabs as well.

The official rules say the prize rewards “the rider who gives the biggest effort and shows the best sportsmanship.”

But who decides which rider takes this award and a quick trip to the podium for a framed red number and a cuddly toy?

The award was first introduced to the race for the 1952 edition and has since been shaped into the classification it is today.

The daily prize is awarded by a jury chaired by the race director, though in recent years has also been voted for online by fans, who are able to choose between certain riders that have animated the stage. That rider is then given a red number to where on the following stage to show he was the most combative from the previous day.

You are often more likely to get the prize if you are French.

A super-combativity prize is also awarded to a rider at the end of the Tour de France, which is selected solely by the race jury. The 2020 prize was won by the amazing attacker, Marc Hirschi (then Team Sunweb) after he battled in the breaks taking a stage and narrowly missing out on polka-dots.

The super-combativity award is sometimes picked on the penultimate stage but usually on the final day into Paris, with the lucky the rider receivinge €20,000 for his troubles.

This page will be updated as the race progresses