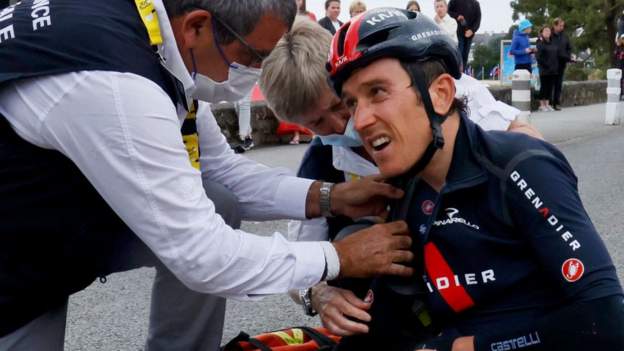 Geraint Thomas was one of several riders involved in crashes as Tim Merlier won a dramatic stage three of the Tour de France.

Welshman Thomas and fellow race favourite Primoz Roglic both lost time after falls during the the 183km stage.

Caleb Ewan also crashed in the closing stages, bringing down former world champion Peter Sagan as he did so.