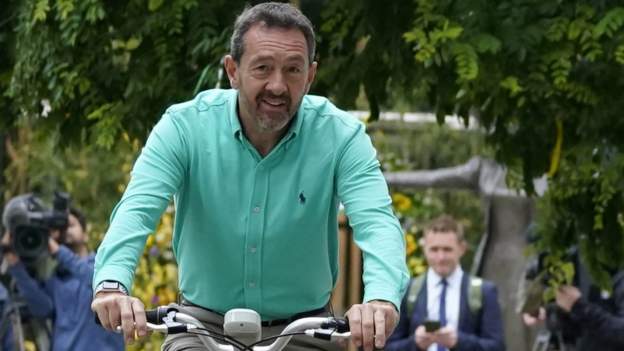 Boardman, who won Olympic cycling gold in 1992, will replace Nick Bitel, who has held the post since 2013.

Part of his remit will be “supporting and developing grassroots sport and physical activity” as the country recovers from the Covid-19 pandemic.

Boardman and Grainger will both carry out four-year terms.

“Sport and activity are central to my own life and it’s clear they have a heightened importance for all of us right now,” said 52-year-old Boardman, who will start his role on 22 July.

“I am looking forward to helping the team bring opportunities to be active to more people than ever before.”

Olympic gold medallist Grainger, who took part in a fifth Games before retiring from rowing after Rio 2016, became chair of UK Sport in 2017.

“I consider it a huge honour to be in this role, especially at an extremely exciting time for Olympic and Paralympic sport in the UK with the Tokyo Summer Games about to start and the Beijing Winter Games just around the corner,” she said.