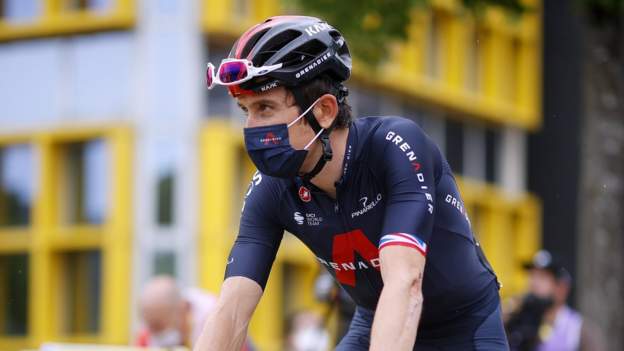 Geraint Thomas has said he will make a decision during Monday’s rest day on whether he will continue in this year’s Tour de France.

The 2018 Le Tour champion was expecting another tough ride in the mountains on Sunday.

“To be honest I can’t see today being much different than yesterday,” Thomas said in a pre-race interview.

“We’ll get stuck in and see what happens and I can sit down with everyone tomorrow and make a decision.

“Obviously the way the race was, there was no going back.

“It was just a long day. It was hard, mentally more than anything, because I came here to try to be at the top of the thick end of the race.

“To be back in the grupetto was not enjoyable but it was just what I had.”

The 35-year-old Welshman had lost time after he was involved in a crash in which he dislocated his shoulder early on the 182.9km stage three.

Primoz Roglic, who was also involved in a crash during the same stage, has now pulled out of the race.

“We took the decision altogether with the team, it doesn’t make sense to continue the way it was going at the end,” Roglic said in a statement from his team.

“Now we’ll definitely try to recover and focus on the new goals.”

The other withdrawal before stage nine was Mathieu van der Poel, who led the race until Saturday after winning stage two.

The Dutch rider is to concentrate on preparation for the mountain bike race at the Tokyo Games later this summer.

“Unfortunately I will not start today,” said Van der Poel at the start in Cluses.

“We decided with the team that it’s in my best interests to quit the race and focus on the Olympics.”