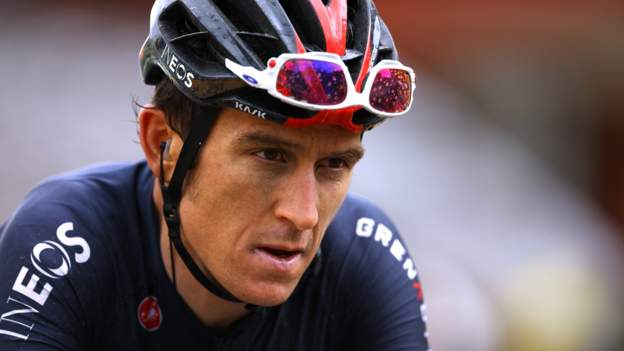 Geraint Thomas will continue to ride when the Tour de France resumes after the first rest day on Monday.

The 2018 champion conceded over 30 minutes on Saturday’s mountainous stage eight, ending any prospects of victory.

Despite an improved performance on stage nine Thomas indicated afterwards he would still consider whether or not to pull out.

“I’ve made the dilemma even worse for myself now,” said Thomas on Sunday evening, adding he and his team would “weigh it all up” before deciding if he would continue to ride in support of team-mate Richard Carapaz.

Thomas, who is 28th overall, now intends to be on the start line for stage 10 in Albertville on Tuesday morning.

It has been a difficult race for the Welsh rider who remounted his bike to finish after he was involved in a crash in which he dislocated his shoulder early on the 182.9km stage three.

Having lost further time during the opening week Thomas, 35, said it had been tough on his head as well as his legs, especially when he was forced to ride with the last group on the road, just beating the cut-off time on stage eight.

“It was just a long day,” he said at the time. “It was hard, mentally more than anything, because I came here to try to be at the top of the thick end of the race.

“To be back in the grupetto was not enjoyable but it was just what I had.”