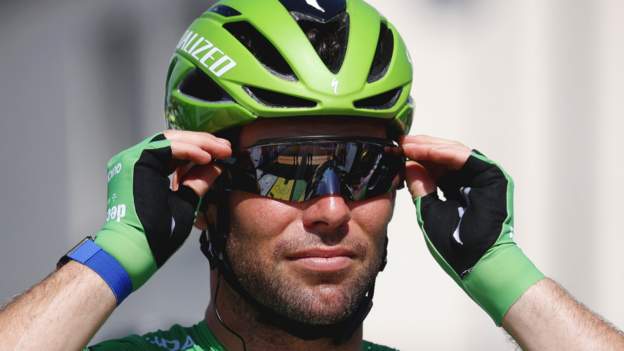 From an opening stage mass-crash in the peloton caused by a spectators’ cardboard sign, to Tadej Pogacar’s obliteration of the general classification field so far, the 2021 Tour de France has been breathless from the start.

Mark Cavendish, Britain’s top sprinter who tearfully claimed his own glittering career looked over last year, after years of illness, injury and poor form, is now on the verge of greatness.

The 36-year-old was not even supposed to be at this Tour, but was a last-minute replacement following injuries to his Deceuninck-Quick Step team-mates Sam Bennett and Fabio Jakobsen.

Cavendish came into the three-week race with 30 stage wins already to his name, but few expected him to have the explosive energy required for victories that he once had in abundance.

But, out of nowhere, his form as returned, and he has won two sprint stages in this first week. He now stands just three stage wins away from legend Eddy Merckx’s all-time Tour win record of 34.

A quick look at the 12 stages remaining on the Tour, suggests there are five more flat sprint days remaining for him to try to overhaul the record – it could even come on the sport’s most prestigious single stage – the final day into Paris, where riders take the traditional sprint down the Champs-Elysees.

Cavendish, who is from the Isle of Man, is said not to discuss the record with team-mates, instead publicly praising the team for their role in revitalising his fortunes.

“These moments… it’s not just what you win, it’s how you win it,” he said on the race’s first rest day from his team hotel. “Even if we stop now, this has been one of the nicest Tours.

“[Michael] Morkov is the best lead-out [rider] in the world. He’s calm, like the anti-me.

“They are more than a lead-out, they are a team – I’m lucky to have these guys.”

Cavendish is known for his impassioned responses to journalists’ questions over the years, but whether he feels any pressure to equal or break this milestone of not, the opportunity is falling into his lap.

Many of the race’s best sprinters have abandoned the race following crash injuries or, like France’s Arnaud Demare on Sunday’s brutal climbs through the Alps, they did not make the dreaded time cut required to continue.

Those are all unusual events that do not usually occur in this race, making this one this strangest of Tours so far.

Cavendish’s campaign for greatness could begin as soon as Tuesday’s 191km stage 10 run from Albertville to Valence.

But his best next chance should be Thursday’s race from Saint-Paul-Trois-Chateaux to Nimes.

Reigning champion Pogacar’s firm hold on the yellow jersey is about the only thing we can be completely sure of after a manic week.

Ineos Grenadiers team principal Sir Dave Brailsford spoke of a “more open and aggressive” approach to this year’s Tour in an attempt to deny the Slovenian pair Pogacar of UAE-Team Emirates and Vuelta a Espana champion Primoz Roglic of Jumbo-Visma this time around.

A frantic first nine stages has seen several nasty crashes, including Ineos’ 2018 winner Geraint Thomas on stage three which has seen him ship time ever since.

Roglic, runner-up in last year’s race, also fell, and though a bystanders’ shopping cushioned his fall ever so slightly, his injuries took their toll and the 31-year-old abandoned the race after a stage eight where he fell way behind his rivals.

The top 10 is already separated by more than six minutes after the Pogacar powered his way to a second-place finish on the Tour’s first day in the Alps.

While he won in dramatic fashion last year, prevailing by 59-seconds after a penultimate stage time-trial, the manner of Pogacar’s performances so far – coupled with ill fortune for many of his expected rivals – suggest he is destined for a sizeable margin of victory this time around, should he manage to keep clear of trouble.

Italian Fausto Coppi’s biggest winning gap of 28 minutes and 17 seconds since the Second World War in 1952 may, however, still be beyond reach. 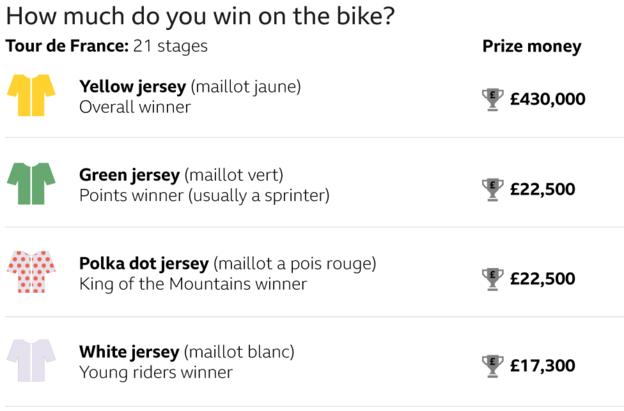 ‘What doesn’t kill you makes you stronger’

And though it has been hell for those battling to stay in touch, Britain’s four-time winner Chris Froome has at least been able to see the positives on his Tour return.

Froome, 36, has been recovering from an awful crash he suffered in 2019, and has been playing a supporting role for his new Israel Start Up Nation team, after it became apparent he would not have the form to try to win a fifth Tour this year.

Briton Froome, who was born in Kenya, suffered a bad fall on the opening-day crash not caused by a spectator so is doing well to remain in the race.

In fact, green jersey wearer Cavendish came out in support of Froome, who has come into criticism for the length of time his recovery is taking.

“You don’t write somebody off. Chris Froome has been a champion for many years,” said Cavendish. “There will always be people who will never understand what it’s like to be that successful so they’ll never understand why someone will put themselves through something like that, and take negativity from other people to be there.

“I applaud it it – it’s the strongest thing you can do.”

Sadly one rider who isn’t is Nic Dlamini of Qhubeka-Nexthash – the first black South African rider to take part in the Tour.

The 25-year-old crashed in the treacherous wet conditions on Sunday’s stage nine and failed to make the time limit, but was determined to finish, while nursing his injuries.

Dlamini is a highly rated rider, and a sign that a sport struggling for diversity is beginning to find riders from all over the world, thanks in part to the Qhubeka team, who are also a charity promoting cycling in Africa.