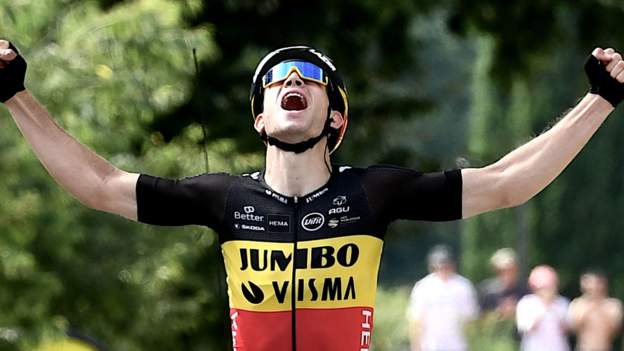 Van Aert dominated the double ascent of Mont Ventoux to finish one minute 14 seconds ahead of Kenny Elissonde and Bauke Mollema.

But the defending champion recovered to catch Vingegaard on the descent, and retains a significant overall lead.

Pogacar is now five minutes 18 seconds ahead of Colombia’s Rigoberto Uran with Vingegaard moving into third, a further 14 seconds behind, as Ben O’Connor dropped from second to fifth after a difficult day for the Australian.

An emotional Van Aert said he was “lost for words” after securing what he described as “maybe my best victory ever”.

“I didn’t expect to win this stage before the Tour but yesterday I asked the team to go for the breakaways,” he said.

“It’s one of the most iconic climbs in the world and it’s maybe my best victory ever.

“I saw the others were suffering a lot and if you believe in it then everything is possible.

“It’s emotional, personally it was really hard to get to this Tour at a proper level and we had so much bad luck with the team and even today we lost Tony Martin. It’s so nice that if you keep motivated some day it will work out. I can be really proud.”