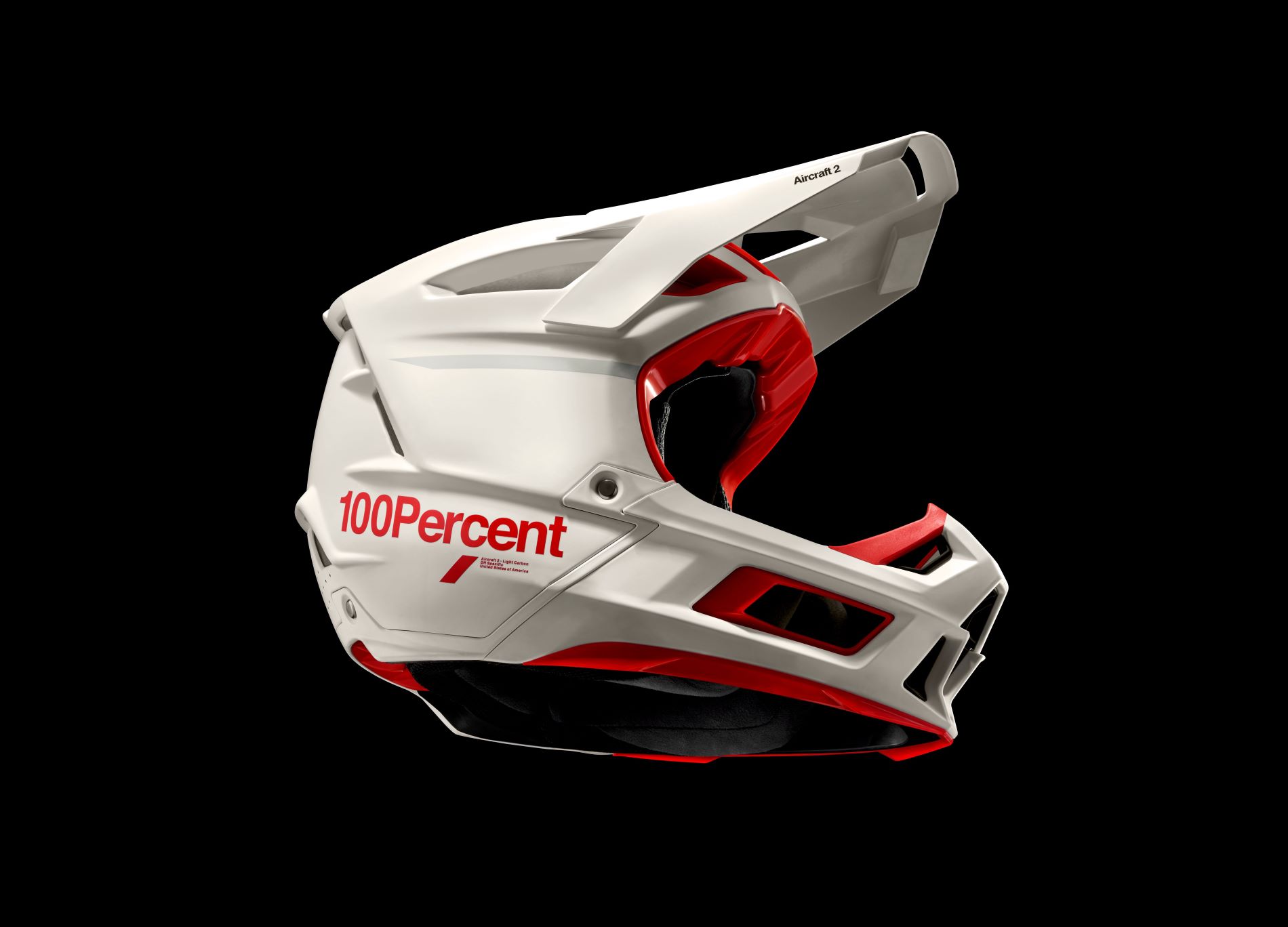 The new release builds on 100%’s previous downhill/BMX Aircraft helmet. Here’s what we know so far.

Overall, the specs look strongly similar to that of the original Aircraft helmet. But a few changes differentiate the new model.

The Aircraft 2 helmet seems roughly identical to its predecessor in the areas of form factor and user comfort. The washable, anti-microbial liner is familiar, as are the D-ring buckle and multi-point visor.

Notably, however, the Aircraft 2 cuts down on vents: the new build features five fewer ports than the original.

However, the Aircraft 2 helmet’s headlining improvement rides in on 100%’s introduction of its Smartshock Technology. Most bicycle helmets provide straight-on impact absorption. But in the field, most cyclists experience oblique, angular impacts that exert rotational acceleration and deceleration forces on the brain.

According to 100%, Smartshock addresses the problem by both absorbing and compressing direct impacts. The effect helps reduce energy transfer to the brain over a wide range of speed and impact types. The system’s elastomers also move independently of the helmet’s shell, further damping impact transfer to the brain.

The 100% Aircraft 2 helmet will MSRP at $400. Four color and graphic choices are currently available; it’s unclear whether the Aircraft 2 will eventually feature the broad color palette of the original.

The entry does introduce enduro capacity to the Aircraft line, which was formerly designed for downhill and BMX.

Check out the Aircraft 2 page here for more details.