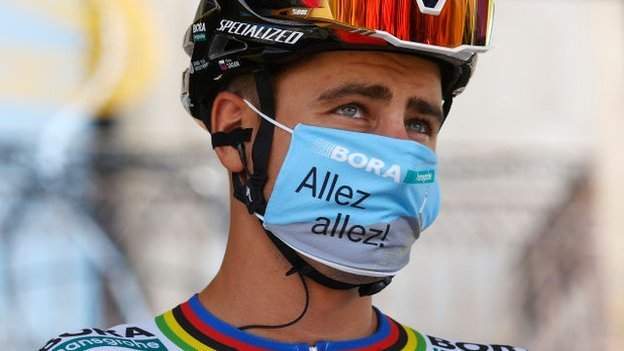 Triple world champion Peter Sagan withdrew from the Tour de France on Thursday because of a knee injury.

The 31-year-old from Slovakia was unable to start the Tour’s 12th stage.

He said: “In a sprint stage I hurt my knee. Yesterday I managed to finish the stage but was in a lot of pain and this morning I could barely get up.”

Sagan said he would rest his knee but was unsure if he would compete in the road race event at the Tokyo Olympics, with the race scheduled for 24 July.

The 12th stage is over 159.4km from Saint-Paul-Trois-Chateaux to Nimes.