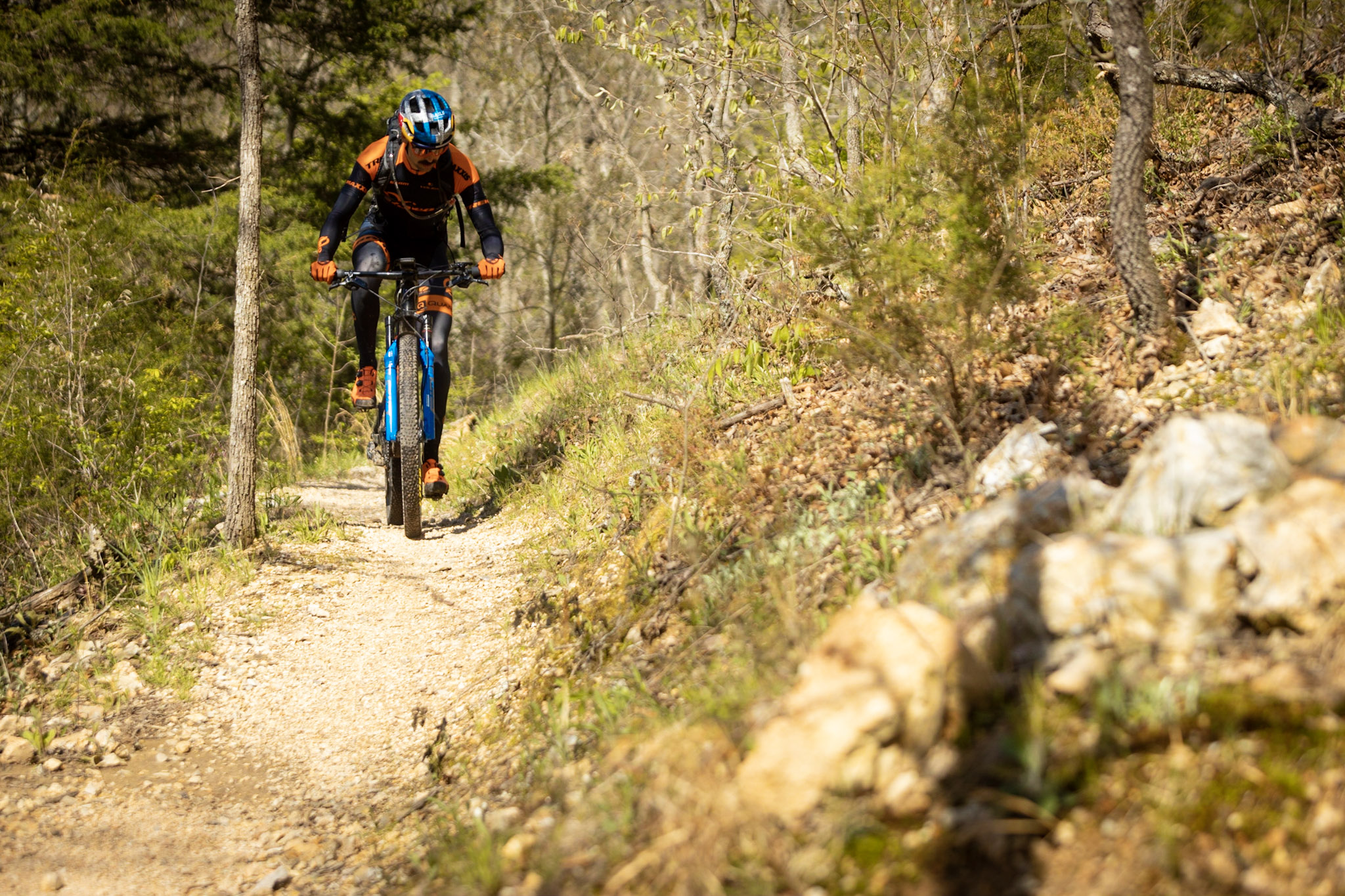 Earlier this year, Payson McElveen went off, becoming the first rider to cover all 142 miles of Bentonville’s MTB trails in a day. Now he invites all comers to try it (at their own pace), and win a load of free gear in the process.

On July 6, he released “Trail Town: Bentonville,” a film that recounts the ride, under his Stachehouse Productions label. The documentary focuses on the strategy and preparation that went into the attempt. It also highlights conversations with a few of the “mountain bike capital of the world”‘s notable MTB characters.

McElveen stokes participation and interest by challenging viewers to ride the 142-mile circuit themselves. With help from his sponsors, he leverages an impressive prize pack for two winners.

The race is on.

Inspiration for “The Bentonville Challenge”

McElveen took inspiration for his Bentonville excursion from an earlier feat in his hometown.

“In 2019, I rode all of my home Durango, CO trails in a day,” he said. “It took a couple attempts, but it was an incredible experience that gave me a totally new understanding of my hometown.” He says the ride made him think about pulling it off in other mountain bike meccas. Eventually, Bentonville stood out.

The film plies McElveen’s personal history and the path that led him to Bentonville. But it also explores the town’s MTB history, as McElveen attempts to emphasize what makes it so special.

“It’s a massive network of trails,” Ross said. “It’s a labyrinth. So, you put together a maze and the story you’re going to tell doing that… It’s a mad adventure.”

Through his history of publicized endurance rides and filmmaking, McElveen has gotten motivated to encourage others. Apropos, “Trail Town: Bentonville” concludes with a viewer challenge.

In partnership with his sponsors (OZ Trails, Red Bull, Orange Seal, Smith Optics, Osprey Packs, and Hammerhead), he challenges riders to repeat the 142-mile ride — albeit over however many days or attempts it takes. A formidable loot awaits two contest winners.

The format is storytelling — whichever two riders share “the most compelling or inspiring stories” will win the prize pack at the end of 2021. The pack includes $1500 in Osprey gear, a 3-year supply of Orange Seal tire sealant, a Smith Trace helmet, Shift MAG eyewear, food from GU Energy, a Karoo 2 Hammerhead bike computer, and gift cards to local Bentonville restaurants.

Ready for a “mad adventure?” You better be. Learn more about Payson McElveen at his website.