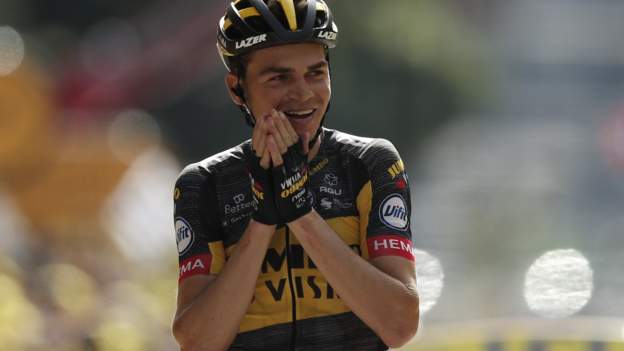 America’s Sepp Kuss attacked on the final climb to breakaway and win stage 15 of the Tour de France, as Tadej Pogacar increased his overall lead.

Kuss went clear of the leading breakaway group on the ride up the Col de Beixalis with 19km remaining of the 191.3km stage to Andorre-La-Vieille.

It was the third of three punishing mountain passes, which saw Guillaume Martin slip from second overall.

Pogacar reacted well to attacks to strengthen his overall advantage.