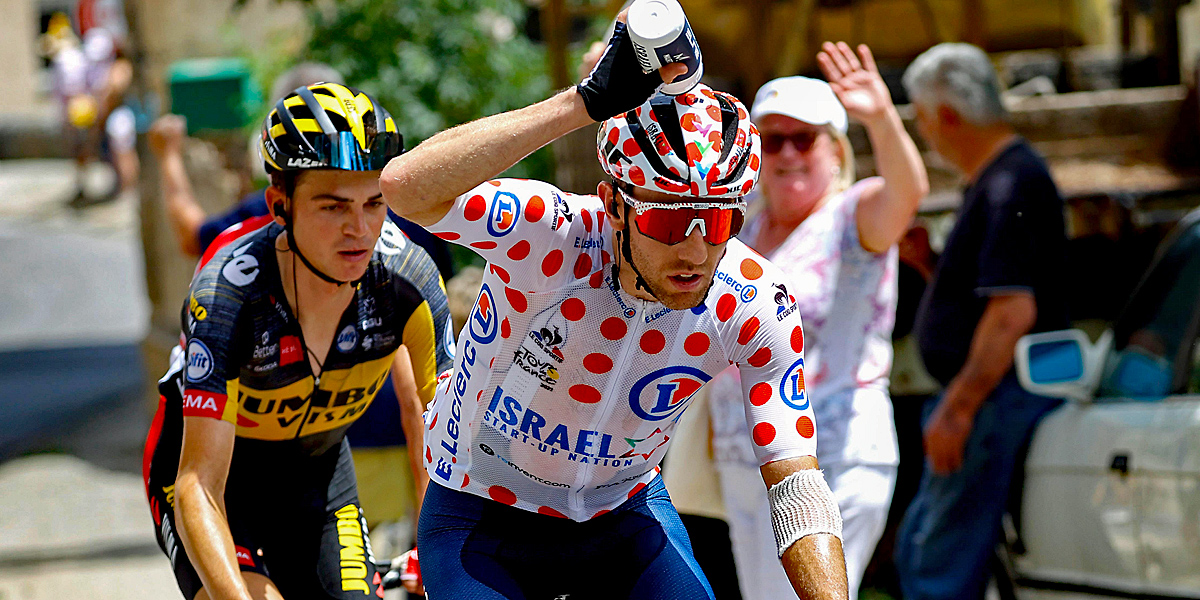 TOUR BREAKDOWN: The second week of the 2021 Tour de France has not be short of excitement. Do we already know the final winner? Spencer Martin has his ‘BREAKDOWN’ of the action thus far and gives us his ‘Ten Takeaways’ for the final week to Paris. 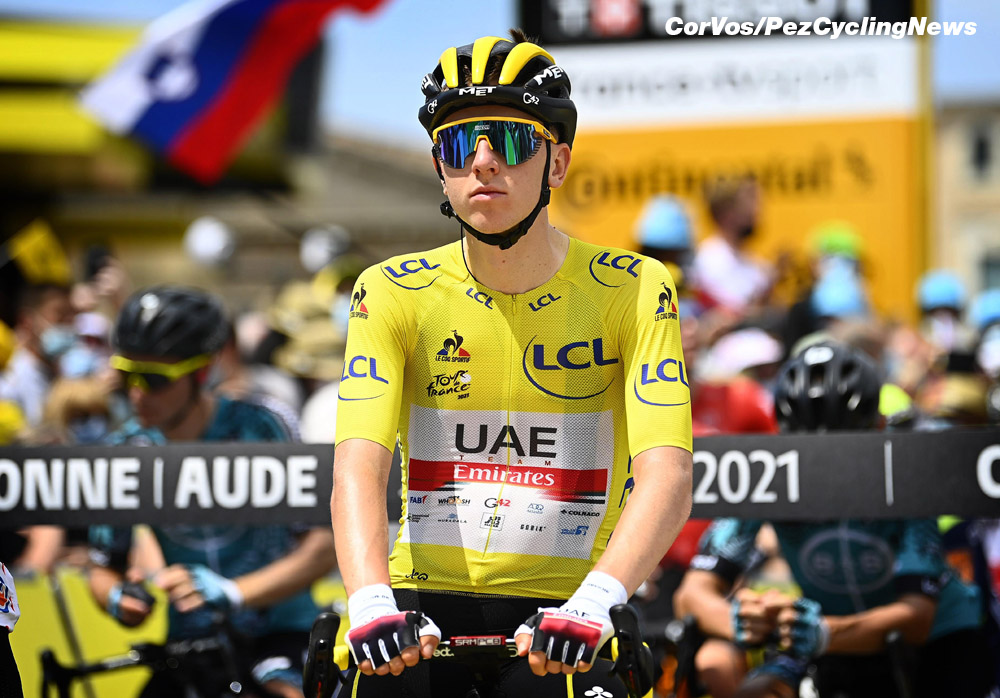 Has Tadej Pogačar sewn up the 2021 Tour? 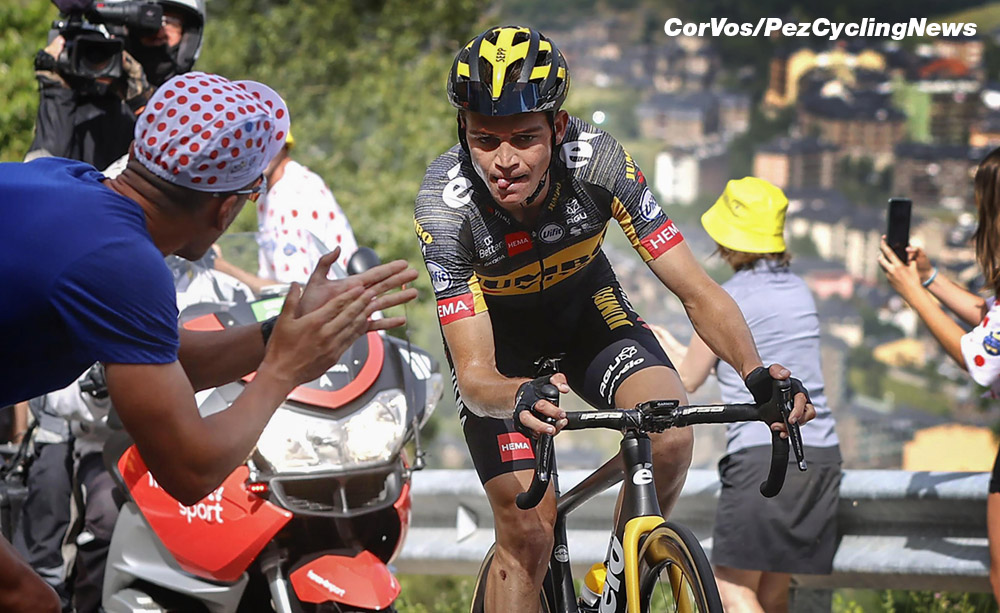 A great ride from Sepp Kuss

The second weekend of the Tour de France featured a classic transitional stage on Saturday and the first real Pyrenean mountain stage on Sunday. However, these two difficult stages saw little-to-no GC action, with the general classification leader Tadej Pogačar able to easily hang on the wheels of his GC rivals during their limited attacks and ride into the second rest day with a very comfortable 5+ minute lead over second place overall. While the fight for the overall may have disappointed, the race still produced thrilling fights for stage wins and other classifications, like the Green sprinter’s jersey and the Polka Dot climber’s jersey. American Sepp Kuss ended a 10-year drought for US stage wins at the French grand tour with his solo victory on Sunday, and Canadian Mike Woods became only the second-ever Canadian to wear the Polka Dot jersey by taking the lead in the climber’s classification on Saturday. While he lost the lead to Wout Poels on Sunday’s stage 15, the fight is far from over and shaping up to be one of the most action-packed in the classification’s history. 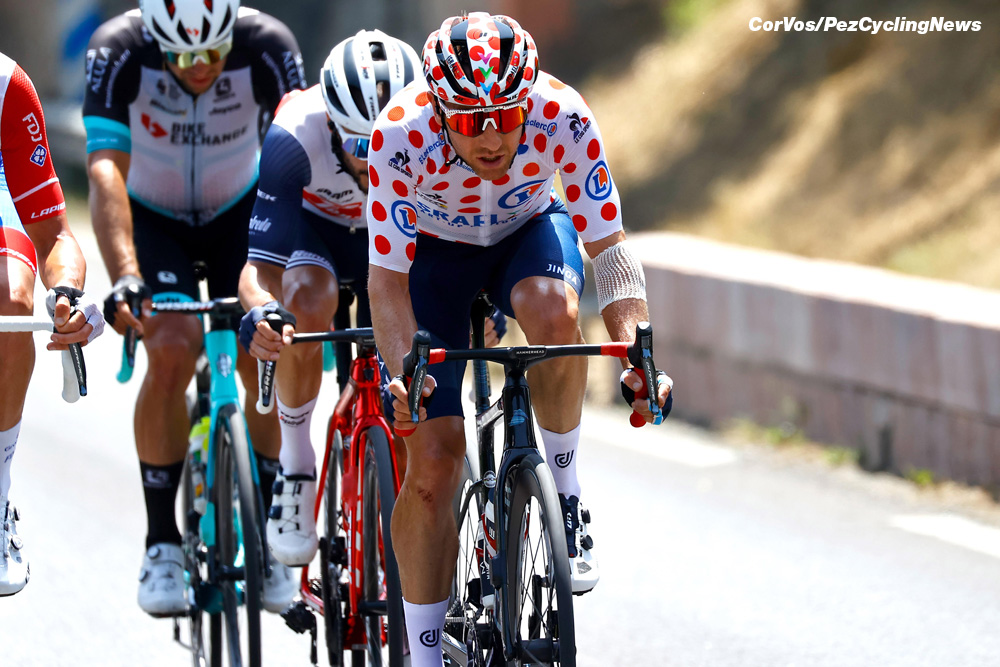 1) The USA and Canada both had major milestones this weekend, with Michael Woods became the second-ever Canadian since Alex Stedia to wear the KOM leader Polka Dot Jersey on Sunday’s stage 15 while Sepp Kuss got by far the win of his career and became the first American to win a Tour de France stage since Tyler Farrer in 2011. 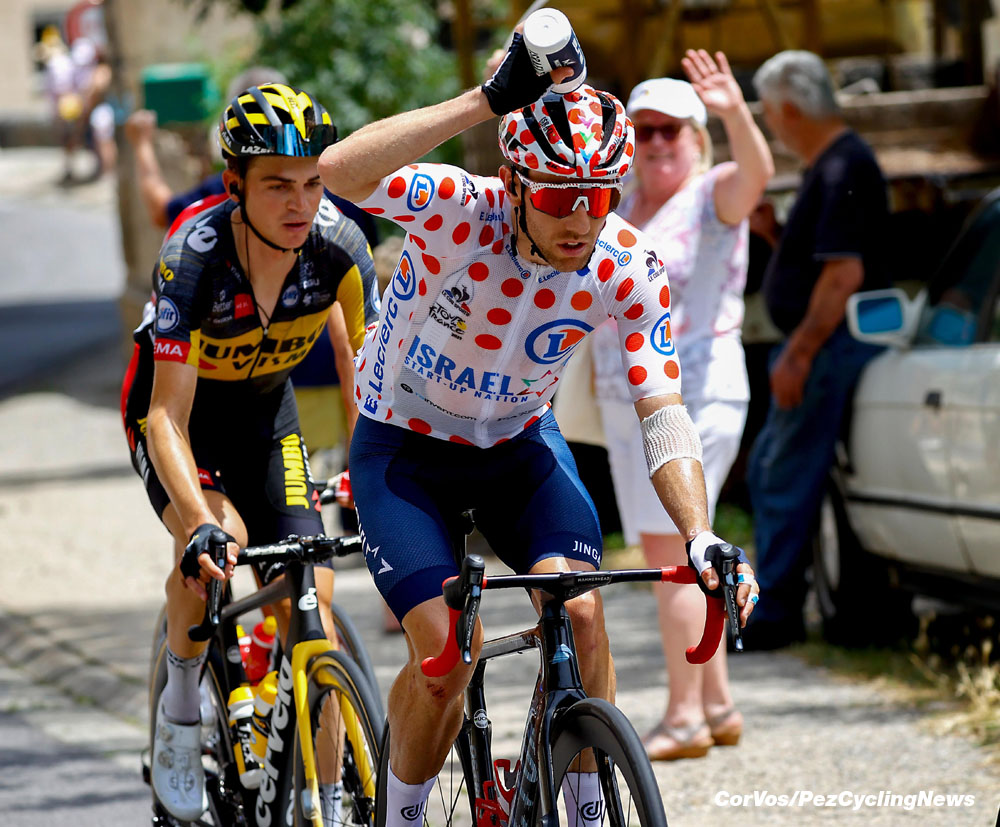 2) The fight for the KOM Polka Jersey is shaping up to be one of the best of all time. With Tadej Pogačar holding a seemingly insurmountable lead in the general classification, fans and riders have to turn elsewhere for suspense, and the Polka Dot is delivering. 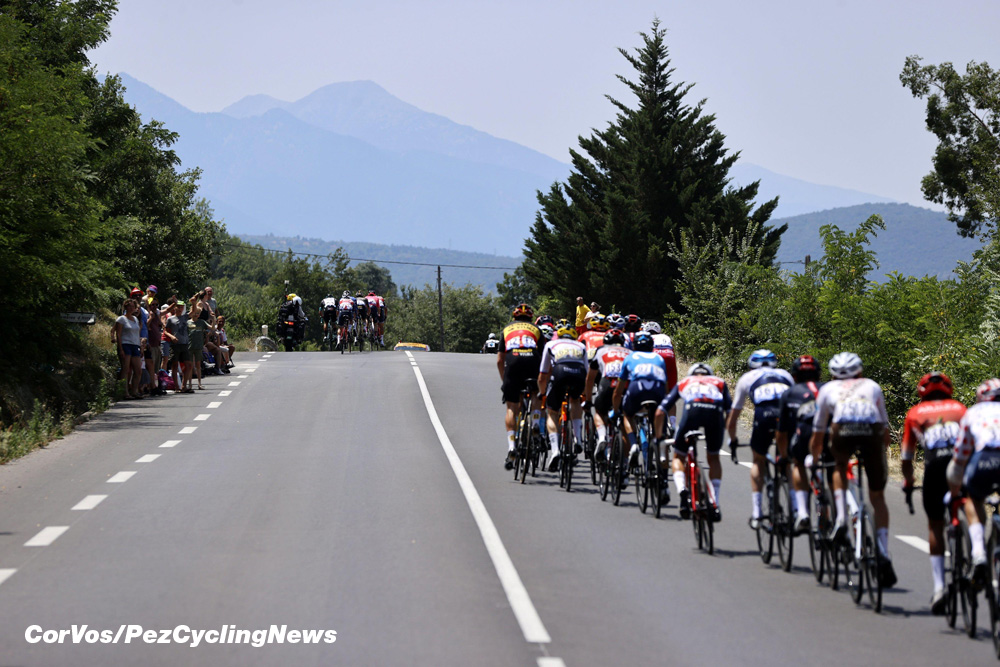 3) The massive breakaway on Sunday showed us massively differing tactics and team priorities. Ineos, EF, and Jumbo are all in contention for the podium and had riders up in the break but did very different things with them. 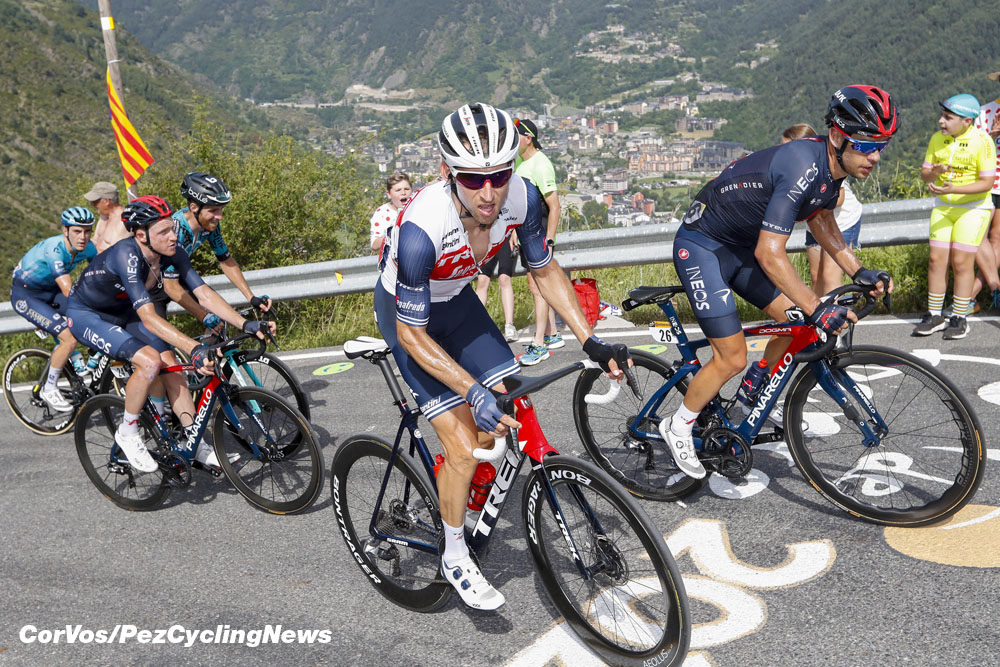 Ineos did a lot of work for no gain

4) Ineos’ strategy and pacing on the Port d’Envalira looked impressive, and it did put a lot of time into the breakaway, on the final climb of Col de Beixalis, they were actually slower than Kuss, who had been up the road in the break all day. 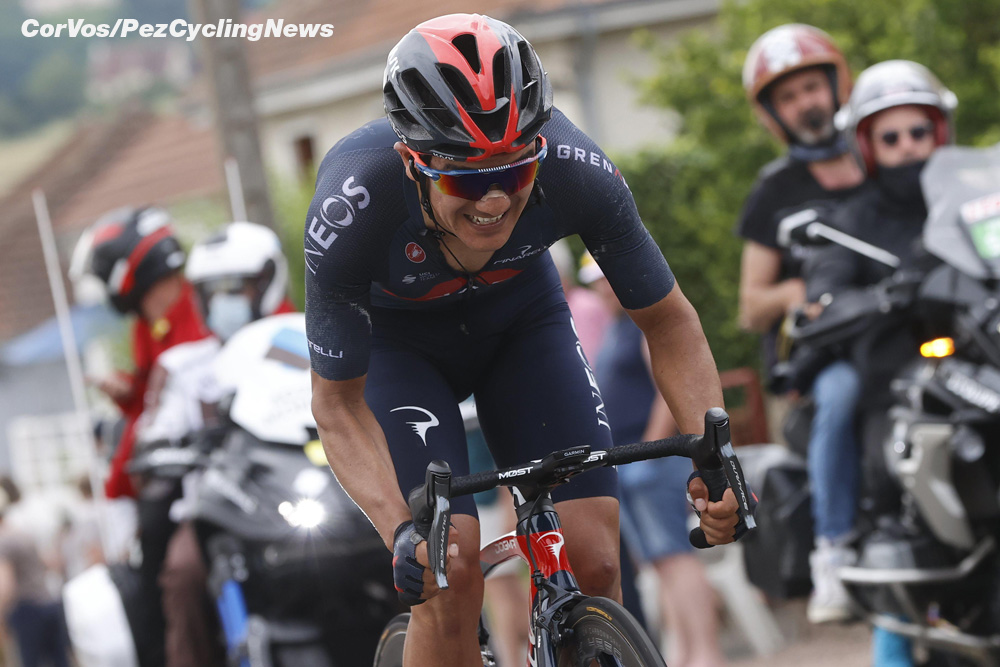 Is the Ineos problem Carapaz?

5) However, it is possible that Ineos doesn’t have a strategy problem but a Carapaz problem. The team rode a perfect race today and the only thing missing was a leader to finish off the work.

6) Ben O’Connor, who was written off after being dropped on Mt. Ventoux back on stage 11, looked fantastic today and proved he isn’t just going to fall out of the top five, and actually threw down some attacks today and clearly has intentions to move onto the podium. 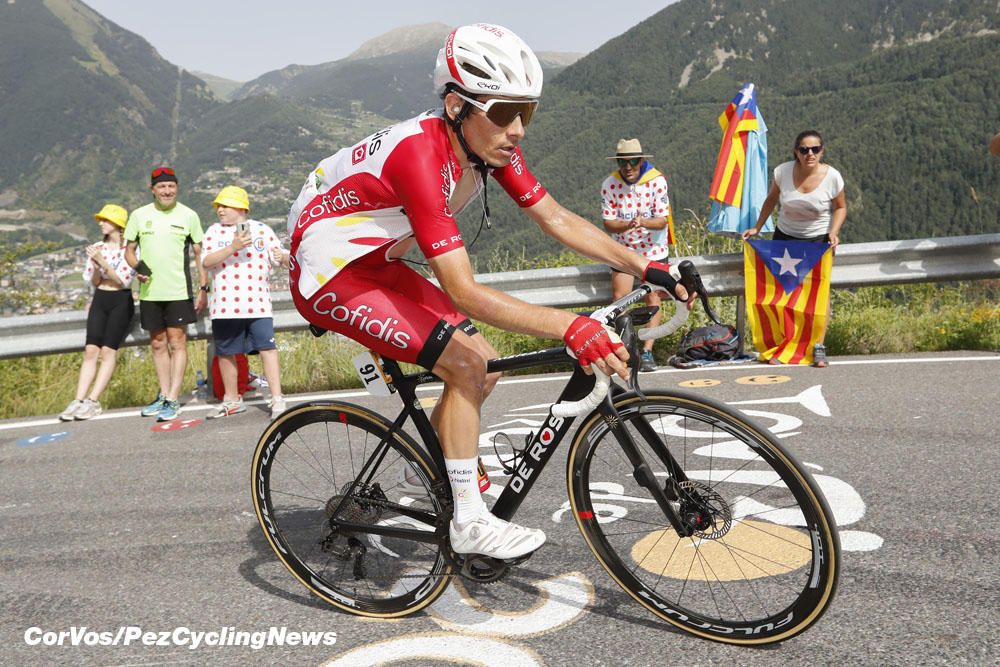 7) Guillaume Martin had an all-time French moment on the penultimate descent when he lost contact with the lead group after making it over the climb with his second place overall intact. It is inexcusable to be dropped on a descent after putting in such a great performance to hang with the leaders on the penultimate climb and being only a single climb away from going into the rest day in second place overall. 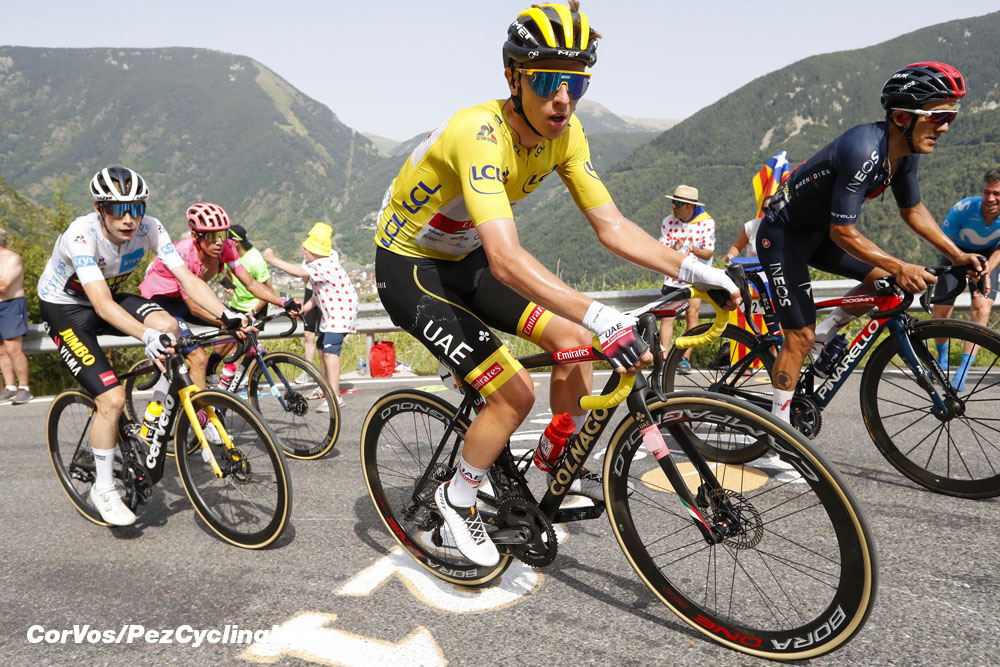 8) The weekend featured exciting racing for the stage wins, but the GC fights underwhelmed most fan’s expectations. 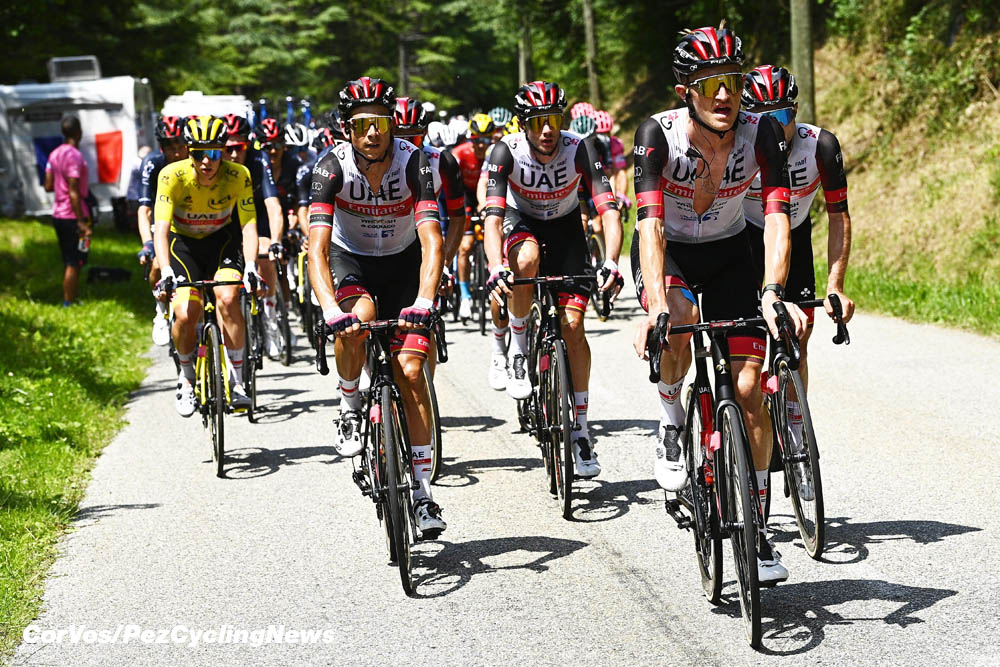 9) A common mistake many fans and even teams are making is that they are looking at Team UAE and seeing an obvious weakness. UAE’s inexperienced riders like Brandon McNulty, Mikel Berg, and Marc Hirschi are sitting too far back on early climbs and then pacing too hard once they hit the front and then are being dropped too far from the finish line, leaving Pogačar isolated. 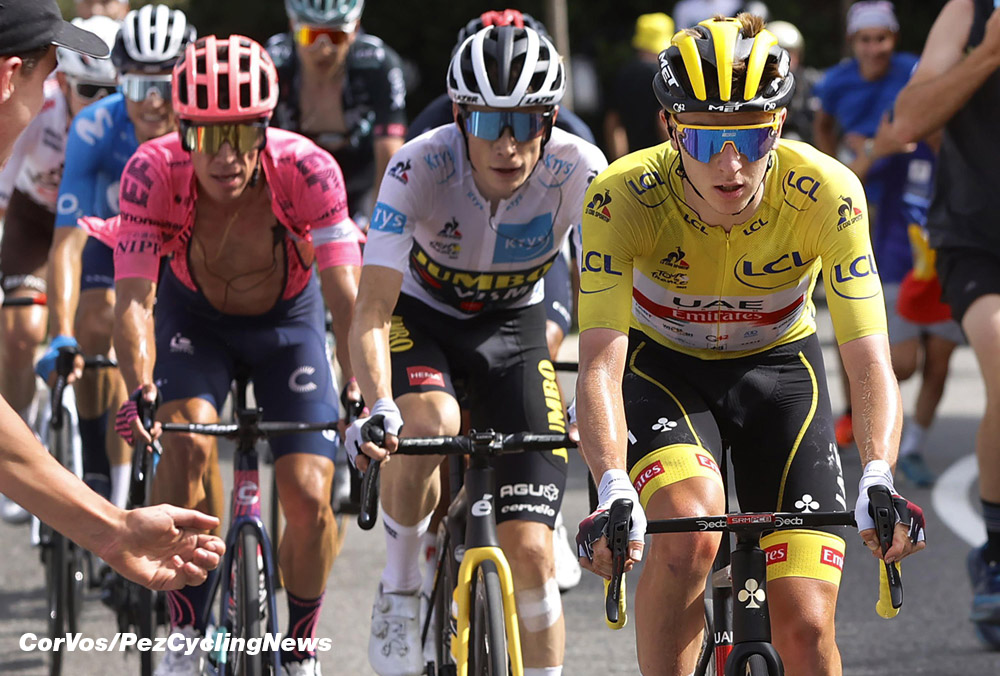 Vingegaard was never in trouble

10) Jumbo-Visma was thoroughly roasted on social media today for their confusing tactics, which included sending Sepp Kuss up the road for the stage win and Van Aert for the KOM jersey while their GC leader, Jonas Vingegaard, was stuck in the peloton with only a single teammate. While this was certainly risky, their strategy of spreading out their bets actually makes a lot of sense. 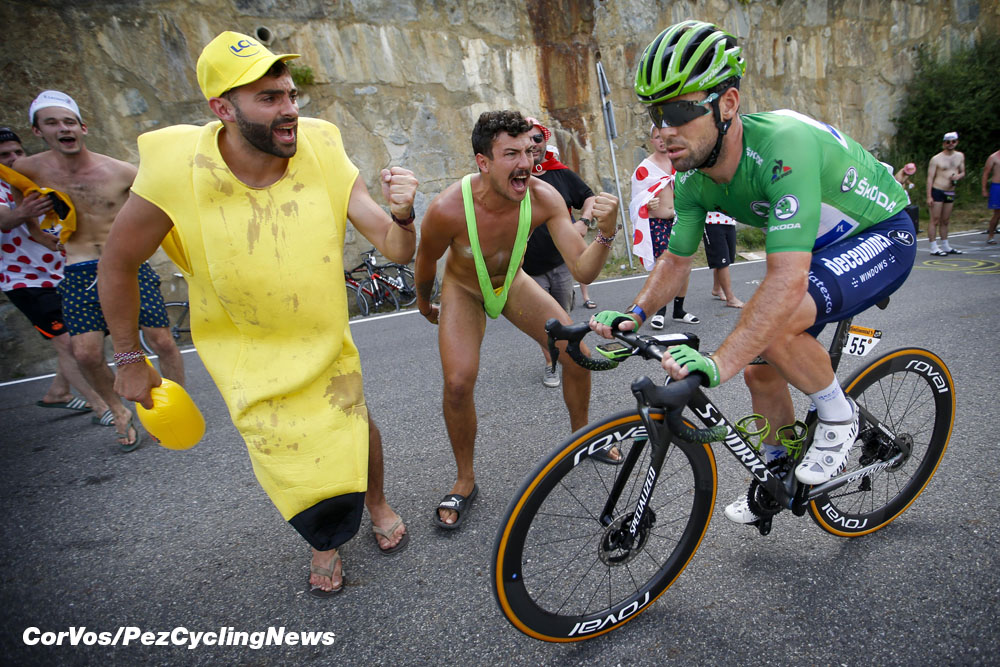