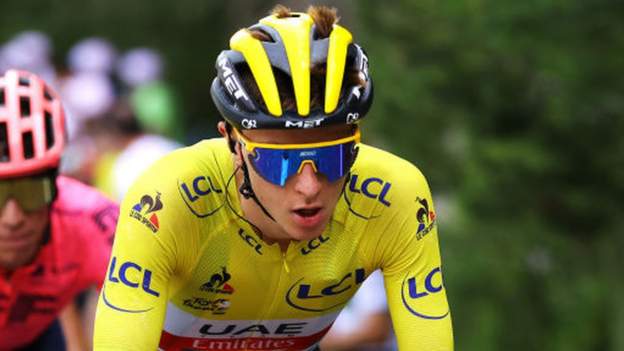 Leader Tadej Pogacar understands he could be questioned about doping if he retains his Tour de France title this year because of the sport’s history – but says he does not take shortcuts.

He won on his Tour debut last year.

“I’m a good kid with a good education, I’m not one to take shortcuts,” Pogacar said.

He added: “These [doping questions] are uncomfortable questions because [the sport’s] history is bad and I understand those questions.

“I didn’t prepare anything for those kind of questions. I just like to ride my bike and what comes with it comes with it, I’ll deal with it.

No leader with an advantage of more than two minutes going into the final week has lost the overall lead since 2000.

The only exception was in 2007, when Dane Michael Rasmussen was sacked by his team and kicked out of the Tour for lying about his training whereabouts.

However, Pogacar is not expecting an easy final week at the Tour.

He added: “The hardest one is stage 17, but even tomorrow [stage 16] something could happen, as well as [in stage 18 to] Luz Ardiden.

“If you have a bad day, anything can happen.”