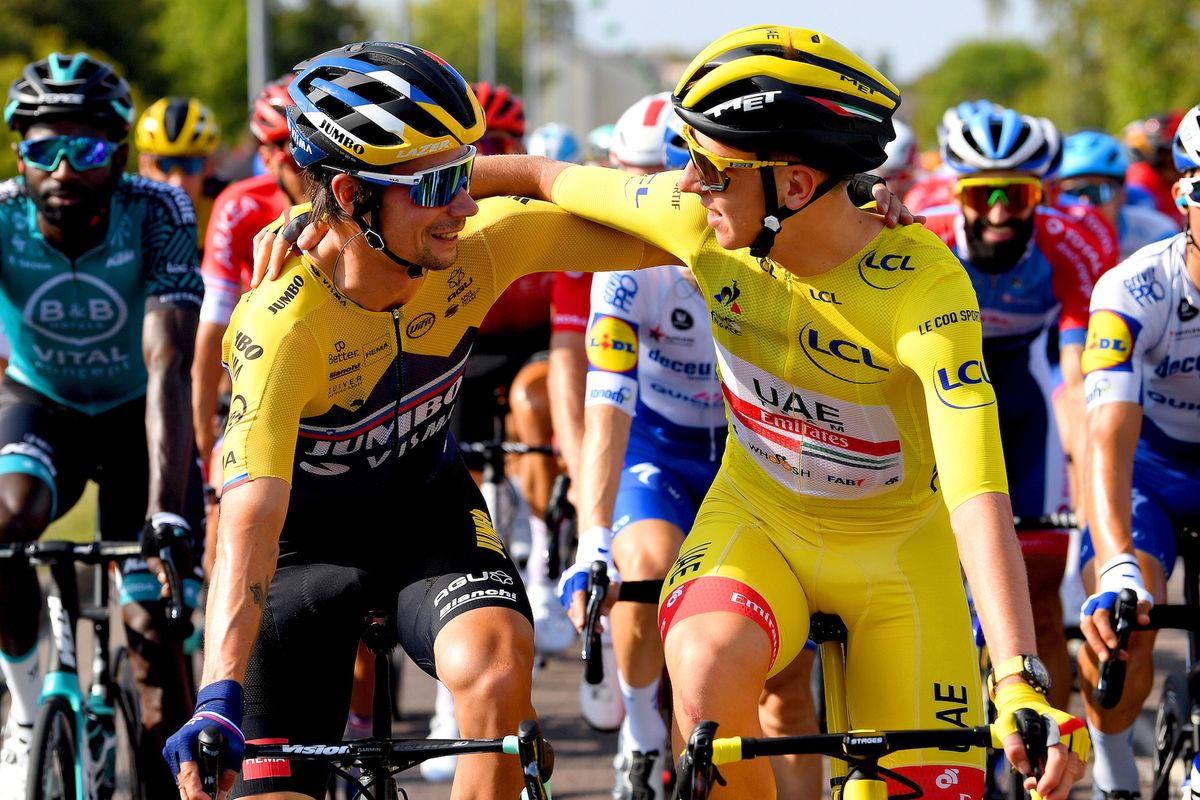 The Tour de France is undoubtably the biggest bike race in the world – and the prize pot on offer certainly reflects that.

The greatest prize of all is to wear the yellow jersey on the final day in Paris – and alongside a warm glow (and maybe an increase in annual salary) the winner of the Tour also earns €500,000 (£426,500) plus €500 for every day spent in the leader’s position.

The man wearing that prestigious jersey into the Champs Élysées will be Tadej Pogačar (UAE Team Emirates) who overcame the odds on the final day of GC racing, the uphill time trial on stage 20.

For much of the Tour de France, it looked like Primož Roglič (Jumbo-Visma) would be the rider to win the biggest chunk of prize money, as he led the race from stage nine until the dramatic penultimate day. But Roglič will still win some consolation money.

All other wearers of yellow will also get €500 for each day they guard the honour and everyone down to number 160 gets something, albeit €1,000 from position 20.

Stage winners aren’t just racing for glory, either, receiving €11,000, with cash extending down to 20th place – the recipient of which may out-sprint 21st for €300.

Stages – aside from time trials – include intermediate sprints and classified climbs. In the sprints, the winner gets €1,500, extending to €1,000 for second and €500 for third.

The best young rider will get a very nice amount of cash in with the winner taking €20,000 along with €500 per stage. Any other rider to wear the jersey will get €300 per stage.

The most combative rider is not to be forgotten, he gets €2,000 on the stage and the most aggressive overall gets a profitable €20,000 for his efforts.

Those racing for classifications aside from the overall and stage wins are chasing monetary carrots on sticks, too.

Those winning or placing in the top eight in the mountains, points or young rider competition get a payout, and teams to the top five benefit from anywhere between €50,000 and €8,000.

The 2020 Tour de France runs from August 29 to September 20, beginning in Nice and ending in Paris after 21 stages.