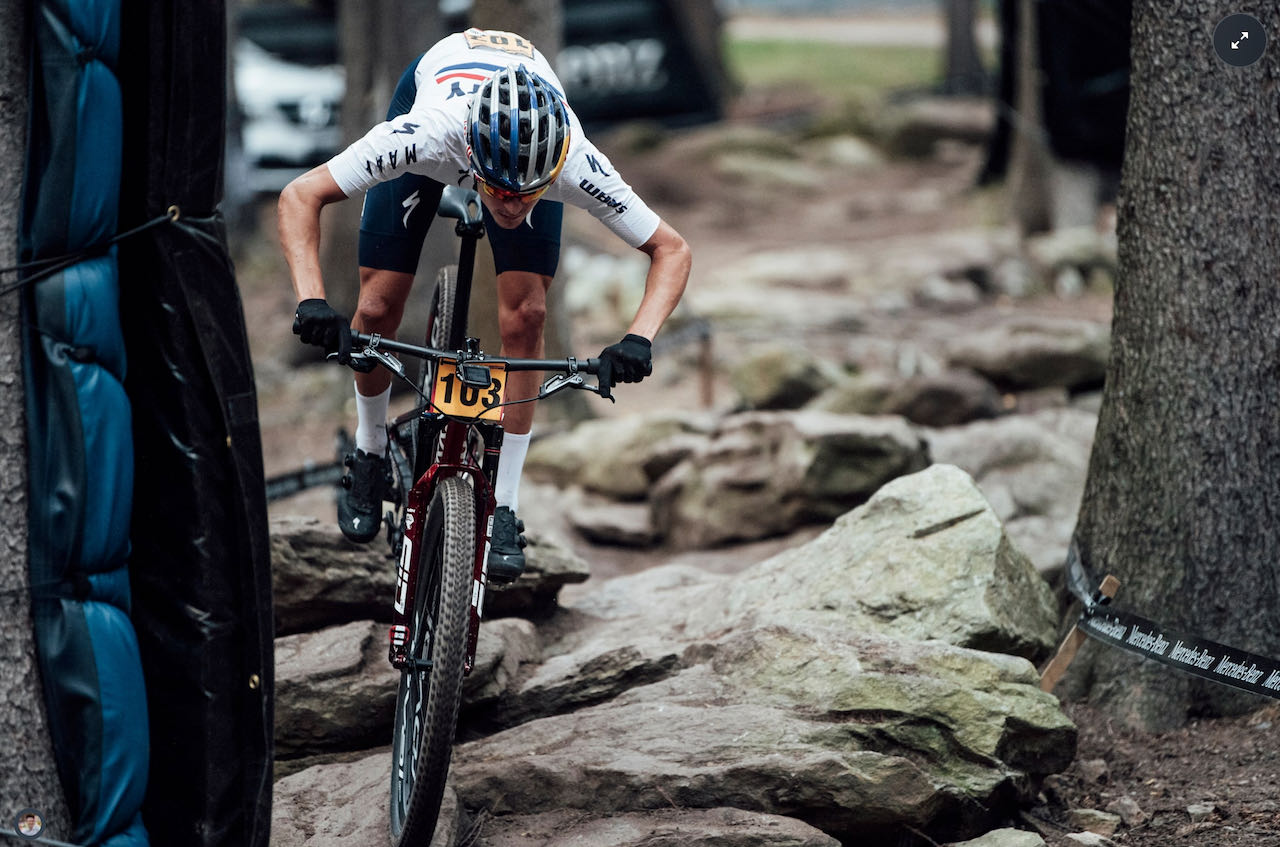 At the Olympic Cross country event Monday, July 27th in Tokyo, there will be fireworks — that’s a guarantee. Both the men’s and women’s races have multiple riders that can hammer away with the gold. The Izu MTB course is more technical than Olympic courses of the past, and with rain in the forecast, this has all the makings of a heart-pounding watch.

Get stoked for action as we get to know a bit about the Izu park course. Then meet the top 5 riders of the men and women field and why they can grab the gold.

The Izu MTB Course is man-made right near the velodrome in the sports complex. The course boasts many features, including big rock gardens, drops, and lots of rocks — lots. The most prominent downhill rock feature looks like something from a proper downhill course, with car-size boulders to match — see video for details.

If the rain comes, those rocks and the grass on the course will be a new element that could make or break it for some riders —  the World Cups have been excellent preparation for a muddy race.

The men and women will both roll a 4km (2.5 miles) lap with around 180 m (590 ft) of climbing in each. Right now, we’re expecting around 7-9 laps for the complete race (around 90 minutes), but weather and course conditions will have the final say.

Though the course is very spectator friendly, most spectators have been banned due to the state of emergency issued as a result of COVID. Either way — cross country racing for the 2021 Olympics looks to be the most exciting yet. We are hoping for excellent TV coverage from the crews and lots of heartfelt racing from the start.

If you’ve been watching the coverage on Red Bull TV and the OXC World Cups — you know that this race will be one for the history books. On July 26th, 50 men will toe the tine at Izu MTB park, but only three will come home with medals — one with gold.
There are so many riders that could be victorious for the men’s cross country; here are the top 5 riders we feel have the best chance at gold.

The projected win in the women’s field is just a hard to nail down as the men’s. Yes, Loana Lecomte has ridden away with nearly every race this season — but this is her first Olympics, and it’s a different track than the test event in 2020.

The 30 women in the field come from all over the globe, but eyes are firmly fixed on the French as Loana Lecomte, and Pauline Ferrand-Prévot have been dominant, and we expect much of the same on the Izu MTB track.

Others can grab the gold, some that have trained the past four years with this race as a visual point. Anything can happen, and if the rain comes down like expected, the list of favorites can shuffle quite a bit — here are our picks on who to watch out for.

When to watch Olympic MTB Race

For those in the states, you can watch all the action on NBC/Peacock — though the times are not convenient to those in the USA. So be sure not to miss the action and get some espresso ready! We’re guessing that the Peacock Premium service should have some event replay similar to the casting of the Tour de France, but we’ll have to wait and see.

For a full listing of all Olympic Cycling events, check out our first post here.

Who are your predictions? Let us know in the comments!