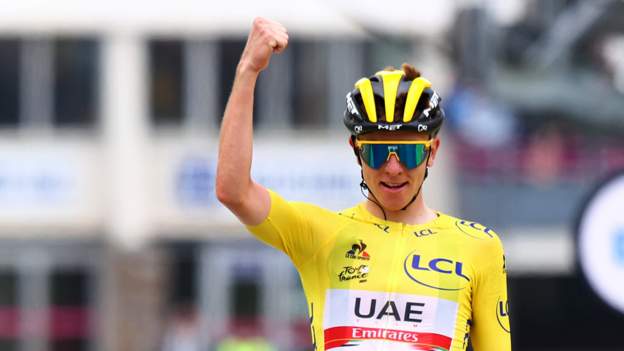 Slovenia’s Tadej Pogacar remains in the leaders’ yellow jersey of the Tour de France after victory on stage 18.

The UAE Team Emirates rider is now in a commanding position with an overall five minute 45 second lead over Jonas Vingegaard with three stages remaining.

Pogacar is expected to win the time trial on the penultimate stage on Saturday to seal his Tour defence.