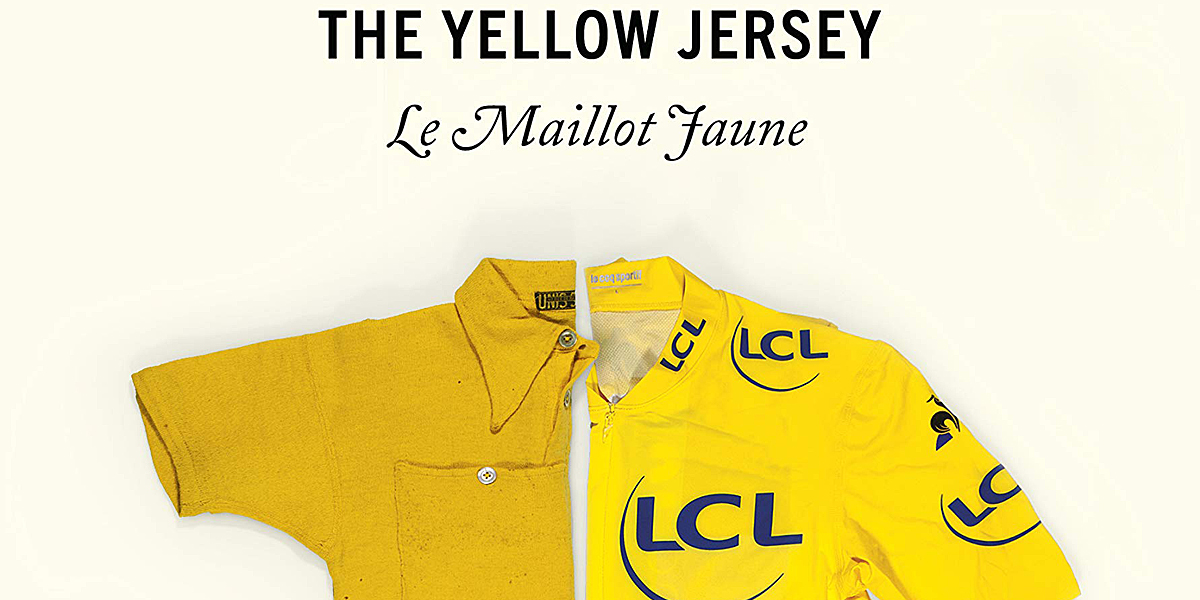 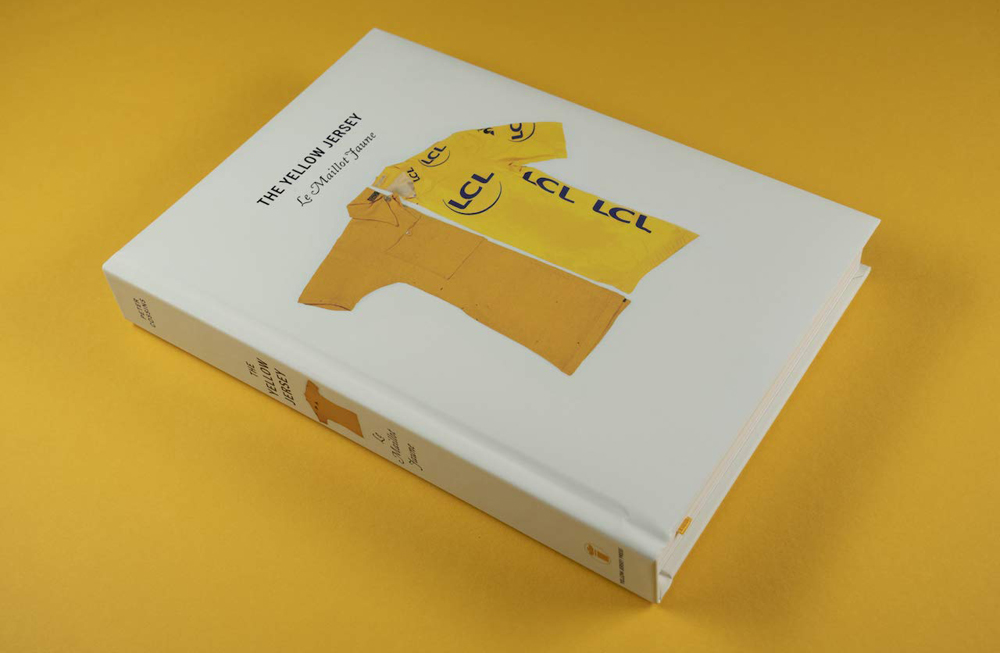 Not be confused with Ralph Hurne’s 1973 novel “The Yellow Jersey,” which, supposedly, was going to be turned into a film with Dustin Hoffman (!) as the protagonist, British author Peter Cossins’ superb book is an impressively detailed investigation into the story behind the Yellow Jersey, from its origins to its iconic status already achieved decades ago. Naturally bound up with the overall history of the Tour, there is still much here that is new and thought-provoking. 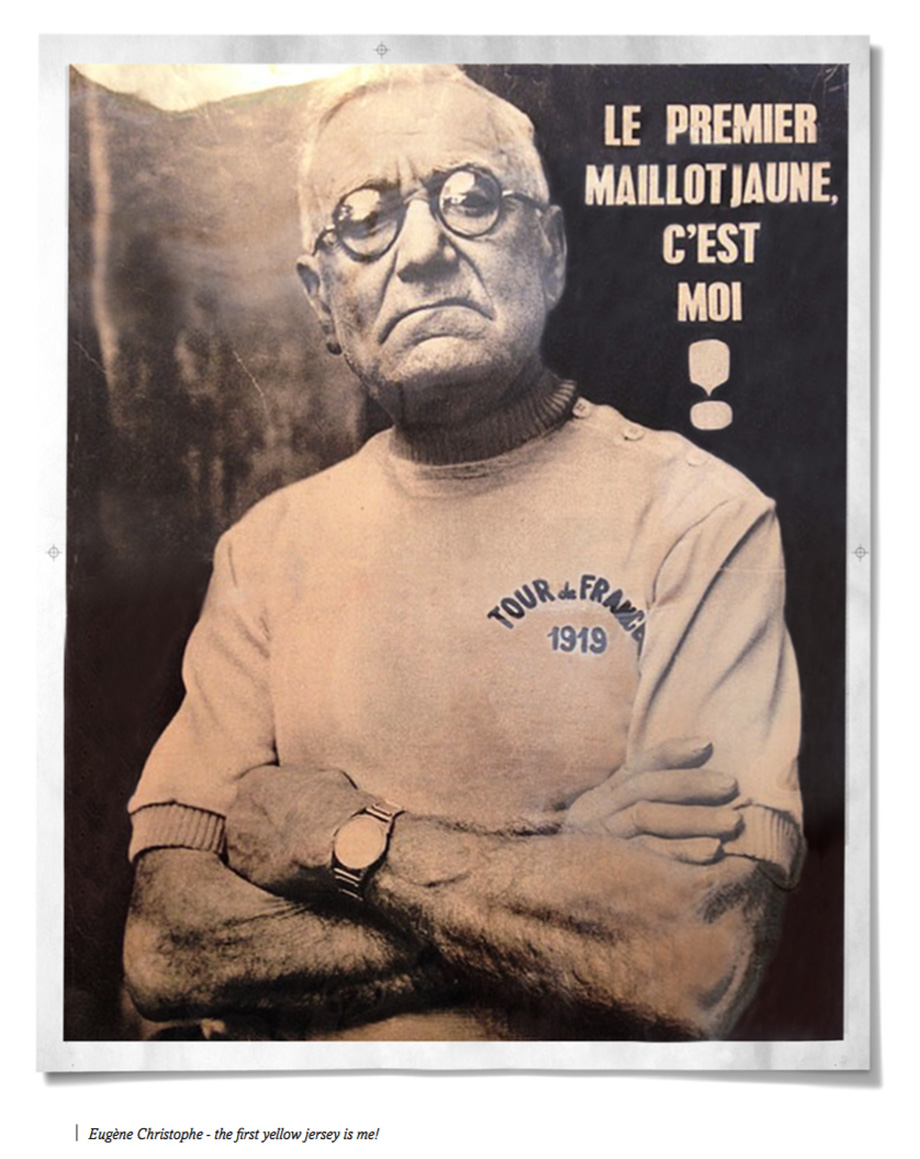 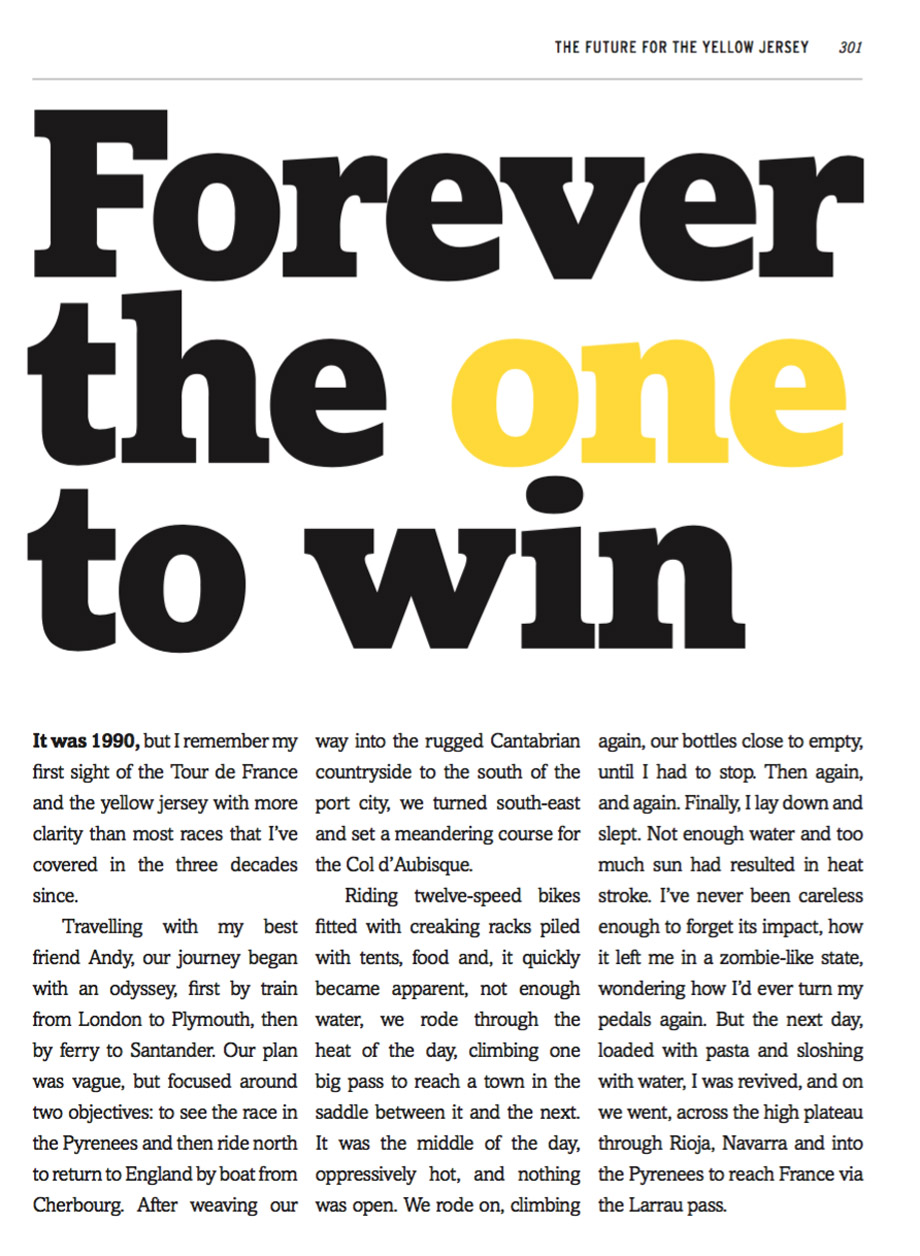 Poor M. Christophe: he was the subject of much humour about the jersey and called things like “Monsieur Canary.” But in spite of never winning the Tour he did thus earn a degree of sports immortality. Over the years he wore out his yellow jerseys (or dyed them!) and in 1960 was given some replica jerseys. And while he is considered the Numero Un of Yellow Jersey Wearers, the book does mention another racer’s claim that he wore one at the Tour years before…

The author devotes a very interesting chapter to the colour yellow and its meaning. While the Yellow Jersey represents sunshine, and summer, and great accomplishment to us, yellow has historically had a much more ambiguous connotation. While Chinese emperors where the only ones allowed to wear it in that country; yellow was seen as the colour of Judas in medieval Europe and was used to mark those deemed as undesirables, a nasty tradition revived by the Nazis with the yellow stars Jews were forced to wear. The Yellow Jersey has obviously transcended any negative suggestions and is, in the author’s description, akin to the Holy Grail of sports. 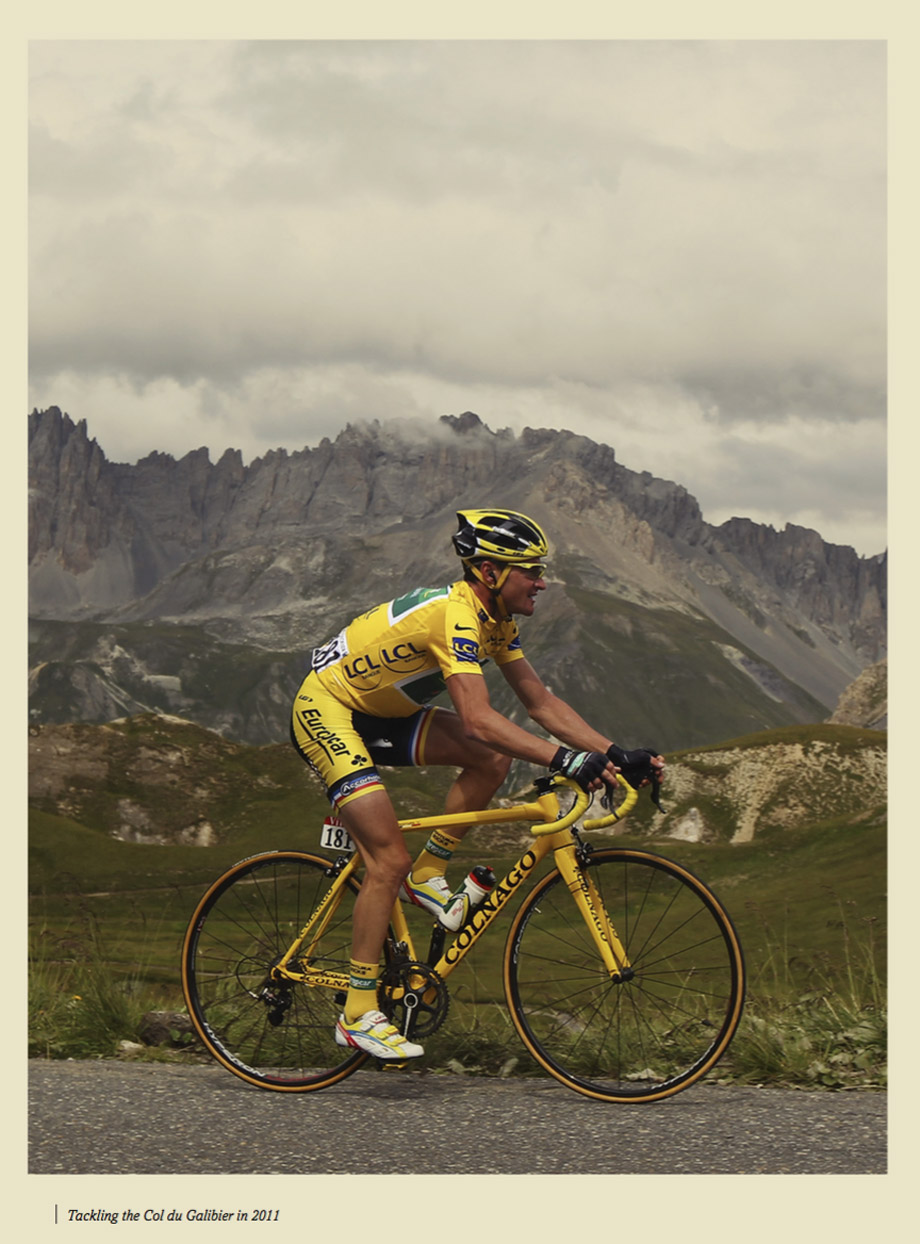 Here is a peculiar thing. Go to a Montreal Canadiens hockey game and look at the jerseys worn by fans and you would think from the names on the backs that they are all Gallagher or Drouin or Price—in an earlier generation it would have been Lafleur, Beliveau, and Richard. But unlike the usual sports fan jersey, the Yellow Jersey is seen as a prize, something to be earned. The author recounts how he was dressed down by a colleague for wearing a TdF Yellow Jersey; we know that Greg Lemond, as a neophyte, was ridiculed for wearing one—until he just rode away from everyone in races. During the Pyrenean stages of the Tour this year, one could indeed see a vast number of polka dot jerseys worn by fans along the roadside—but almost no yellow ones. 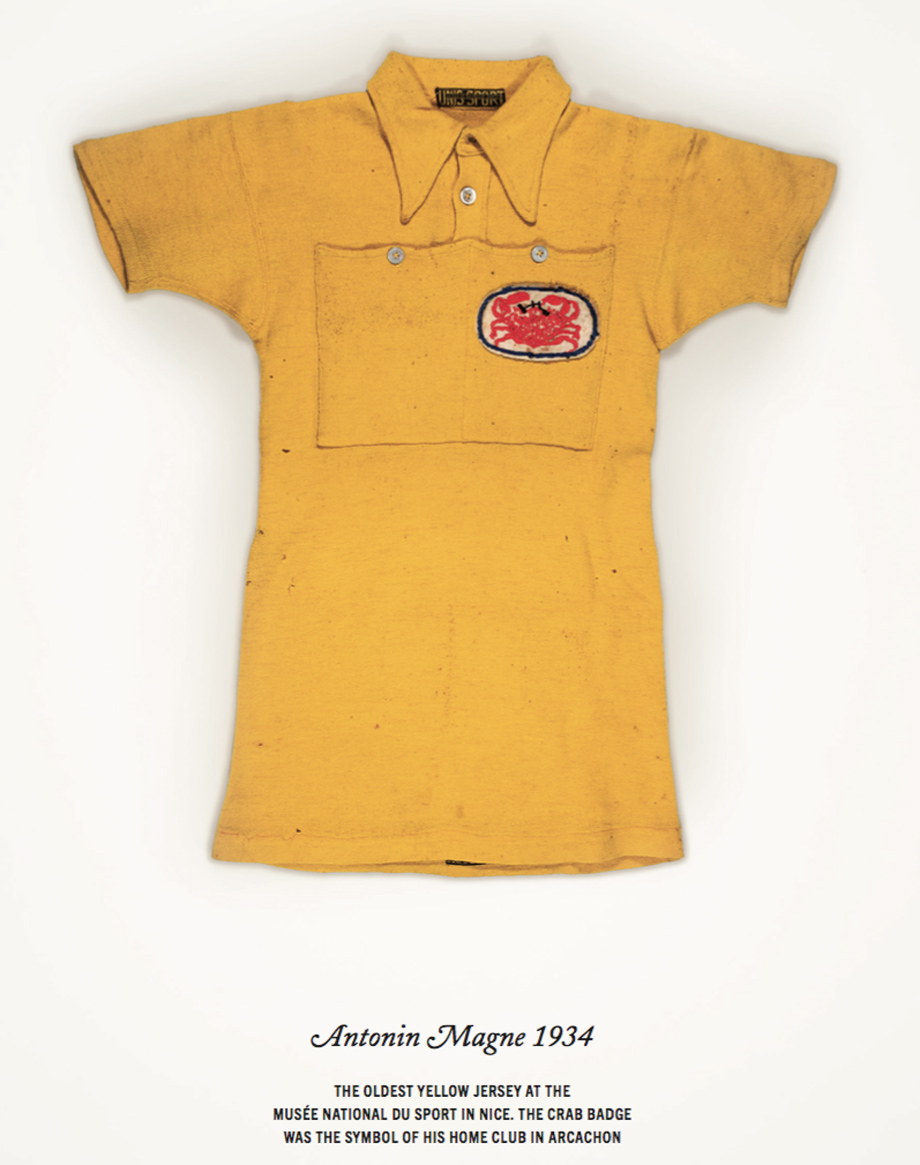 “The Yellow Jersey” covers changes in design as well as colour, the introduction of Henri Desgrange’s initials in 1948 (discontinued in 1984), changes in materials, and, starting in 1969, inclusion of sponsors’ names. But of course the physical object itself is one thing; its power as a symbol derives from the accomplishments of those who have worn it. 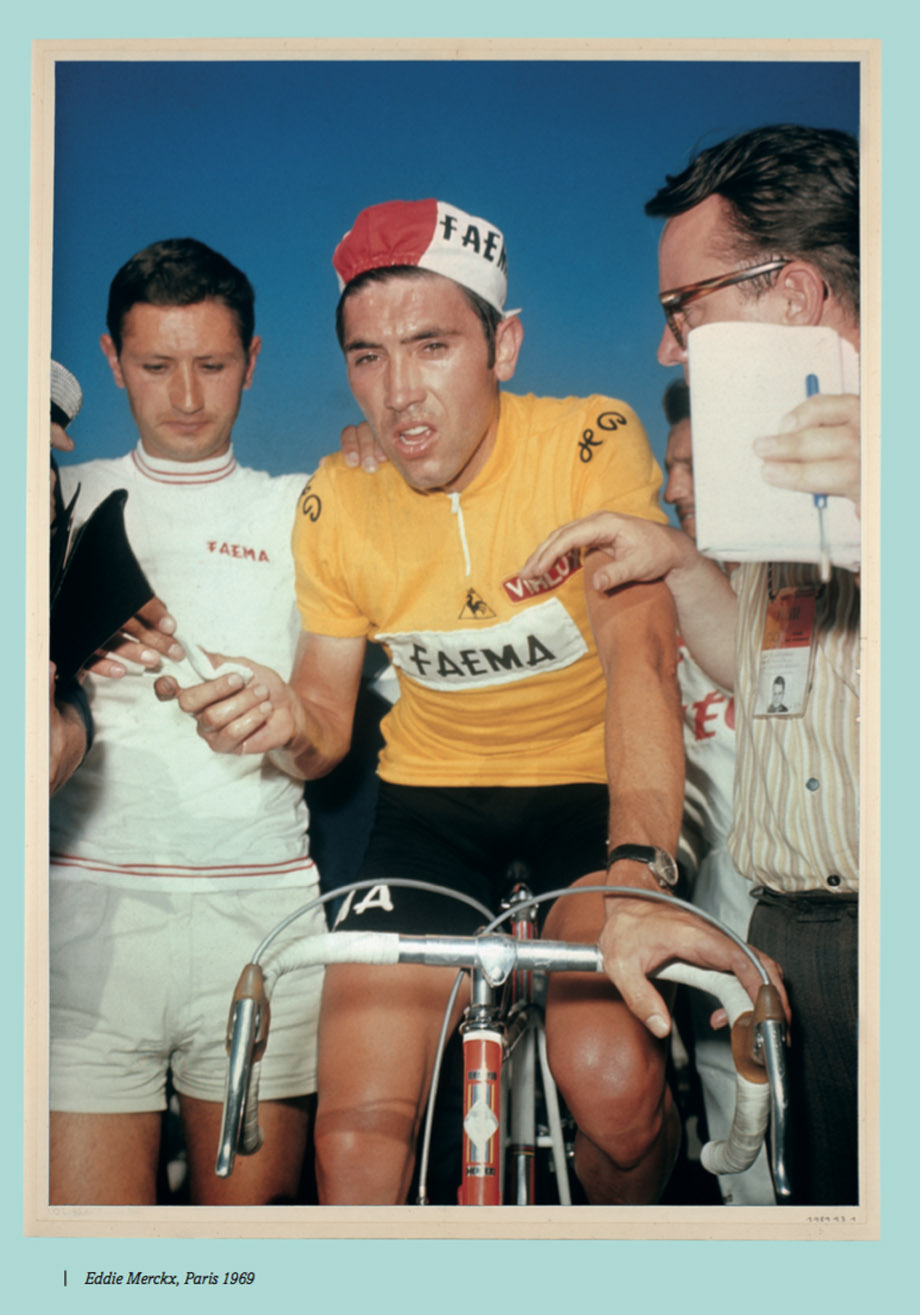 So we have a lot more in the book focused on this aspect of the Yellow Jersey. There is the noteworthy psychological effect that it has on riders wearing it and perhaps the best example is the one cited by the author: Thomas Voeckler’s surprising power to keep the jersey in two editions of the Tour de France. But we have even seen it in the latest edition of the Tour when non-climber Mathieu van der Poel was able to hold onto the prize a day longer than expected. Of course, the psychological effect was particularly strong with him given that his grandfather, the late Raymond Poulidor, never had the chance to wear the Yellow Jersey even once in his impressive career, and van der Poel was overcome with emotion on receiving it. 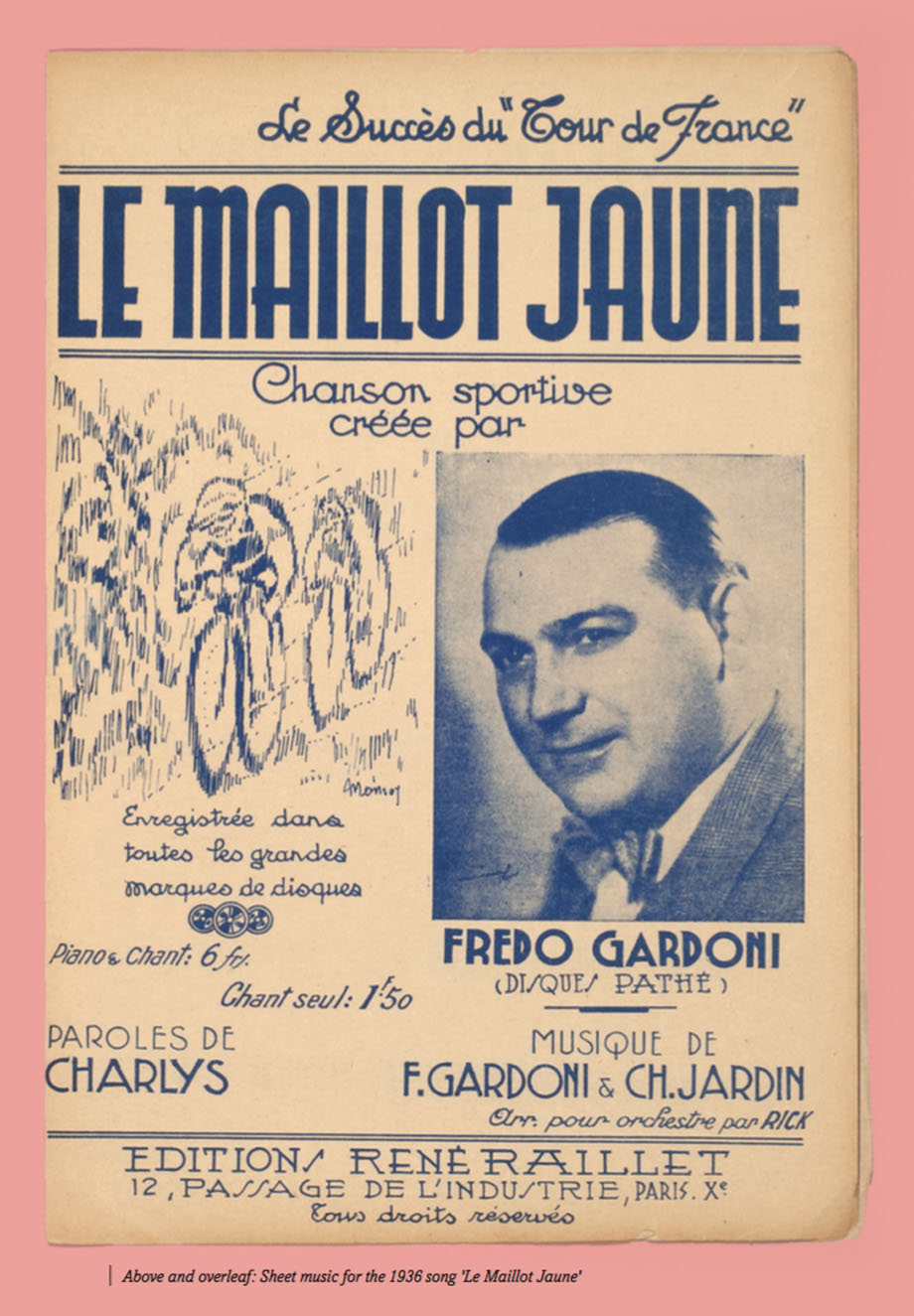 In addition to making riders perform above their usual levels, the Yellow Jersey has attracted its share of scandal as well. While numerous riders have been found cheating in the Tour’s history, those wearing the Yellow Jersey have attracted the most unwanted attention. The best story has to be Michel Pollentier’s attempt to evade drug testing while leading the 1978 Tour. He was discovered to be wearing a device containing fresh urine that would be provided to the testers instead of his own and was ejected from the Tour. He claimed later that he should not have been punished as he had not actually been tested yet and had therefore not failed any doping test! 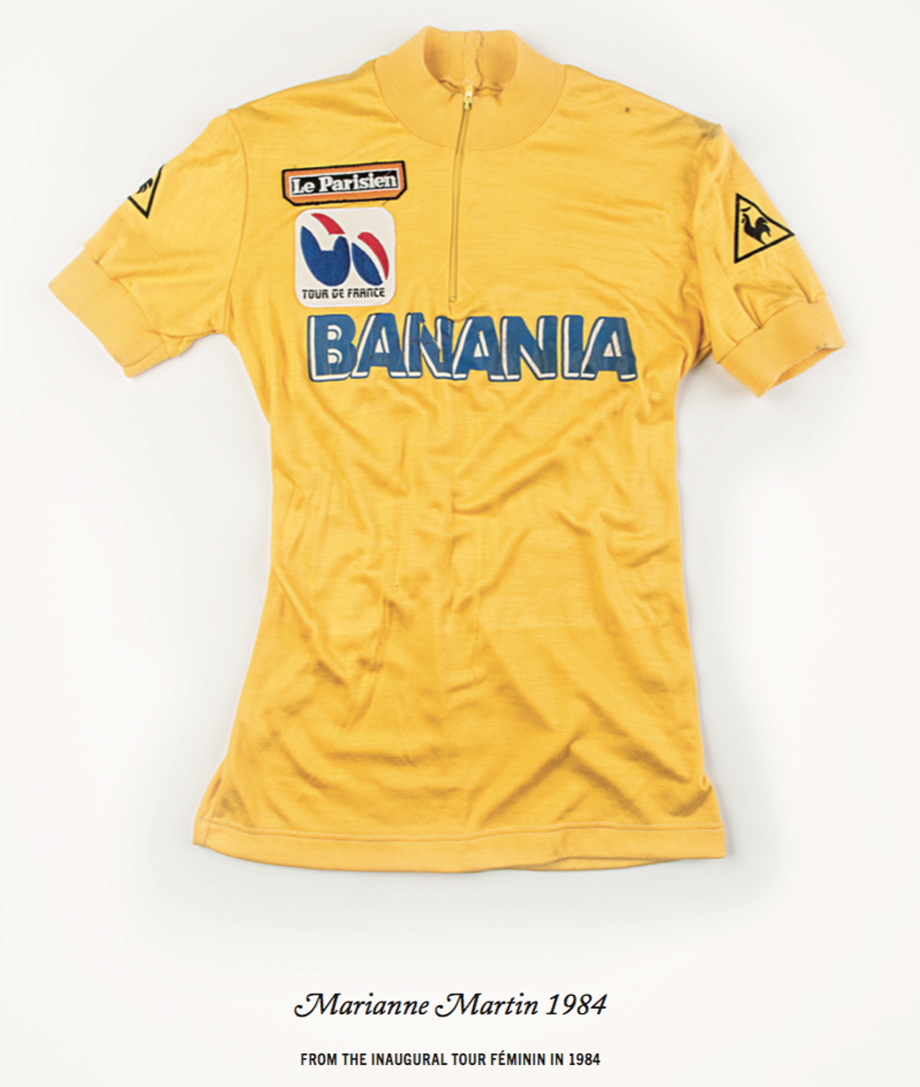 Dane Michael Rasmussen was the only other rider who was wearing the Yellow Jersey to leave the race due to doping—in that case, his own team pulled him out. However, there have been plenty of riders who at some point have worn the jersey who have had ethical issues with doping, although the Tour (and pro cycling in general) were slow to deal with the issue at all. And there is also the question of equality in sports. It surprises many that the first American to wear the Yellow Jersey as victor was not Greg Lemond but rather Marianne Martin in 1984 in the women’s edition of the race. The history of that event, and the very mixed attempts by Tour owner ASO to address the issue, are covered in some depth. 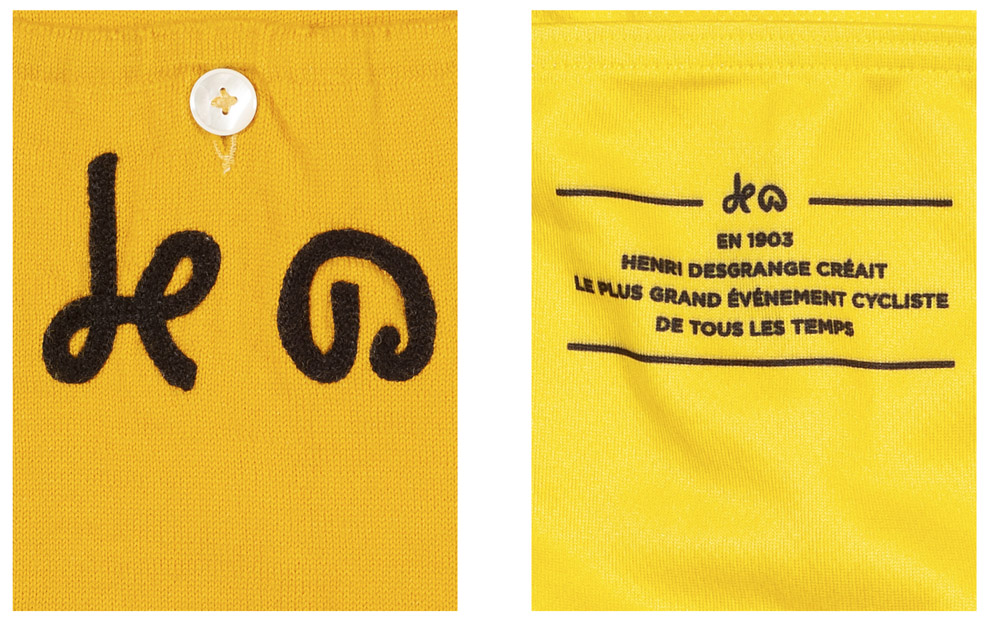 But the Yellow Jersey has come through all the ups and downs of professional cyclesport and as Tour director Christian Prudhomme notes it is unthinkable that there would ever be a Tour de France without it. It remains a powerful symbol more than a century after its introduction and “The Yellow Jersey,” a beautiful book with very fine illustrations, is an original and entertaining contribution to Tour de France literature. 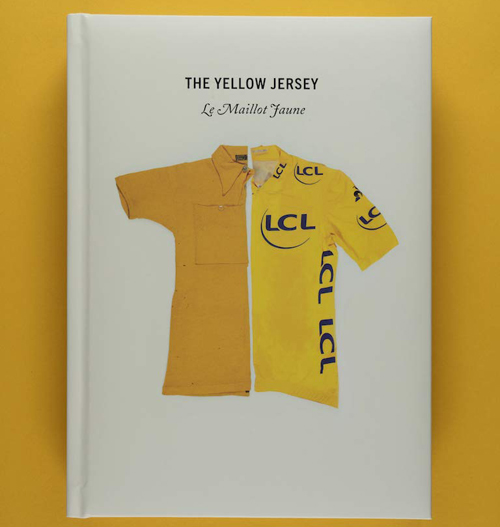 # “The Yellow Jersey/Le Maillot Jaune” by Peter Cossins is available from AMAZON.COM #