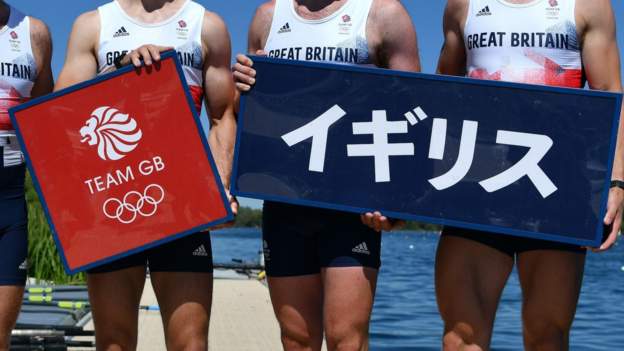 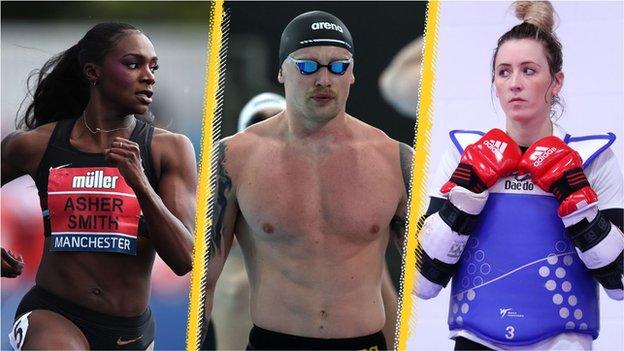 Seventeen days, 33 sports, 339 events. There’s a whole lot to enjoy at the Olympics in Tokyo.

You can view BBC Sport’s day-by-day guide here, but we’ve also narrowed it down to the 10 days Team GB fans really shouldn’t miss.

Jade Jones is seeking to become the first taekwondo fighter to claim three Olympic titles, having won -57kg gold in both London and Rio.

Nicknamed the Headhunter because she prefers to score points from her opponent’s head rather than their body, Jones is the reigning world champion in her division and enters the Games as number one seed.

Also on this date: Lizzie Deignan is in action in the women’s cycling road race – can she upgrade her London 2012 silver medal to gold?

A man who needs no introduction.

Five years ago in Rio, Adam Peaty won Team GB’s first gold medal of the Olympics in the 100m breaststroke. In doing so, he became the first British man to win an Olympic swimming gold medal since Adrian Moorhouse in 1988.

In the years since, he has increased his world and European title hauls to eight and 16 respectively, and lowered his own 50m and 100m breaststroke world records on multiple occasions.

Also on this date: Jonny Brownlee and Alex Yee will look to be among the medals in the men’s triathlon. It’s starting very early in the morning in Japan to beat the heat, so UK viewers will have to stay up late on the 25 July to watch into the early hours.

This is already an unbelievable story, and it could soon get even better, as Helen Glover becomes the first woman to row for Great Britain at an Olympics after becoming a mother.

Glover, who won coxless pairs gold at London 2012 and Rio 2016, had been away from elite rowing for four years and had three children when, in January, she announced her return, having got back on the rowing machine during the first national lockdown last year.

The three-time world champion is in the women’s pairs with 2016 silver medallist Polly Swann, with the duo winning European gold in April.

Also on this date: Matthew Coward-Holley, the world and European trap shooting champion, looks to add Olympic gold to his collection.

In previous Olympics, the men’s 100m has been the blue riband event, but not this time. This could be the moment of the Games.

Dina Asher-Smith, the fastest woman in British history, will go into this race as a world silver medallist and European champion over the distance, but faces tough competition for Olympic gold.

In Jamaica’s two-time champion Shelly-Ann Fraser-Pryce, she takes on the second-fastest woman in history, while Elaine Thompson-Herah and Marie-Josee Ta Lou could also be in the mix.

Also on this date: Keep a watchful eye on GB’s triathlon mixed relay team, while windsurfer Emma Wilson will hope to be in the women’s RS:X final as she follows in her two-time Olympian mum’s footsteps.

Max Whitlock made history in 2016 when he became the first British gymnast to win an individual Olympic gold medal with his victory on the floor. Within two hours, he had won a second, on the pommel horse, now his speciality.

Since that day in Rio, the five-time Olympic medallist has gone on to win a further two world titles and European gold on the pommel horse. Now he’s putting all his focus on the apparatus as he chases that third Olympic gold.

Remember Jason and Laura Kenny’s emotional embrace when they both won Olympic gold on the same night in Rio? Well it could happen again if they reach the finals in their respective events.

Laura should be up first in the women’s team pursuit finals, chasing her third gold in that event, before Jason tries to make the men’s team sprint final – having won gold in the event at the past three Olympics – alongside Jack Carlin and Ryan Owens.

The Kennys can both become the most successful British Olympians of all time in Tokyo. Jason, who has six Olympic titles, needs just one more gold to move clear of Sir Chris Hoy, while if Laura wins all three of her events, she would also have seven Olympic gold medals to her name.

But that’s not all on this date…

Asher-Smith will hope to have one medal in her locker already by the time she steps into the blocks for the 200m final, and if so, she’s likely to make it two in this race.

In 2019, she became the first British woman to win a major global sprint title, winning the 200m at the World Championships in Doha, and she is also reigning European champion over the distance.

Yet she reckons she’s “much, much stronger physically” and “much more technically proficient” than she was at the time of her world gold medal, so Britain waits to see what magic she sprinkles in Tokyo.

Sky Brown, aged 13, will become Team GB’s youngest-ever Olympian when she makes her Games debut in the new Olympic sport of skateboarding.

Brown, the 2019 world park bronze medallist, finished the qualification period third in the rankings, and is in with a strong shot at a podium finish.

British champion Bombette Martin, 14, will hope to join her younger team-mate in the final.

Also on this date: Alice Dearing will become the first black woman to compete for GB in Olympic swimming in the 10km marathon event.

Reigning world champion Katarina Johnson-Thompson will hope to land her first Olympic medal in the heptathlon having competed at the past two Games, emerging from Jessica Ennis-Hill’s shadow following the London 2012 champion’s retirement post-Rio.

Johnson-Thompson has not competed in a heptathlon since defeating Rio 2016 champion Nafissatou Thiam in 2019 because of an Achilles injury, but has competed in the high jump and long jump in competitions in recent weeks.

GB have won a heptathlon medal at the past six Olympics – can Johnson-Thompson extend that record to seven?

Two-time overall World Cup winner Shauna Coxsey will be the first sport climber to represent Great Britain at the Olympics as it makes its debut.

At the Olympics, athletes will compete in all three disciplines of climbing – speed, bouldering and lead – and it’s a thrill to watch.

Coxsey, also a two-time world bronze medallist, is to retire from the sport after Tokyo< and will hope to go out on top.

Also on this date: European champion Laura Muir goes in search of her first Olympic medal in her favoured 1500m event.

An Olympic gold medal is, so far, the one that has got away from Tom Daley. Three Olympic Games to date have brought two bronze medals, but will Tokyo produce the title he’s long been waiting for?

As well as in the synchronised event with Matty Lee, he goes for gold in the men’s 10m platform, the event in which he has won world, European and Commonwealth gold. One more will complete the collection.