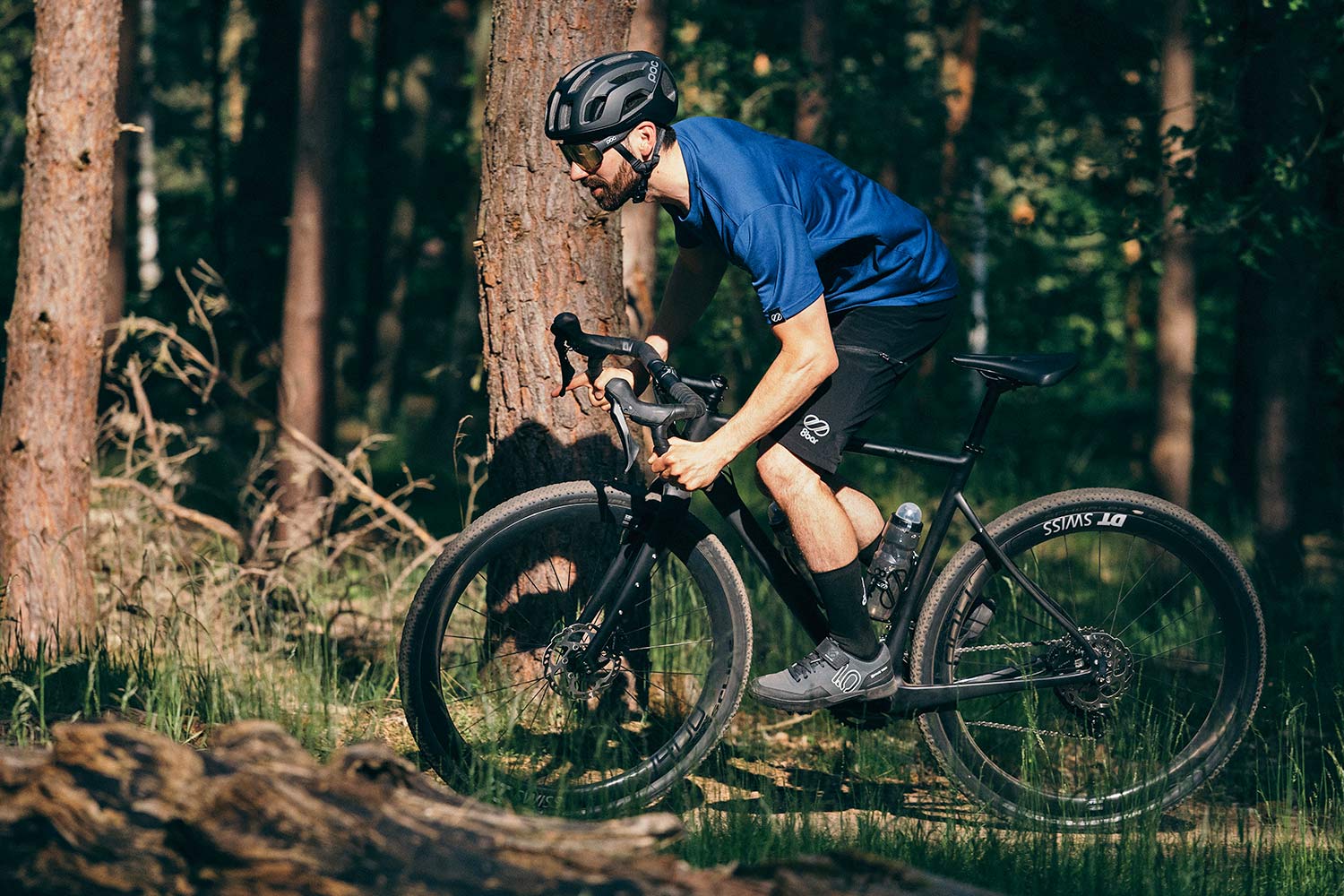 8bar’s affordable Grunewald carbon adventure gravel bike is back with a v2 update that is more off-road-ready than ever to extend your bikepacking trips further into the wilds. Now more of a lightweight dropbar 29er than the original 650b adventure bike, the new Grunewald Carbon v2 is lighter, fits bigger tires (obviously), can haul more gear, and will carry you faster & further than ever…

8bar still sees their new Grunewald Carbon v2 gravel bike as a blend of on-road speed and off-road capability, inspired by the woodland paths and mountain bike trails in western Berlin’s Grunewald forest. But built as a next-level adventure platform beyond their more road & gravel-oriented Mitte, the Grunewald is more of a mountain biker’s gravel bike, for those who can resist dropping into singletrack or exploring new trails off the beaten path.

To 8bar, gravel bike clearances of just 700c x 40mm or 650b x 2.0″ tires are now more of a minimum starting point (and what you’d find on the original Grunewald more than three years ago.) Now if you are really looking for adventure, why settle for anything less than a proper 29″ mountain bike tire?

So that’s where the new 8bar Grunewald Carbon v2 starts with clearance for 29 x 2.0″ tires. But they still managed to keep fast road-inspired handling, thanks to quick 71.5-72° head & 73° seat angles, paired with 15mm longer chainstays, a couple extra millimeters of BB drop, and longer wheelbases overall.

The position on the bike is also a bit more upright with the longer fork & headtubes, plus a bit shorter toptubes, but said to balance out with a similar mix of stability at speed and agile handling over rougher trails.

As with the original version, this new Grunewald v2 delivers a familiar mix of off-road, do-it-all versatility at a very affordable pricing level.

And the new bike is still built for 1x or 2x drivetrains, with a removable derailleur hanger, modular internal cable routing, and space for even road compact double chainring setups.

On top of the full rack & fender mounts of the original, the new Grunewald adds even more eyelets to mount even more gear. Now there’s one standard set & one triple set of cage mounts inside the main triangle, plus an extra set under the downtube and direct mount bento bosses on the top tube. The new full carbon gravel fork also now has 3-pack anything cage mounts as well.

The new UD carbon Grunewald v2 is also a hundred grams lighter than before, down to a claimed 050g for the frame, plus another 450g for the uncut fork.

Its modular internal cable routing port moves inside the front triangle on top of the downtube for better mud protection, and includes Di2 compatibility as well.

The trick is, 8bar’s custom bike builder tool has tons of options, but not everything is in stock. Even the framesets themselves are available in super limited quantities at the moment. If you snatch one of the first batch up now (availability numbers are shown on the 8bar site), you’ll get it quickly. Otherwise, you’ll likely end up waiting until January 2022 when the full shipment of bikes is expected to arrive in Berlin.