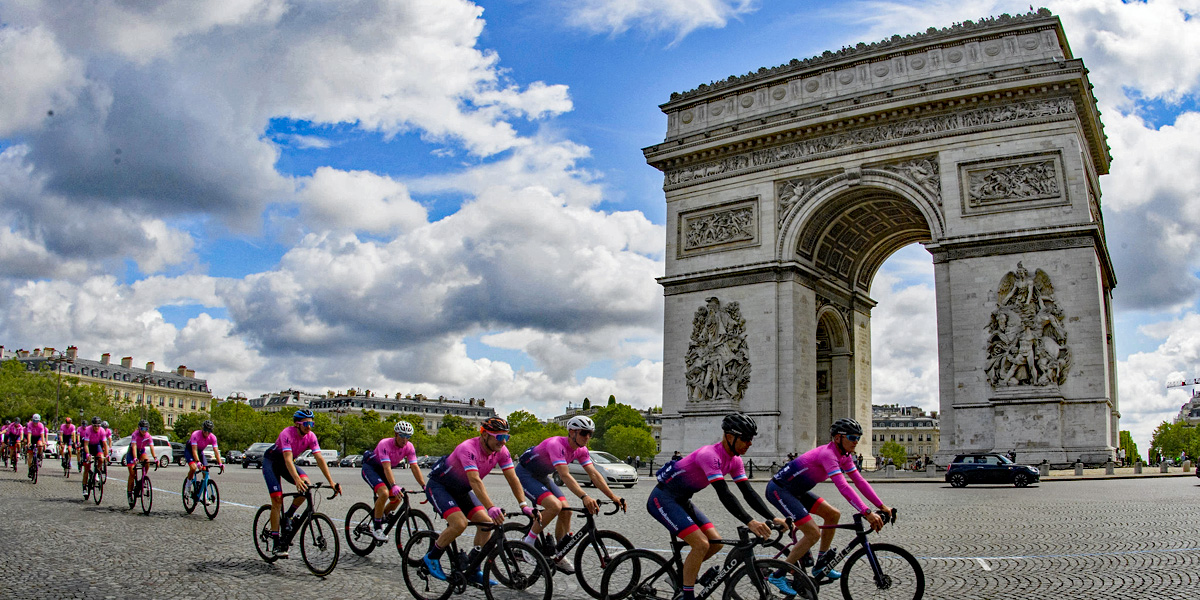 Geoff Thomas’ Tour: Ed Hood spoke to Ex England international footballer, Geoff Thomas, before he took on the 2021 Tour de France route for his leukaemia charity. Ed caught up with Geoff after ‘his’ Tour to hear how he and his peloton got on. 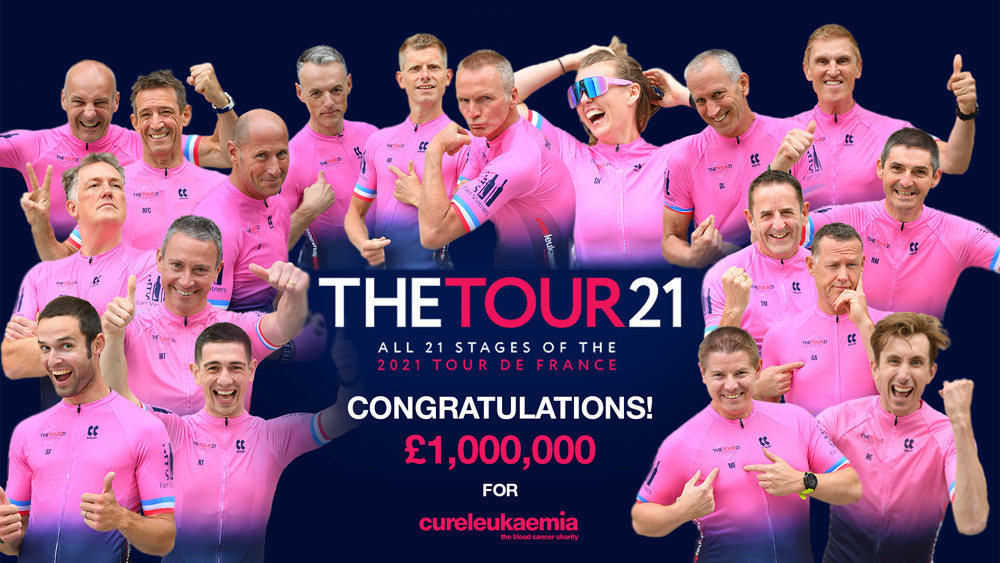 If you’re a regular reader then you’ll remember that we spoke to former England soccer star and leukaemia survivor, Geoff Thomas prior to his epic fund raising exploit – riding the complete parcours of the Tour de France, stage by stage in advance of the race. Now that the dust has settled on Geoff – and Tadej’s and Cav’s – Big Loop Adventure we thought it would be good to catch up with the man again.

PEZ: The big question first, Geoff – how much money did you and the team raise and where does that money go to?
Geoff Thomas: We raised a million pounds Sterling plus, with money still trickling in; it will got to the clinical network the Kill Leukaemia Fund, who research and trial new drugs with the goal of finding new answers. 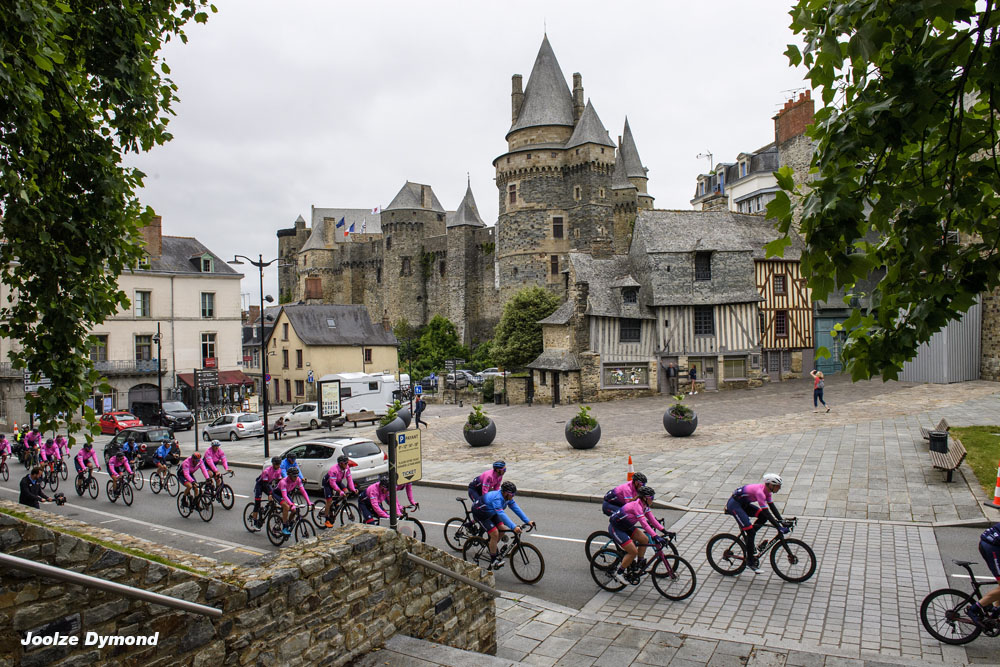 PEZ: Tim Declercq was ‘lanterne rouge’ on the Tour, he was in the saddle for 87 hours 57 minutes and 48 seconds, how does your group’s time compare to ‘The Tractor’s?
We took a lot longer than that! I think we all logged about double that – there were some very long days in the saddle, the double ascent of the Ventoux saw us getting in as darkness began to fall. I spoke to Geraint Thomas on his podcast about that day, he told us that he got up at 09:30 am for that stage – we were up at 05:30 am! 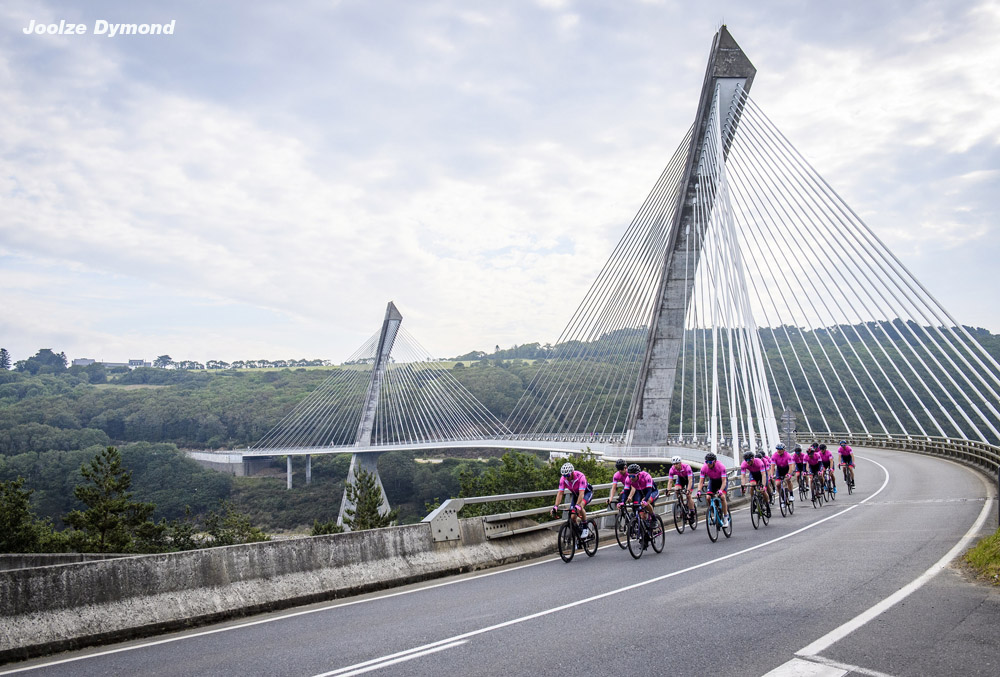 PEZ: It was an unusually rainy Tour, any ‘moments’ on the descents.
We only really suffered torrential rain on the flat stages but in the Pyrenees we did suffer with the temperature – there was low cloud and it was cold and damp. The stage to Andorra was miserable with cold drizzle for the last 60 kilometres up to the finish. 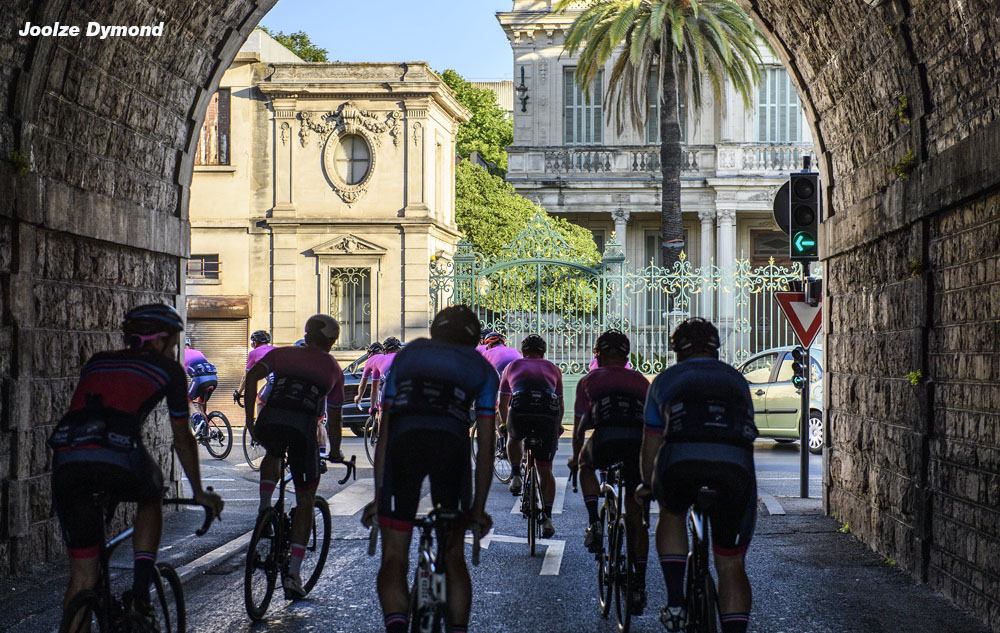 PEZ: The toughest day?
Stage Seven from Vierzon to Le Creusot was the longest stage at 249 kilometres, that was a tough one. [Matej Mohoric won the stage in the race in 5:28:20 at 45.521 kph, ed.]. The Ventoux stage was mentally very tough too, the thing we hadn’t realised was how windy it gets, up there – the last kilometres saw us battling with a 40 mph wind. Through the woods it was OK but when you exit the forest you think, ‘hello !’ as the wind hits you; it was very strong up past the Tom Simpson memorial. [The highest wind speed recorded at the summit of Mont Ventoux was 320 kph, ed.]. And some of the shorter climbs up into Andorra reminded me of climbs in Britain, short and sharp ascents at 18/20% – thankfully we had a rest day the next day. 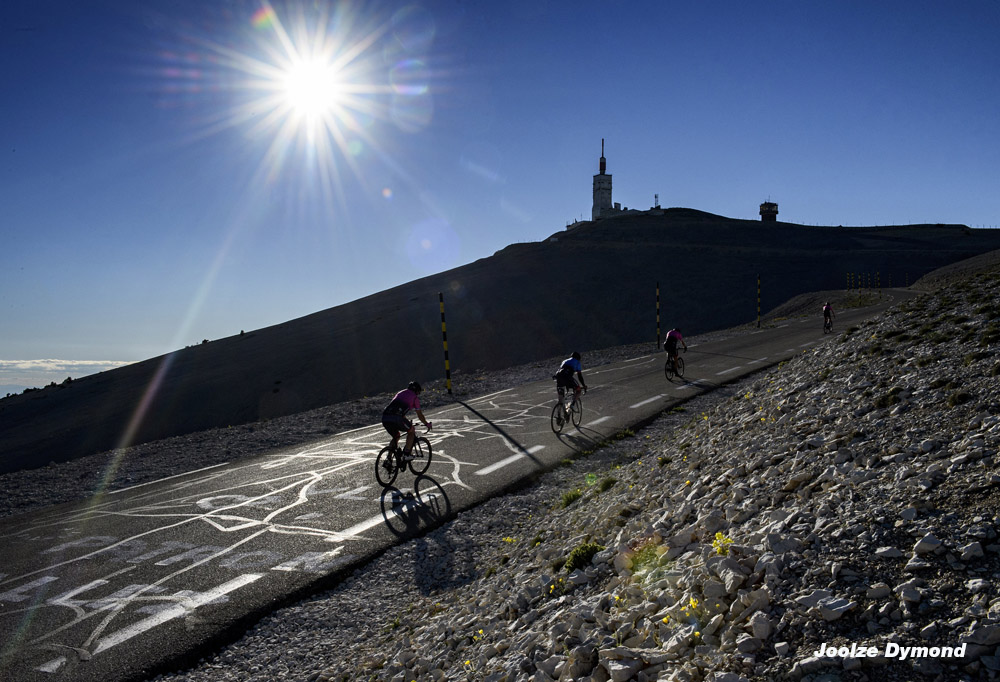 PEZ: How did body and ‘delicate areas’ bear up?
I had a few ‘issues’ after the Ventoux but they settled down, the body does get used to it. It’s more the mental side as you get more and more fatigued; all 18 of us had our ‘jour sans’ at one time or another. 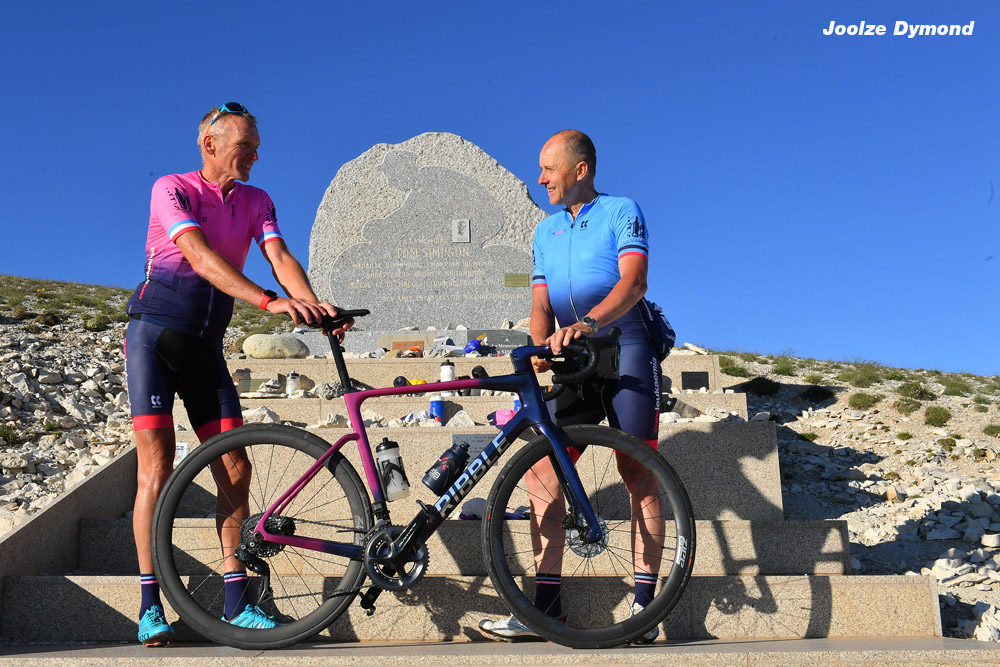 PEZ: How about that Ribble machine of yours?
It performed very well although we did have technical issues with some of the other bikes on the journey. 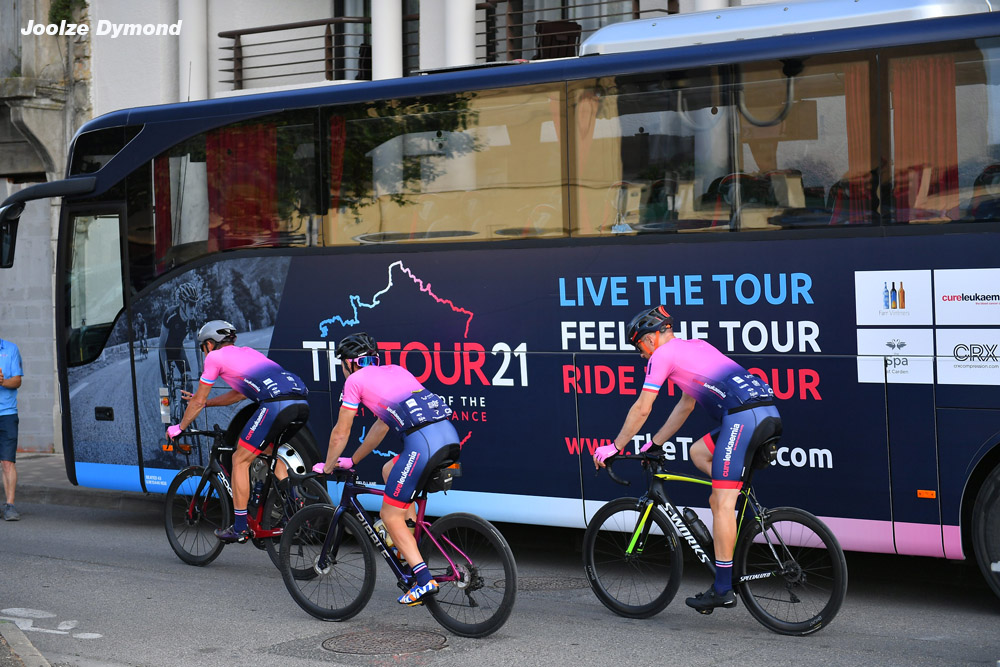 PEZ: Any days particularly memorable as ‘enjoyable?’
A thing you soon realise is that even the ‘flat’ Tour de France stages are bumpy; but on a couple of those stages the group didn’t split up – in the mountains we ride in groups according to ability – and it was nice to trickle along as a big group together – those were good days. 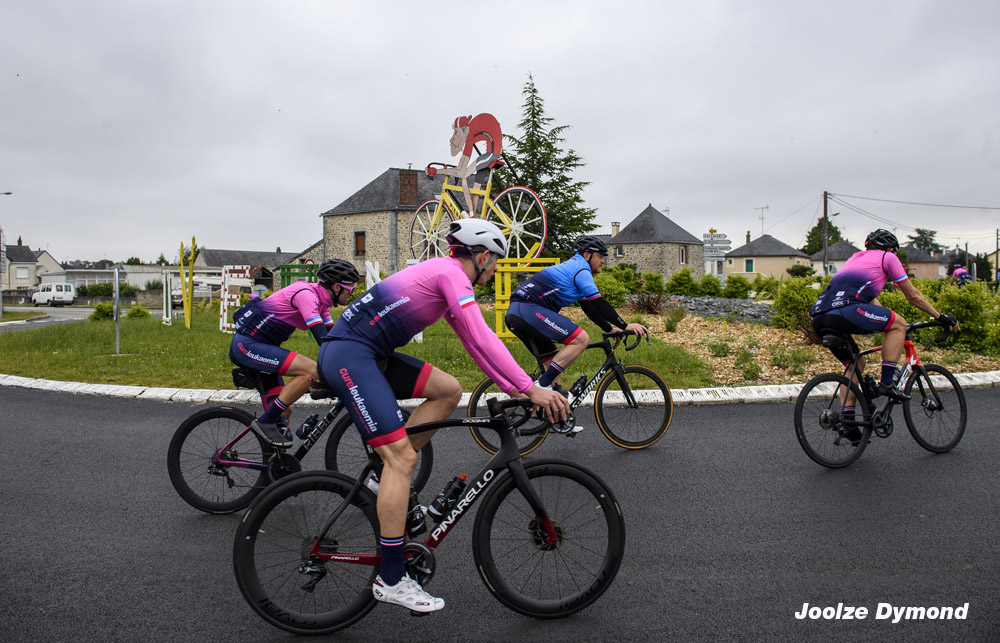 PEZ: Did everyone who started, finish?
Everyone got round, yes. Steve Falconer, who had blood cancer when he was just 16 years-old had real problems with his stomach and had to miss a few days but he recovered, got back on the bike and had the satisfaction of riding into Paris, which is always an emotional moment.

PEZ: Did you get much opportunity to interact with the professionals?
We were on the road well in advance of them so not physically but Chris Froome sent us good wishes the day before the final time trial and I was on the Geraint Thomas podcast. 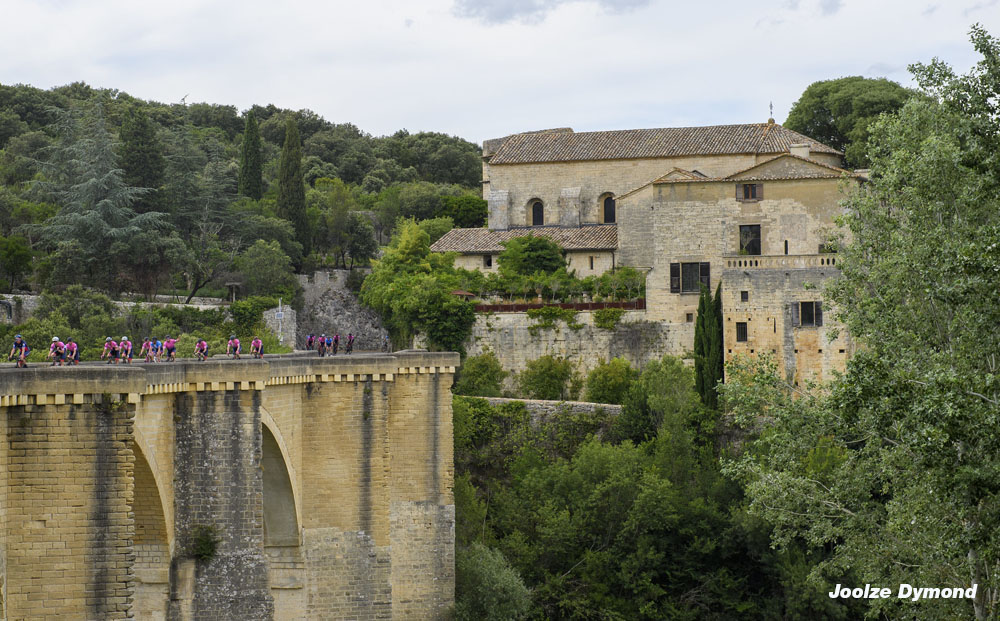 PEZ: What about Mr. Cavendish’s, ‘Lazarus job’?
He’s a tremendous talent, over the last years or two he perhaps lost his confidence but to come back and equal Merckx’s stage win record was special – I hope we’ll see him back at the Tour next year? 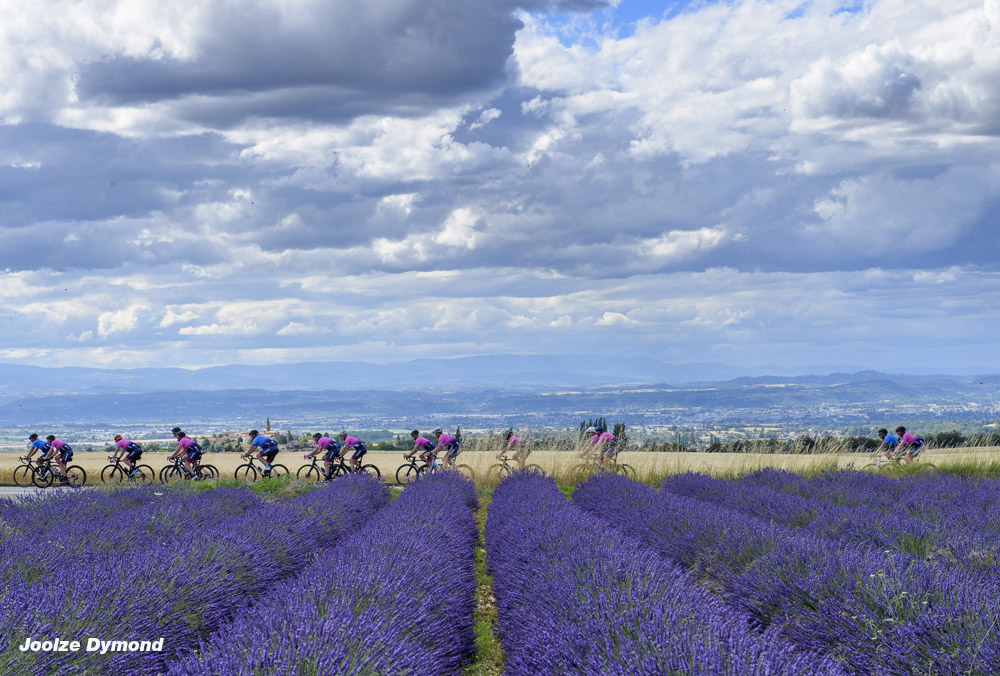 PEZ: Pogačar?
In professional sport sometimes a special person just comes along, right now he seems to be, ‘the one.’ He always seems calm, in control and makes the big statements when he has to. In soccer I’ve seen ‘rising stars’ peter out; but Pogačar seems to do the preparation and has the talent to write a new chapter in the sport. 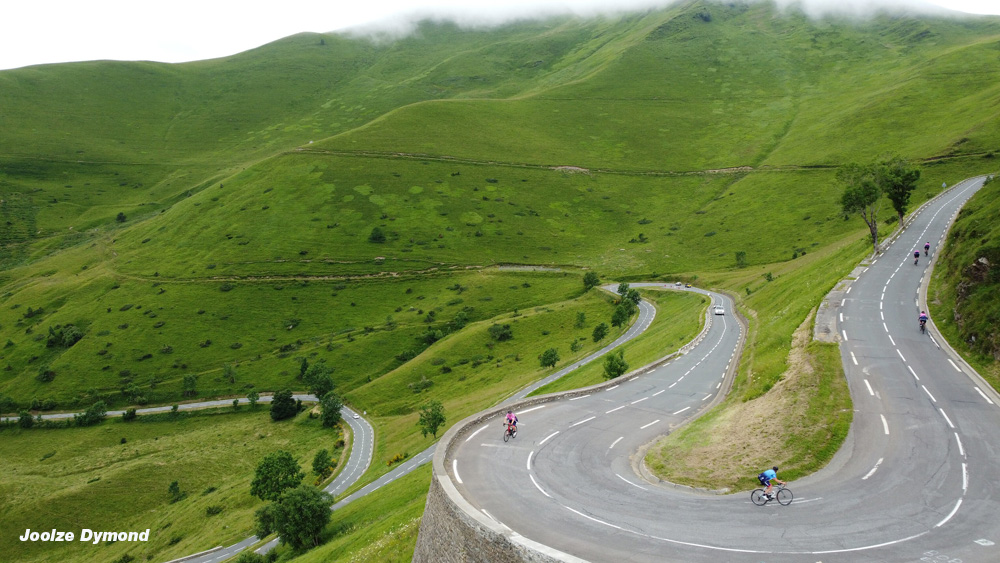 PEZ: If you’d been a pro cyclist, Geoff what would you be – climber, sprinter, chronoman, baroudeur?
Is there a category for ‘big Diesels’? I can churn away all day and am OK on grades up to perhaps 9% but anything steeper than that and I’m not at home. 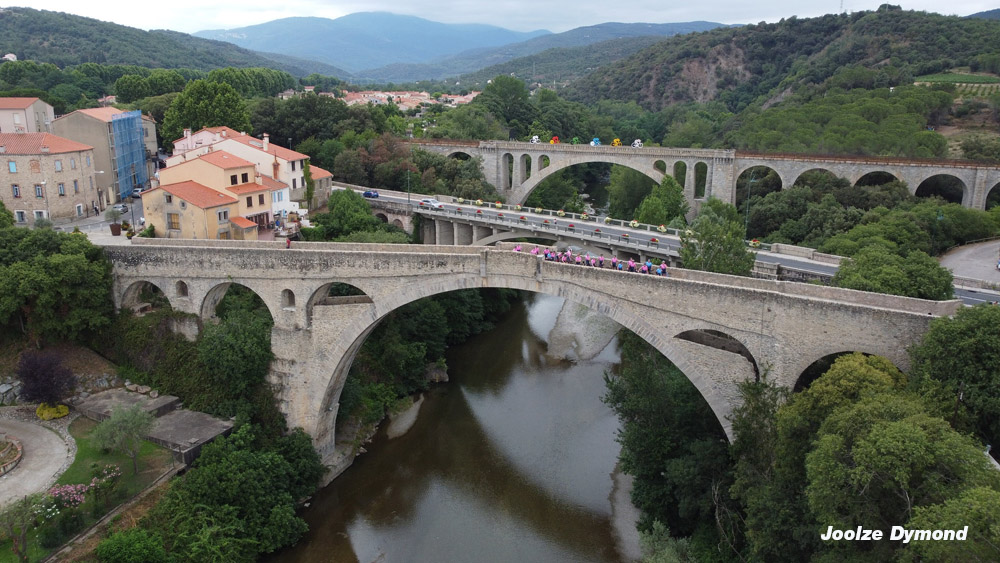 PEZ: What was your ‘guilty pleasure’ when you finished the ride?
Just a few celebratory drinks; but some of the group hadn’t touched alcohol for two years – they’d abstained in preparation for last year’s ride but of course, it didn’t happen due to Covid. It was interesting to see how some of them reacted. . . 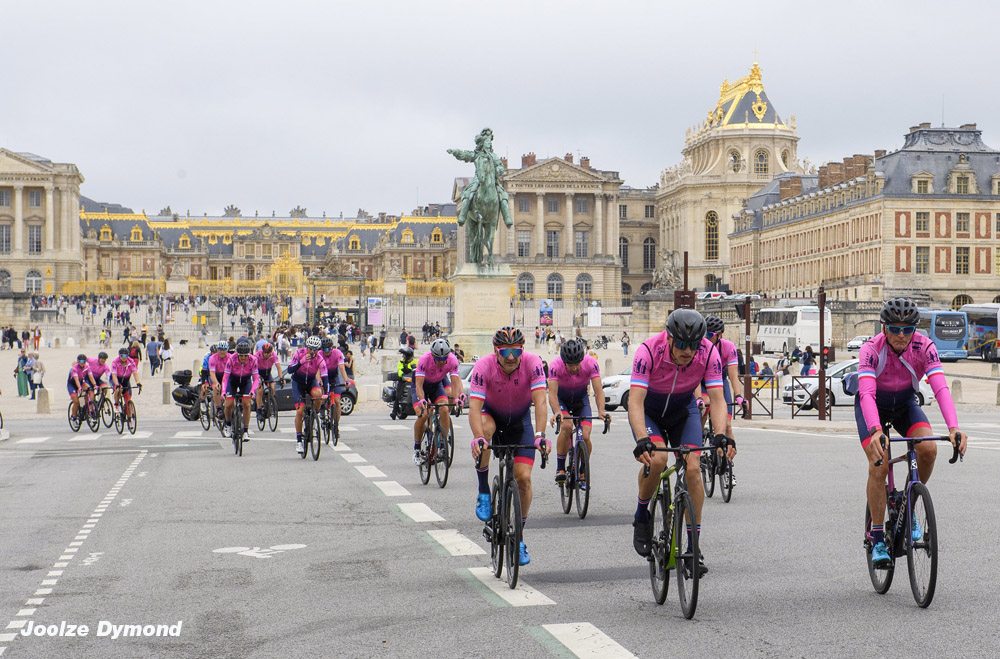 PEZ: What were your emotions at the finish, is it really the last time?
No, there’s been a change of heart. After the ride a guy approached me and said he would commit £100,000 to the fund but on one condition – that I rode, so yes, I’ll be there next year. . . 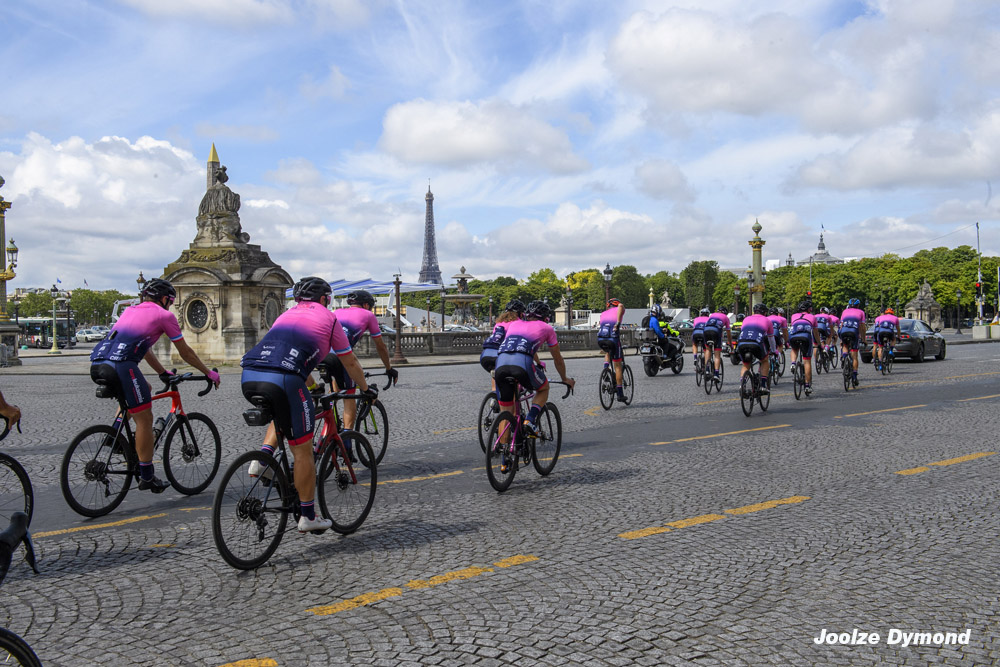 # What can we say but, ‘Respect’. With thanks to Geoff and Lloyd Webb for his cooperation on facilitating our chats with Geoff. # 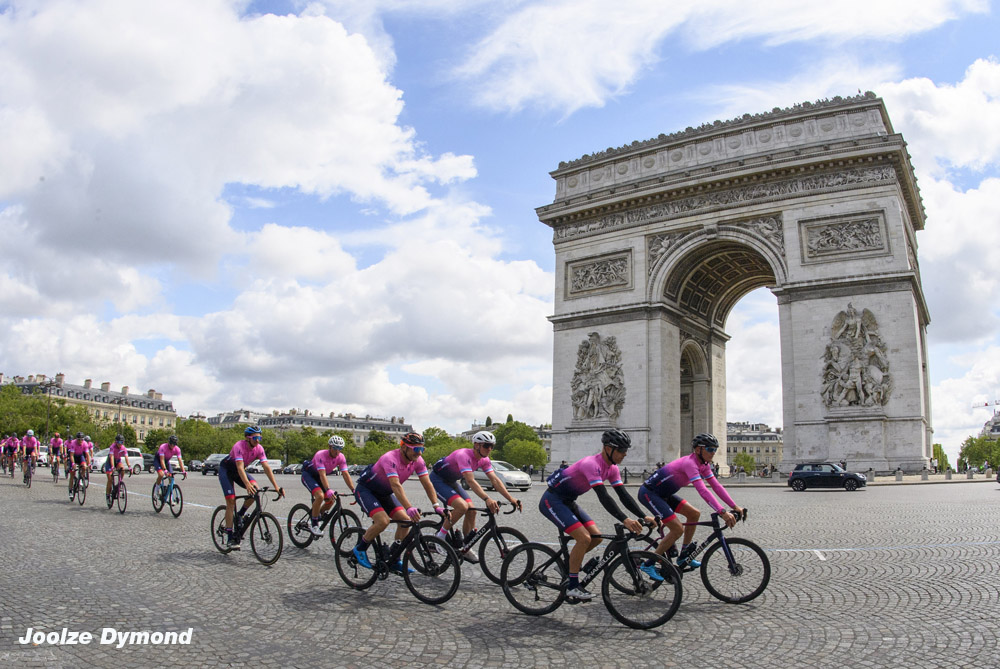