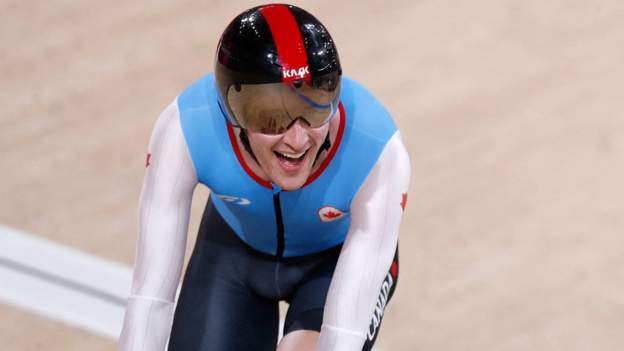 Canada’s Vincent de Haitre had barely got off his bike after the Tokyo 2020 men’s team pursuit final before starting his bid to qualify for the Winter Olympics in speed skating.

The 27-year-old hopes to join the 128 athletes to have competed at summer and winter Games – but time is short.

He would have had a year and a half to prepare, instead of six months, had Tokyo 2020 not have been postponed.

The Canadian team finished fifth, in a race where Italy broke their own world record to be crowned men’s team pursuit Olympic champions for the first time in 61 years.

De Haitre’s focus will now turn to Beijing 2022, which starts on 4 February next year.

And he will be hoping for a better experience than he had at the 2018 Winter Olympics in Pyeongchang, where he finished 19th in the men’s 1,000m speed skating and 21st in the 1500m race after suffering an ankle injury just before the Games.