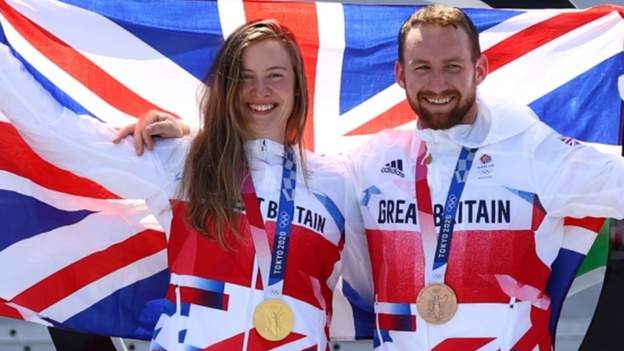 BMX freestyle could have its first national competition after “capturing the attention” of the UK at Tokyo 2020.

BMX made its Olympic debut, with Charlotte Worthington and Declan Brooks winning medals in the freestyle event.

More than £1m is also being invested in community facilities at five UK sites.

“We have begun the serious business of ensuring the hard-earned achievements of Charlotte and Declan deliver a long-term legacy,” said British Cycling’s delivery director Dani Every.

Worthington won gold and Brooks bronze in their respective events at the Tokyo Games.

Every continued: “BMX freestyle, thanks to the heroic performances of Charlotte and Declan at the Tokyo Olympics, has captured the attention of the whole country so I am delighted to be announcing our ambitions for this exciting discipline of cycle sport.”

British Cycling has established a BMX freestyle commission to guide the national governing body’s support, aiming to develop a national competition structure from 2022.

They also plan to establish a talent pathway with a network of talent development centres and create training opportunities for coaches, judges and event organisers.

Sites in Sutton-in-Ashfield (Asylum Skatepark), Corby (Adrenaline Alley) and Darwen (Junction 4 Skatepark) will be developed to support participation and talent development, while a long-term home for the Olympic-standard park used by Worthington and Brooks, formerly in Telford, is set to be decided.