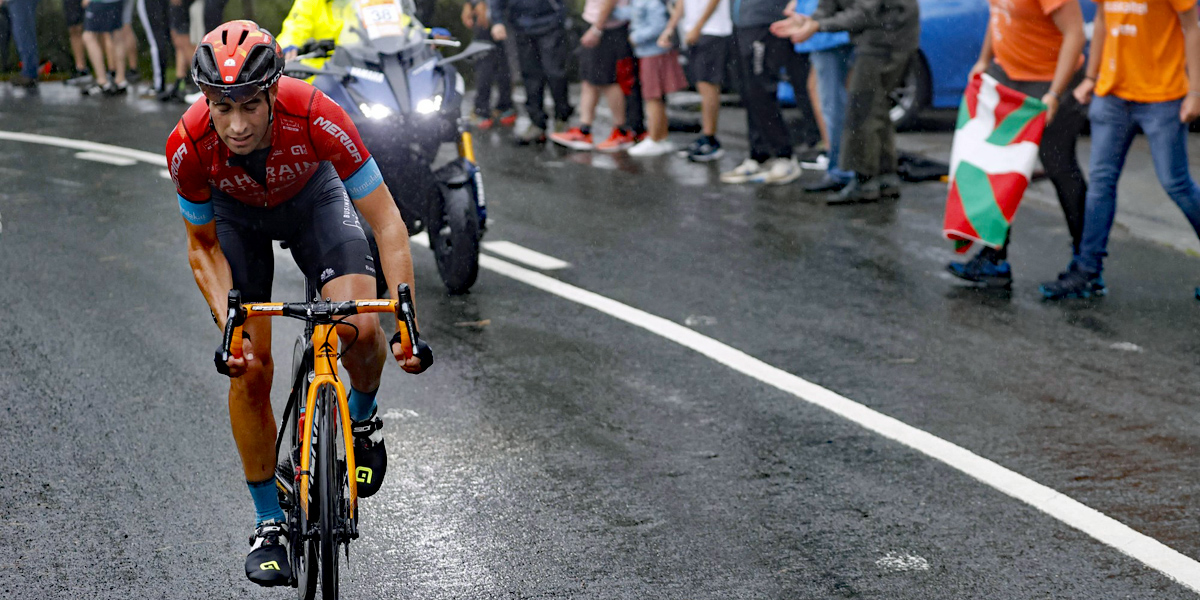 Ten Pre-Vuelta Takeaways: The last Grand Tour of the season, the Vuelta España, starts on Saturday, so what does last week’s Vuelta a Burgos tell us? Spencer Martin gives us his ‘Ten Takeaways’ from the weekend’s race action. Does Mikel Landa have any chance? 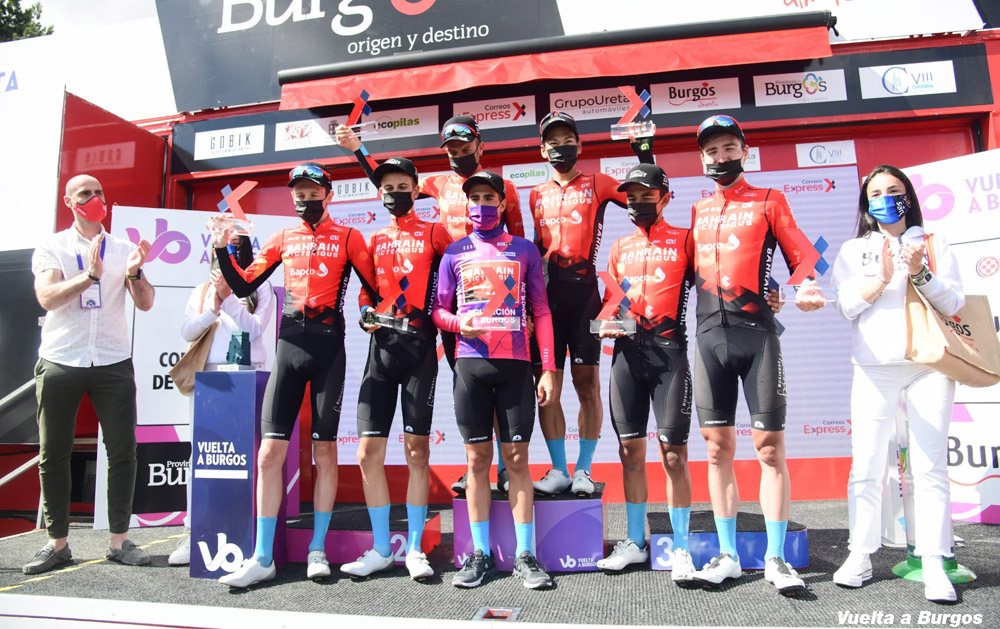 Landa and Bahrain Victorious on the Burgos podium

There isn’t much left for the grand tour hopefuls to do with less than a week before the final grand tour of the season, the Vuelta a España, but we got a glimpse of the form of a few of the Vuelta’s contenders like Egan Bernal, Mikel Landa and Hugh Carthy when they lined up at the five-stage Vuelta a Burgos, which raced over the same region where next weekend’s Vuelta a España starts. Landa would take his first professional win since 2019 and signal he has bounced back from his brutal crash at the Giro d’Italia earlier this year while High Carthy, the third-place finisher at the 2020 Vuelta a España, would win the race’s Queen stage mountaintop finish. At the same time, Ineos’ multi-pronged attack of Adam Yates, Egan Bernal, Dani Martinez and Pavel Sivakov fell flat due to crashes and/or missing form and signaled problems to come for the superteams’ Vuelta campaign. While Burgos showed us a few riders who are on the rise and a few who are struggling for form, the biggest takeaway might have been from a rider who wasn’t present. After watching Carthy battle Bernal for the stage win on Sunday, it became clear that Primoz Rogič, the defending two-time Vuelta champion and recent Olympic time trial champion, is still likely the heavy favorite to win the Vuelta and defend his reign. 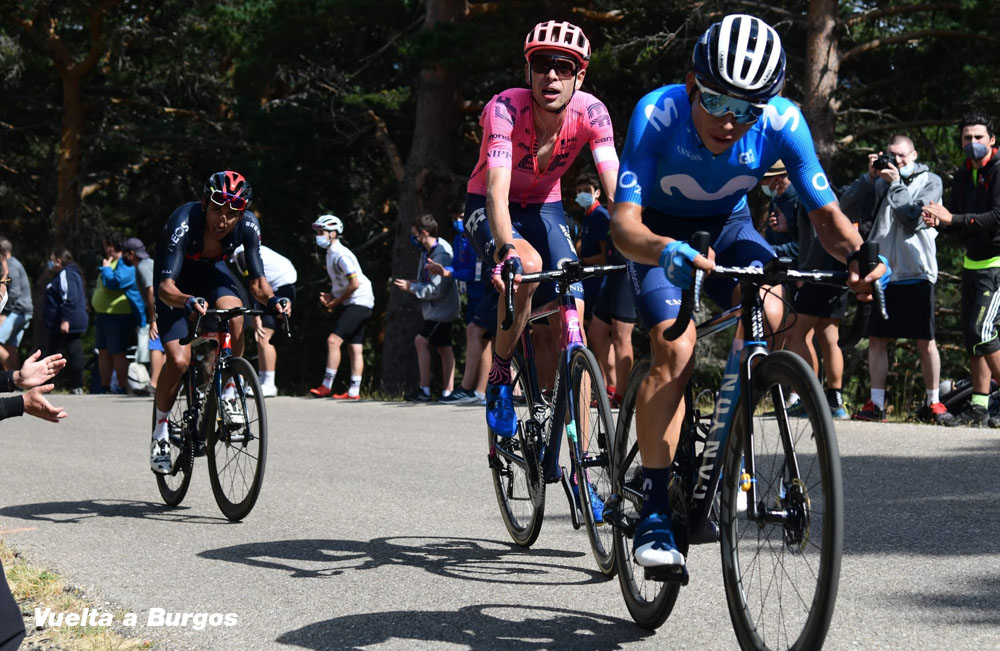 1. Hugh Carthy is finally looking back to his 2020 form at just the right time. After his breakthrough third place overall in the 2020 Vuelta a España, Carthy has struggled to recapture that magic. On Sunday at Burgos, he looked every bit of the rider who won atop l’Angliru last year. But, with the two riders who finished ahead of him last year, Primoz Roglič and Richard Carapaz, in attendance and looking as good, if not better than they did last year, it is difficult to imagine the Englishman finding enough to overtake them. However, one thing working in his favor is his extremely quiet, if not non-existent, summer campaign. Before Burgos, Carthy hadn’t raced since getting 8th overall at the Giro earlier this year, which could give him an edge over Roglič and Carapaz who both started the Tour and made the trek to Japan for the Olympics.

2. Primoz Roglič missed out on a chance to avenge his devastating 2020 Tour de France loss to Tadej Pogačar when he crashed on stage 3 of the 2021 edition, but in retrospect, this might just have set up the perfect preparation for the Vuelta. As he showed when he destroyed all comers in the Olympic time trial, Roglič has benefited from his forced break and focused preparation time. With Pogačar officially opting out of the Vuelta last week, it is difficult to imagine any remaining contenders keeping him from his third straight overall Vuelta title. 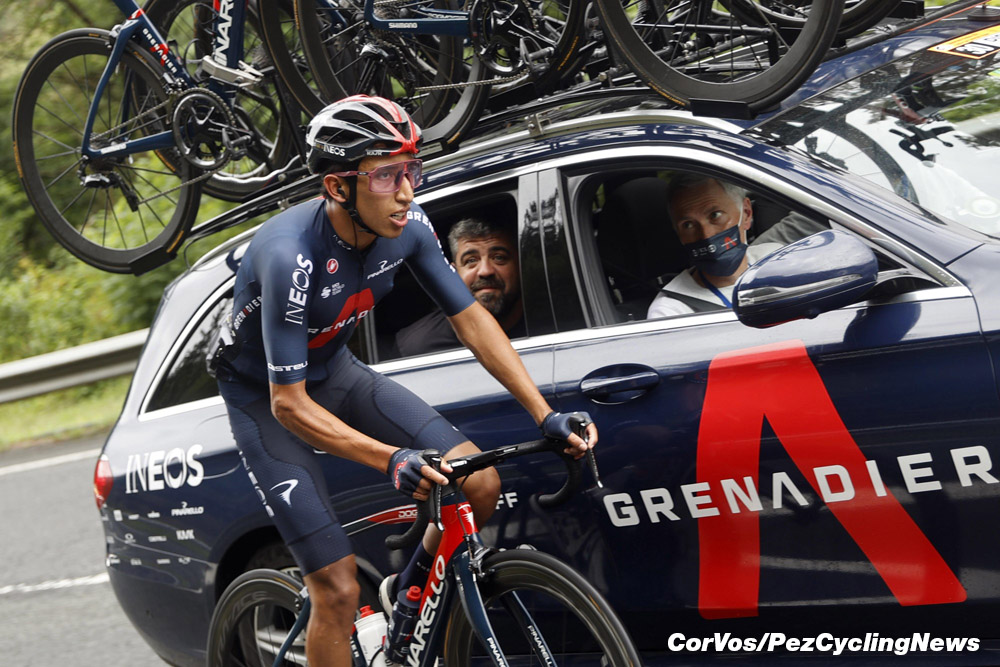 3. One candidate to topple Roglič is the 2021 Giro d’Italia, Egan Bernal. Since the Colombian was hurt at the 2020 Tour, we’ve never seen Roglič and Bernal go head-to-head, and this Vuelta should be an exciting opportunity to see two greats of the sport, who have won four out of the last seven grand tours, finally face off against each other. But, after being dropped by Carthy on the summit finish atop the final stage of Burgos, it is clear that Bernal is not back to the level that saw him win the Giro and that is still missing much needed form with less than a week before the Vuelta’s opening time trial on Saturday. Bernal is one of the sport’s rare talents who can build form in a small time frame, but with a time trial and mountain stage in the race’s opening week, it will be difficult for him to salvage enough time to make a third week comeback.

4. Ineos’ backup options don’t look much better either. The young Russian Pavel Sivakov has failed to take the expected next step and struggled at Burgos to put together a podium ride, while both Adam Yates and Dani Martinez crashed early in the race. Yates seemed to struggle after his crash and appeared off-the-pace for the rest of the week, while Martinez had to drop off after stage 3. 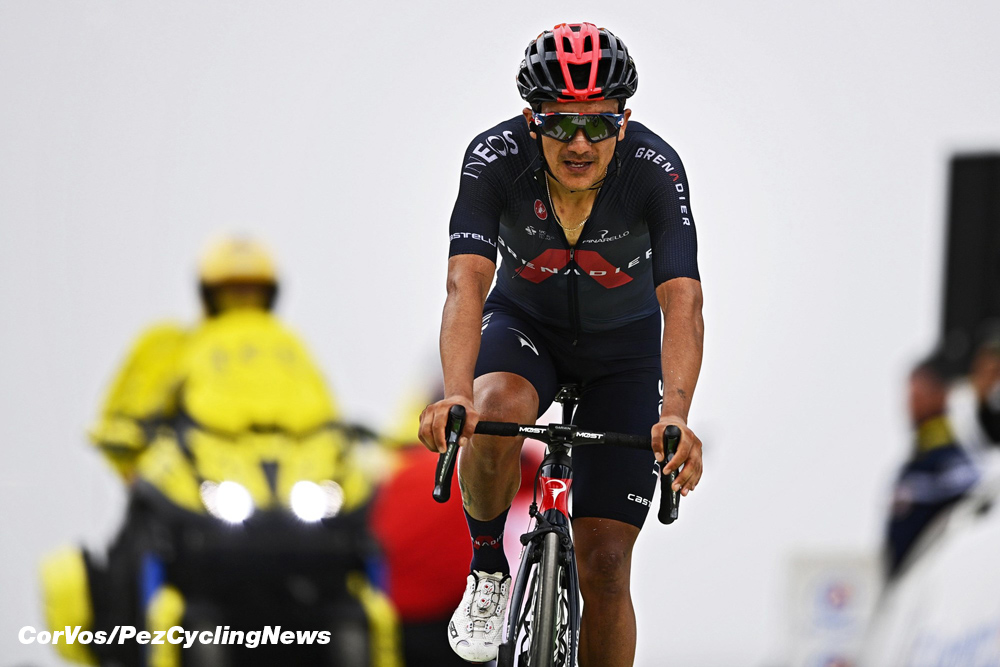 Will Olympic champion, Richard Carapaz, have anything in the tank?

5. Olympic road race champion Richard Carapaz would be the likely leader in the absence of another serious contender, but the Ecuadorian is most likely running on fumes after riding to a tough third place at the Tour de France and flying around the world to win the Olympic road race less than a week later.

6. Interestingly, Ineos will have two current Olympic champions on their Vuelta squad since mountain bike gold medalist Tom Pidcock will be making his grand tour debut. A lot will be expected of the 22-year-old, and he will likely shine early in this race, but just as Remco Evenepoel faded in his grand tour debut at the Giro d’Italia earlier this season, I expected Pidcock to be worn down by the grind of day-in-day-out efforts in a three-week race. 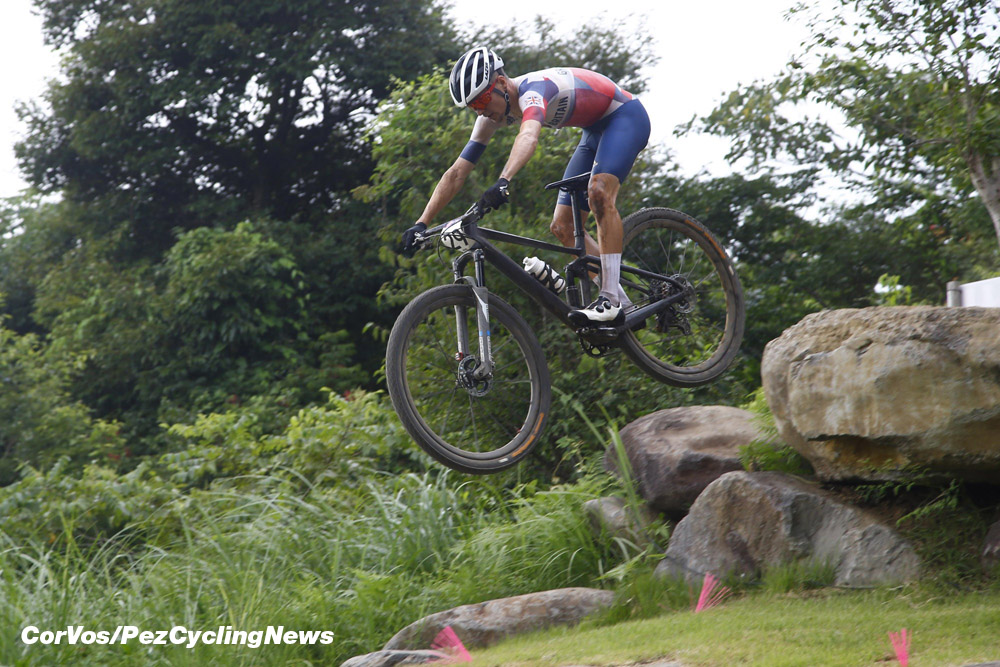 How will Olympic MTB champion, Tom Pidcock, fair in his first Grand Tour?

7. Due to the presence of multiple Olympic gold medalists Ineos’ Vuelta squad looks stacked, but upon closer inspection, it appears to lack a coherent strategy and resembles a fantasy team. Yates, Bernal, Sivakov, Carapaz, Martinez and Pidcock are all ‘stars’ and race winners, not career domestiques, which will make it difficult for the team to consolidate and rally behind a single leader when the time comes. This mirrors the ‘all leaders, no workers’ strategy the team employed, without success, at the Tour de France, and runs counter to their highly successful Giro strategy where they built a team of strong riders to ride for Bernal.

8. Mikel Landa looked seriously off the pace at San Sebastián, but he looked a changed man at Burgos and came away with the overall victory. This is massive for him since this is his first win since the 2019 season and signals he is recapturing the fantastic form he had earlier this year and recovering from the brutal crash that knocked him out of the Giro at just the right time. 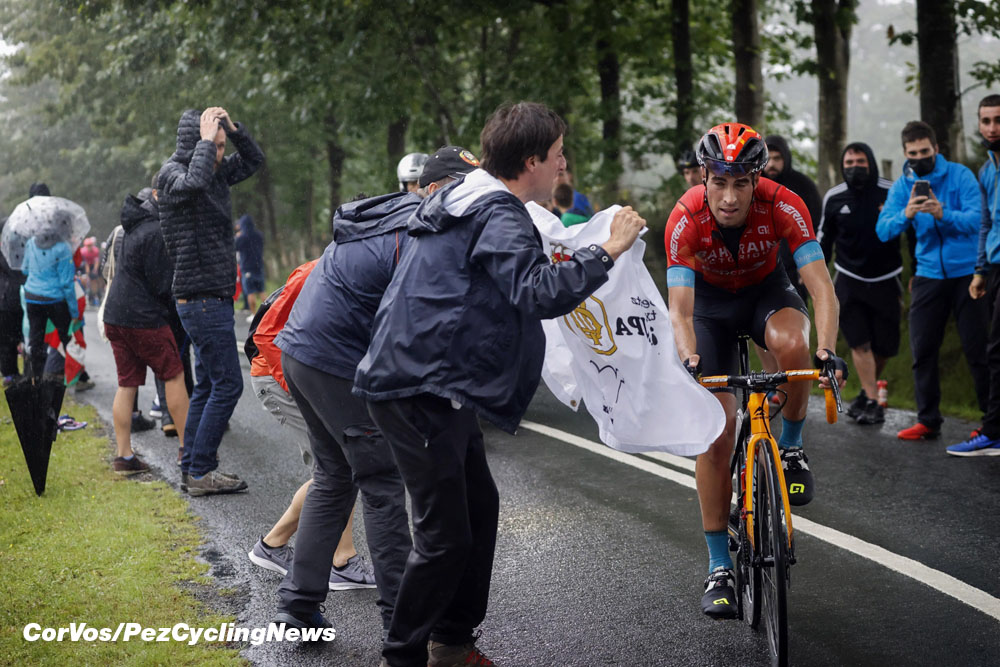 9. Mark Padun, the climbing sensation at the recent Criterium du Duaphine, beats Sivakov out for third place overall to get one of his biggest overall finishes of his career. While he lacked the absurd sparkle he displayed at the Dauphine, this is a solid result and it will be extremely interesting to watch him race his first grand tour of 2021. 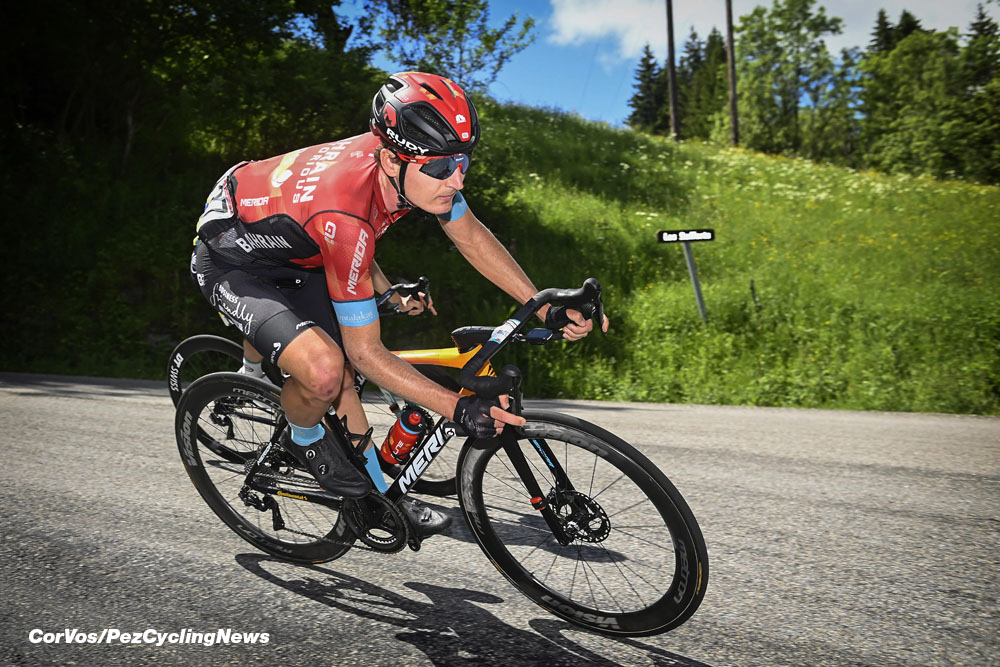 Mark Padun was the Bahrain ‘strongman’

10. Padun’s team, Bahrain-Victorious, has been strong all season long and put together impressive rides at both the Giro and Tour after their GC leaders at those respective races crashed out. With Landa and Padun, plus strong support or stage-hunting riders like Gino Mäder and Dylan Tuens, heading to the Vuelta, it will be very interesting to see what Bahrain could do with this strong team if they can finally get through a grand tour without losing their pre-selected leader. 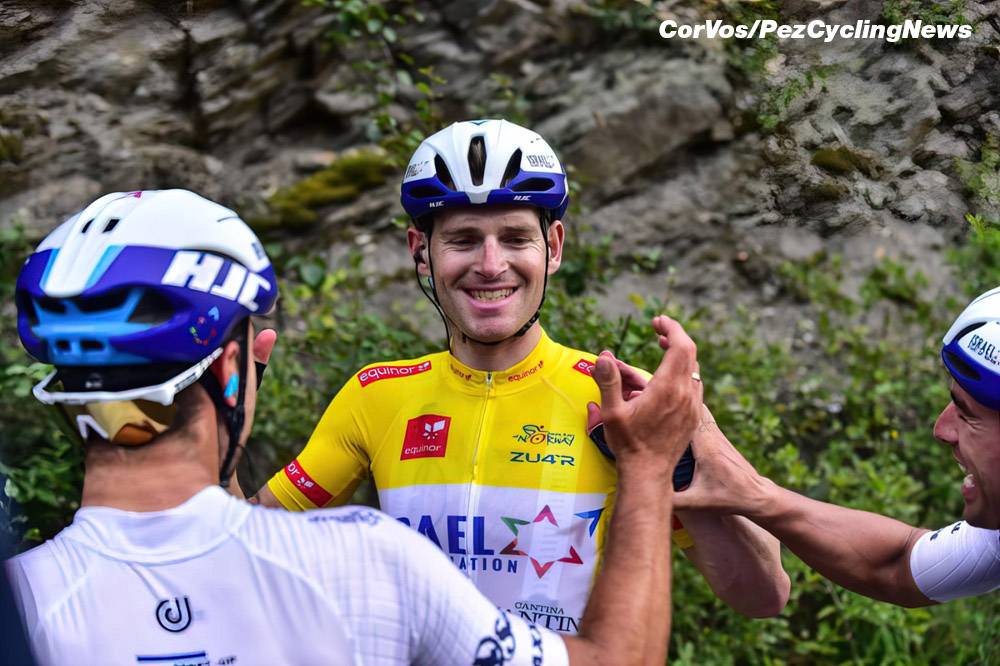