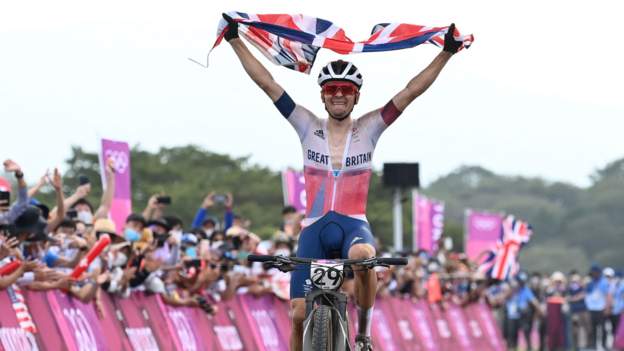 Yates, 29, will be racing the 10th Grand Tour of his career.

The race begins in Burgos and covers 21 stages before finishing on 5 September.

Pidcock’s long-term coach at Ineos, Kurt Bogaerts, called his mountain bike cross-country gold “mission impossible” because it came less than two months after the cyclist broke his collarbone in training.

The Leeds-born athlete has won world titles in cyclo-cross, road and mountain bike events at under-23 and under-18 level.