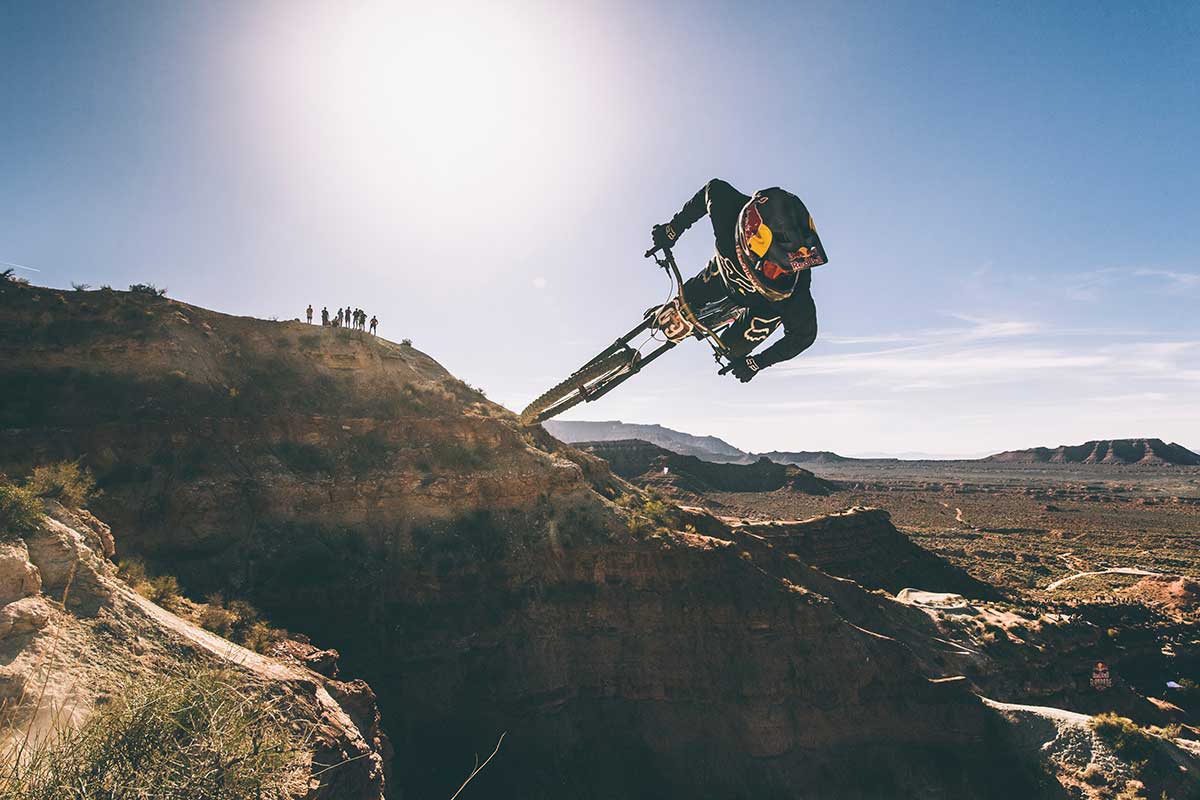 After a nearly two year hiatus, Red Bull Rampage is back for its 20th Anniversary Edition. Southwestern, Utah, will once again play host to some of the gnarliest riding you’re ever likely to watch, with a star-studded list of entrants crafting their own unique lines from the near vertical sandstone ridges. When is it? October 15, 2021. You can catch it on Red Bull TV.

Red Bull have just announced this year’s group of 15 elite riders of the freeride and downhill racing worlds. The top ten finishers from the 2019 event were automatically pre-qualified, while the other 5 wildcards and 5 alternates were voted on by a committee of former Rampage competitors, pro athletes, judges, and industry experts. So, who did they pick?

Andreu Lacondeguy of Catalonia, Jaxson Riddle of the US, Kurt Sorge of Canada, Brage Vestavik of Norway and Cam Zink of the US are the wildcard invitees of Red Bull Rampage 2021. We’re especially excited to see what Brage will lay down in his run after the massive sends he landed in his X-Games Real MTB edit (which he won, of course).

Those guys join the pre-qualified riders from 2019; Brendan Fairclough of the UK, Szymon Godziek of Poland, Vincent Tupin of France, Brett Rheeder, Tyler McCaul, Ethan Nell, Carson Storch and Kyle Strait of the US, and Brandon Semenuk (2019 winner) and Tom van Steenberg of Canada.

All invited athletes will confirm their attendance by September 27th, at which point anyone who drops out or is unable to attend would be replaced by an event alternate and the competition roster will be set. Who are the alternates?

Red Bull TV will once again live broadcast all the action on October 15. Tickets will go on sale Friday, August 20th at 9AM PT/12PM ET at www.redbull.com/rampage.