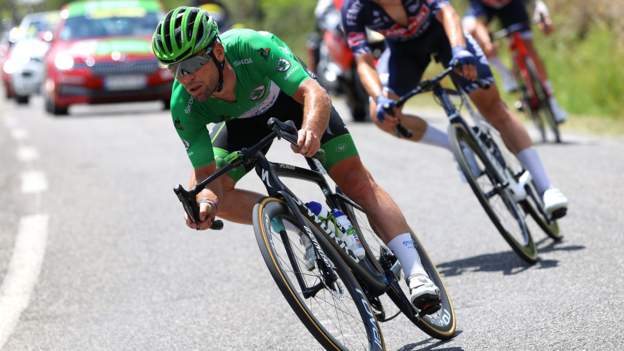 Mark Cavendish is the first rider to be confirmed for this year’s Tour of Britain.

Cavendish will lead Belgian team Deceuninck-Quick-Step when the race begins in Cornwall on 5 September.

“It’s always an honour to race on the home roads of the Tour of Britain,” said Cavendish, who will be competing for a 12th time.

Cavendish, who has won 10 stages of the Tour of Britain, added: “It’s a race where I have always enjoyed success and I am really looking forward to racing with what I know will be a strong team.

“It has already been a special year for me and riding the Tour of Britain will be a great way to see so many of the people who have supported me throughout.”

This year’s race begins in Cornwall on 5 September, and includes a team trial in Carmarthenshire (stage three), a hill-top finish on the Great Orme, Llandudno (stage four) and a first-ever finish in Edinburgh (stage seven).

The 2021 champion will be crowned in Aberdeen on Sunday 12 September.

The race did not take place last year because of the coronavirus pandemic. In 2019 it was won by Dutch rider Mathieu van der Poel.