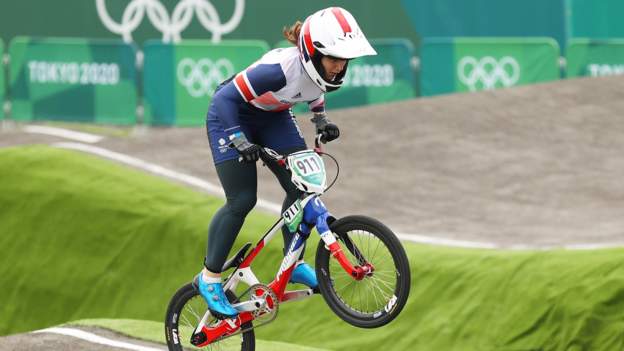 Olympic medallists Beth Shriever and Kye Whyte are among 11 Britons competing at the BMX World Championships on Sunday and you can watch it live on the BBC.

Alongside team-mate Whyte, they became Britain’s first ever BMX medallists.

Watch live coverage from Arnhem on the Red Button, BBC iPlayer and the BBC Sport website from 12:15 BST.

What is the BMX World Championships?

Around 56 countries participate in BMX every year.

Unlike the World Cup – which is an international racing series held at several locations throughout the year – the World Championships are held just once a year, with the winner of each event crowned BMX Cycling world champion.

All times are BST and are subject to change

You can view BBC Sport output as well as listen to radio sports programming on the BBC iPlayer.

The BBC Sport website is available via desktop, mobile, tablet and app, giving easy access to the live stream, text commentaries, news, reports and schedules. The BBC Sport app is free on Apple and Android devices.