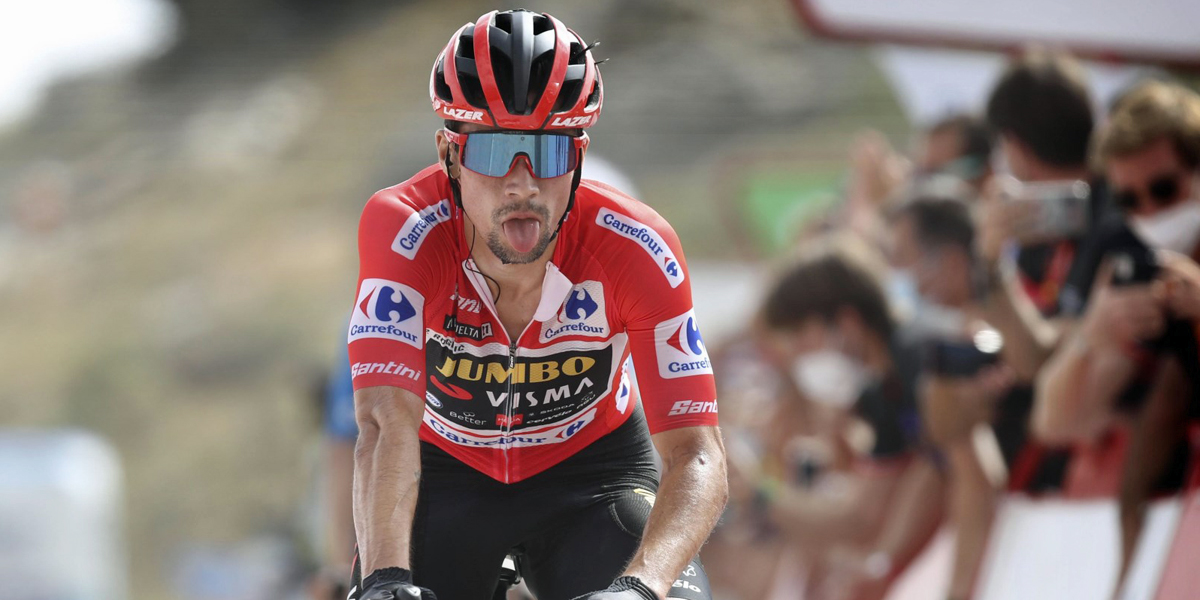 VUELTA BREAKDOWN: After nine stages Primoz Roglič is still in the red jersey and looking quite comfortable and in control. There are question about his Jumbo-Visma team, but also the competition. Spencer Martin gives us his ‘Ten Takeaways’ from the Vuelta so far. 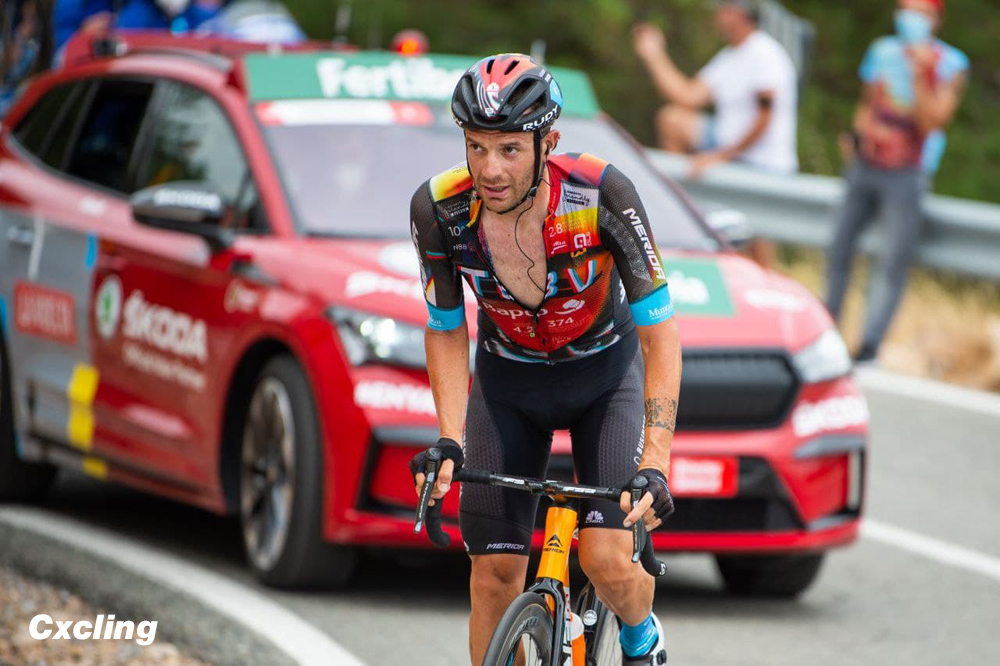 Yesterday’s ninth stage of La Vuelta España served up the first real mountain stage of the race, and the sun-bleached landscape of Southern Spain served up perhaps the best grand tour mountain stage of the year, and did its best to separate the pretenders from the contenders. Damiano Caruso won the stage atop the brutal Alto de Velefique climb with an absurd long-range attack, while Primoz Roglič, who was closing in extremely fast behind, took second place on the stage to extend his overall lead, with Enric Mas coming over the line just a single second behind in third place to cement himself as the most viable contender to disrupt Roglic’s title defense. 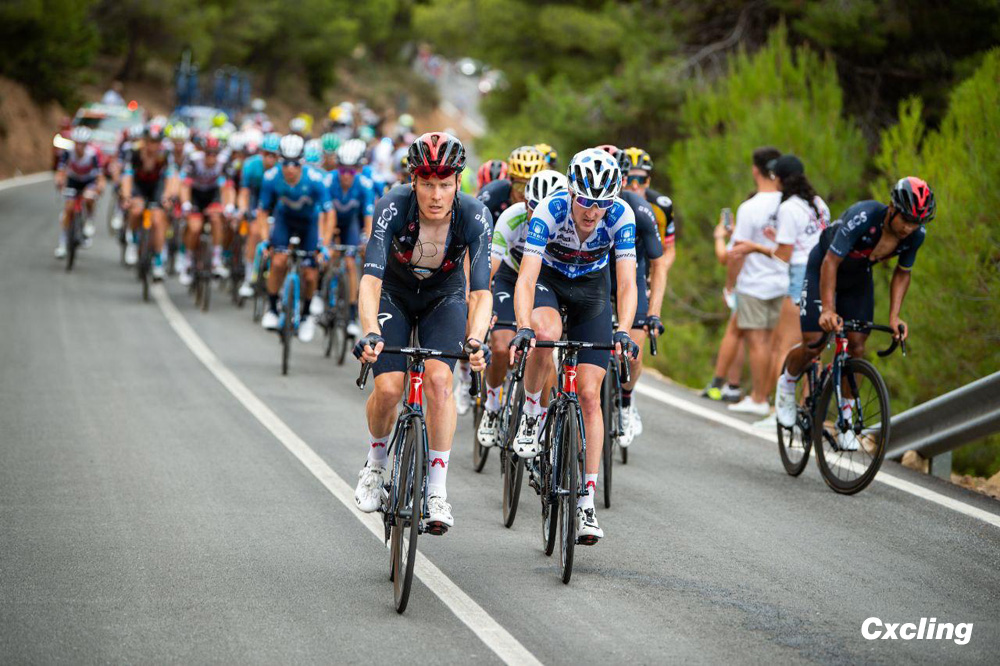 What was the Ineos plan?

Despite their Ineos team taking control of the stage early on, Egan Bernal and Adam Yates couldn’t match the pace of Mas and Roglič on the final climb and slipped further afield of the race lead. As the race heads into its first rest day, it is clear that Movistar, not Ineos, will be the dominant GC team of the race, but only time will tell if their numbers at the top of the GC leaderboard can truly trouble Roglič, who has failed to put a foot wrong so far and even appears to be practicing more restraint than in years past, likely in an effort to avoid the third-week troubles that have plagued him at times. 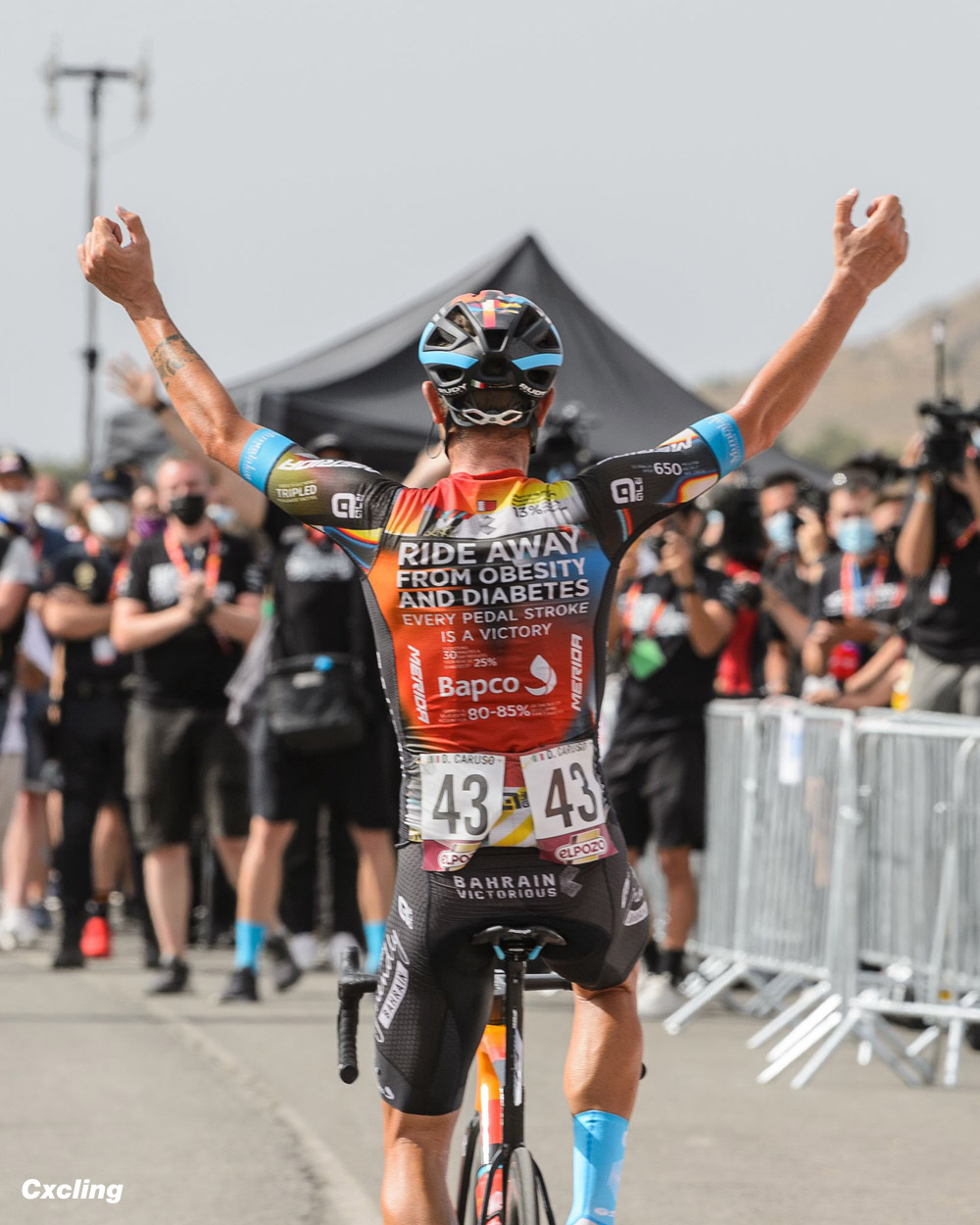 Ten Takeaways:
1) Damiano Caruso gets a truly amazing stage win after riding solo over the final 70-kilometers. This is similar to stage 20 of the 2021 Giro d’Italia when he attacked a long way from the finish to clinch a stage win and second place overall. 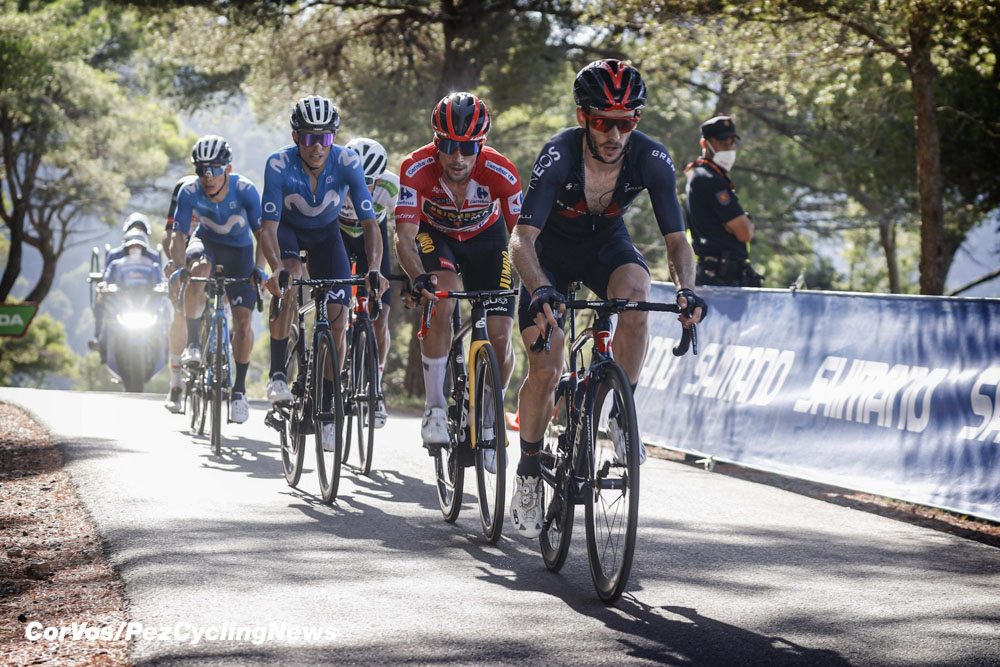 Yates’ attacks come to nothing

2) Heading into the first rest day, Ineos is sitting 5th (Bernal), 6th (Yates), and 21st (Carapaz) in the GC. This certainly isn’t what they had in mind when they came into this race with what they thought were three legitimate GC contenders. 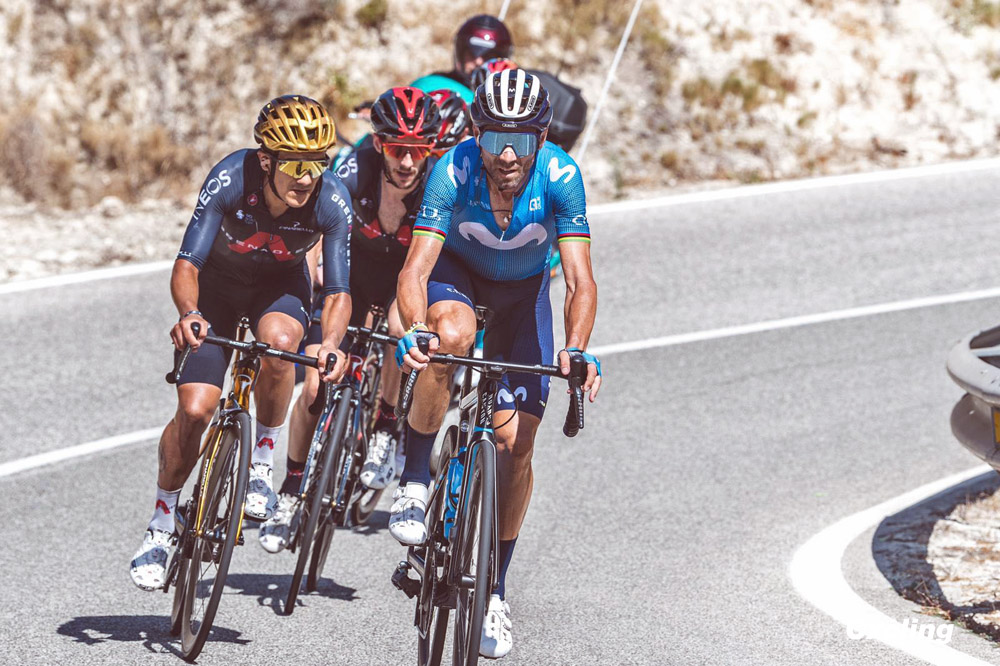 If Valverde hadn’t crashed would Carapaz done something on stage 7?

3) Richard Carapaz was supposed to be Ineos’ secret weapon, but so far, he has appeared completely fried by his recent Tour de France podium finish and Olympic gold medal ride. He has been dropped on every uphill finish and doesn’t serve as a legitimate threat for a long-range attack, mainly because those behind won’t have confidence in his ability to stay clear on a summit finish. 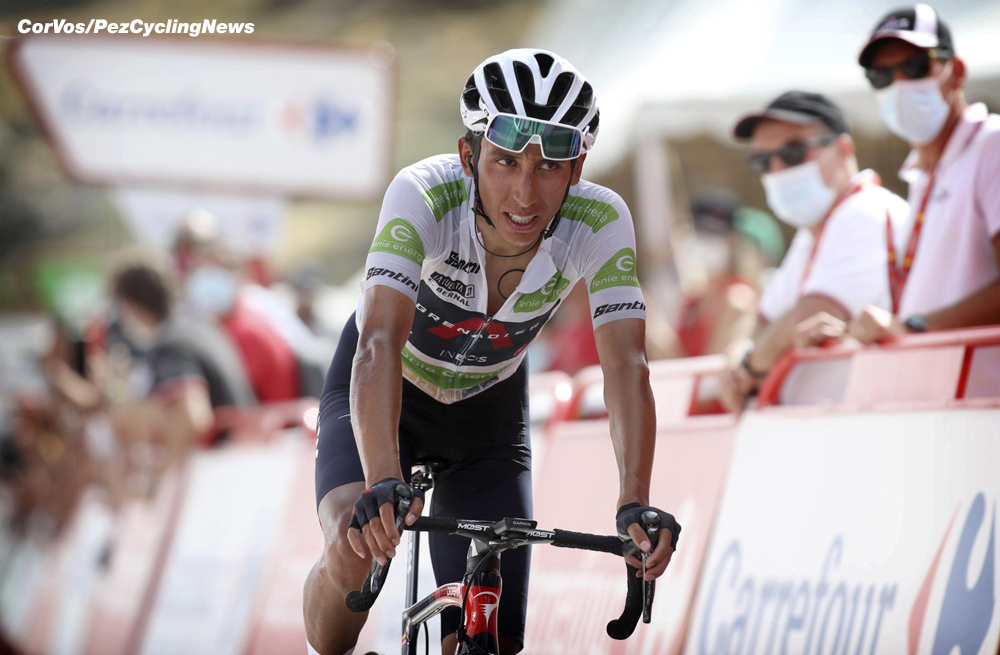 4) All of this speaks to a lack of flexibility and an inability to alter battle plans. Similar issues have plagued legacy world military power in foreign conflicts for generations, but the behemoth is rarely able to adjust until it is too late. 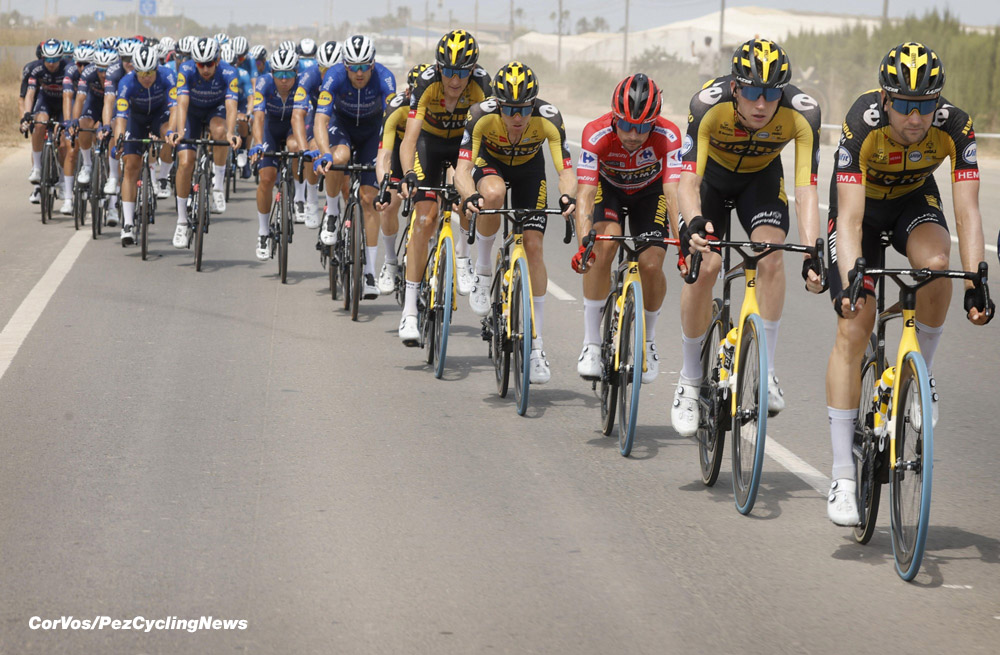 5) It ended up not mattering, but Jumbo-Visma did not look infallible today, and looked vulnerable at times. 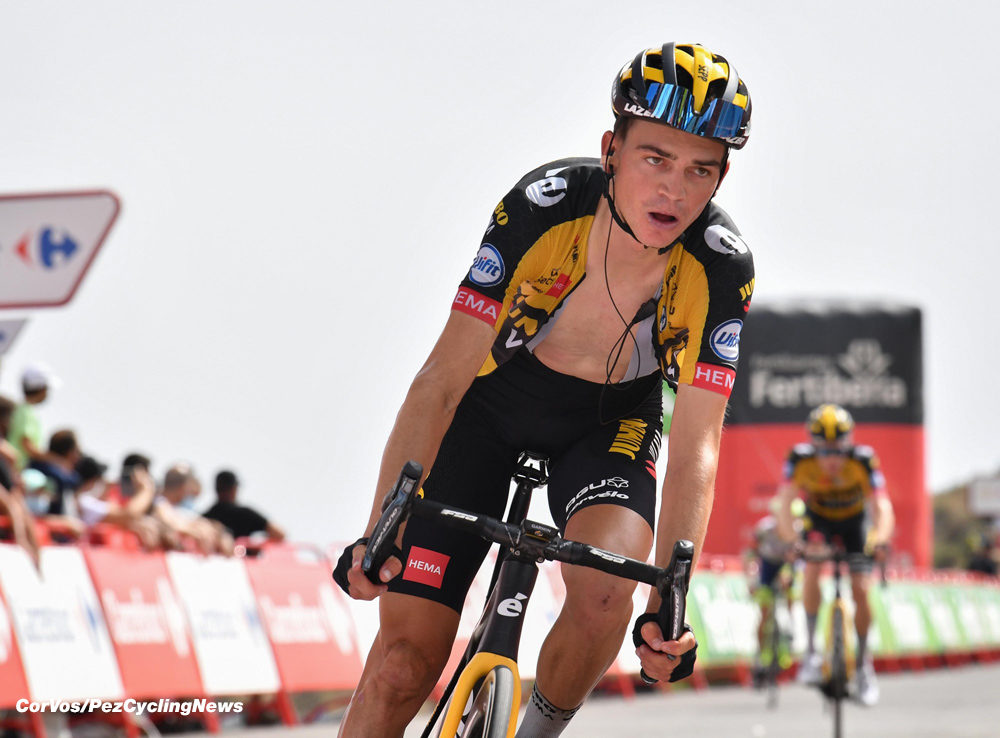 6) Speaking of which, I was slightly confused by Sepp Kuss’ tactics when Adam Yates attacked. Instead of staying with Roglič and setting a steady, but high, pace on the front to slowly reel him back, he joined Yates’ attack, which eventually put him over the limit, while his own teammates, Roglič and Kruijswijk, were setting pace behind. 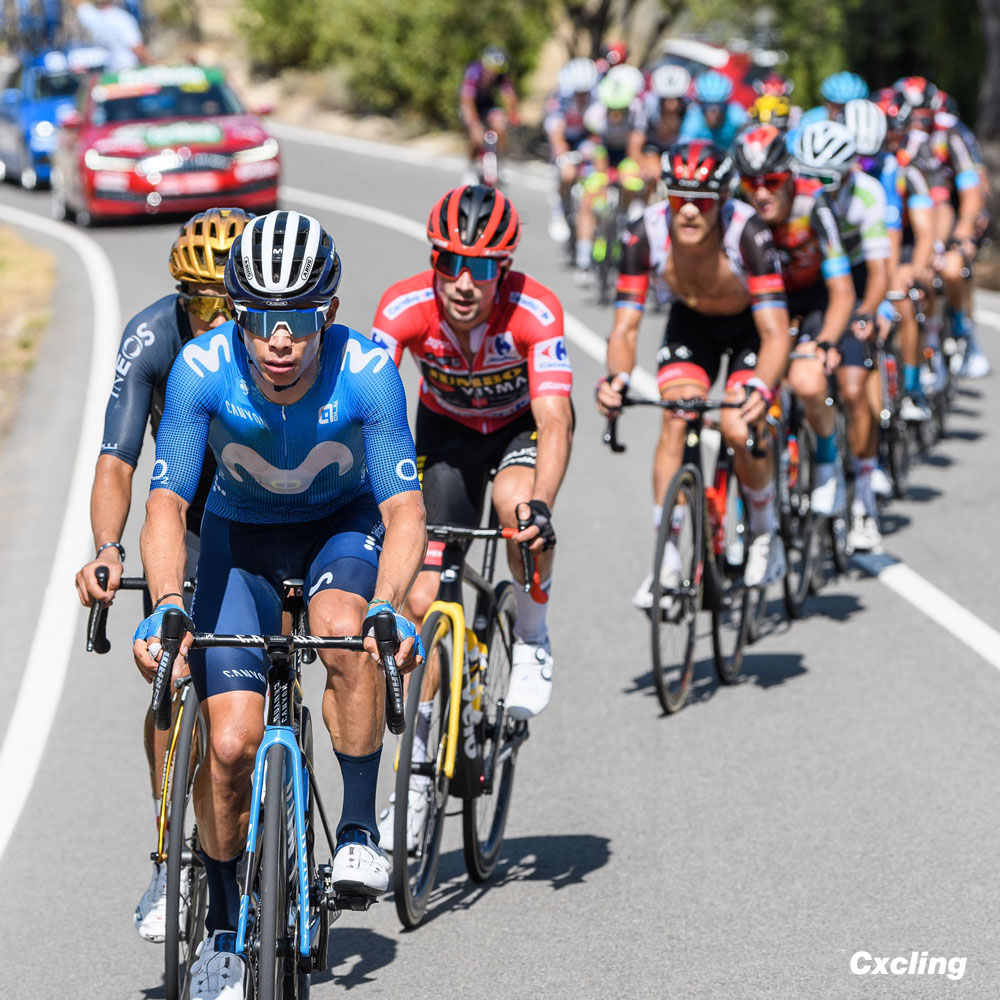 7) But, a hugely important point is that none of this might not matter, since Roglič looked so freakishly strong when jumped across the gap to Yates that it is hard to imagine anyone truly testing him in the mountains. 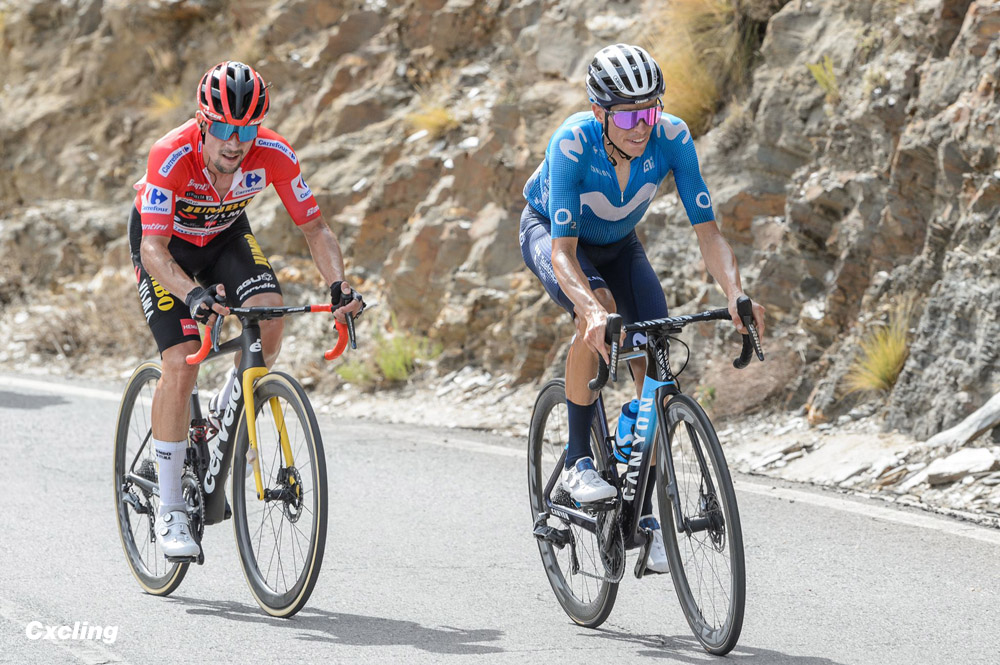 8) While Roglič was the GC winner of the day, Movistar moved back into 2nd and 3rd overall, rode in near-perfect synchrony all day, all while Enric Mas and Miguel Angel López displayed the best form I’ve ever seen from them. 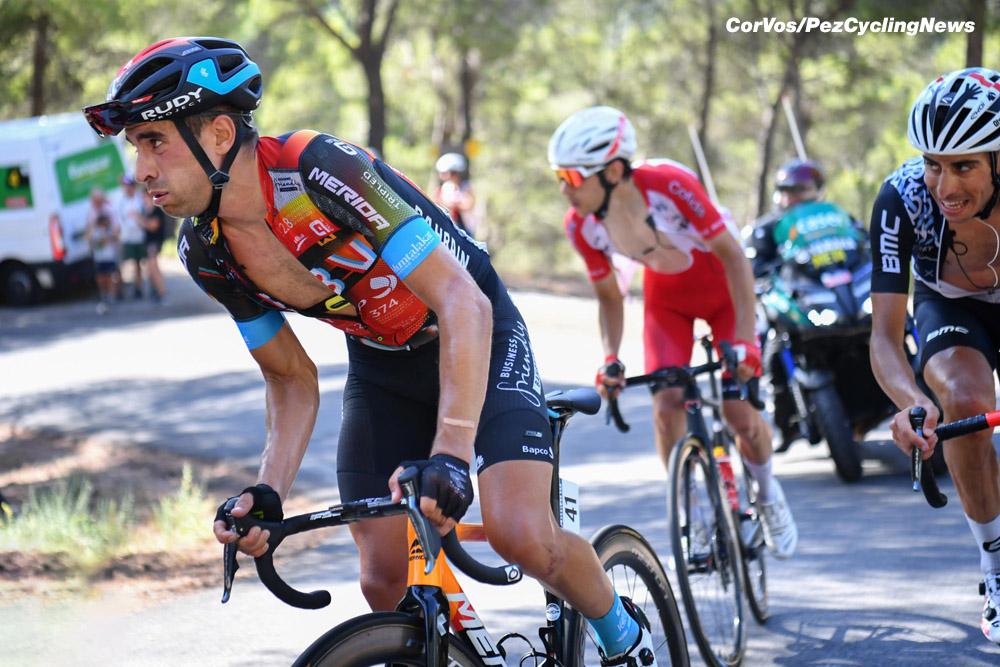 9) Mikel Landa was dropped quite early on the final climb and almost certainly fell out of podium contention. 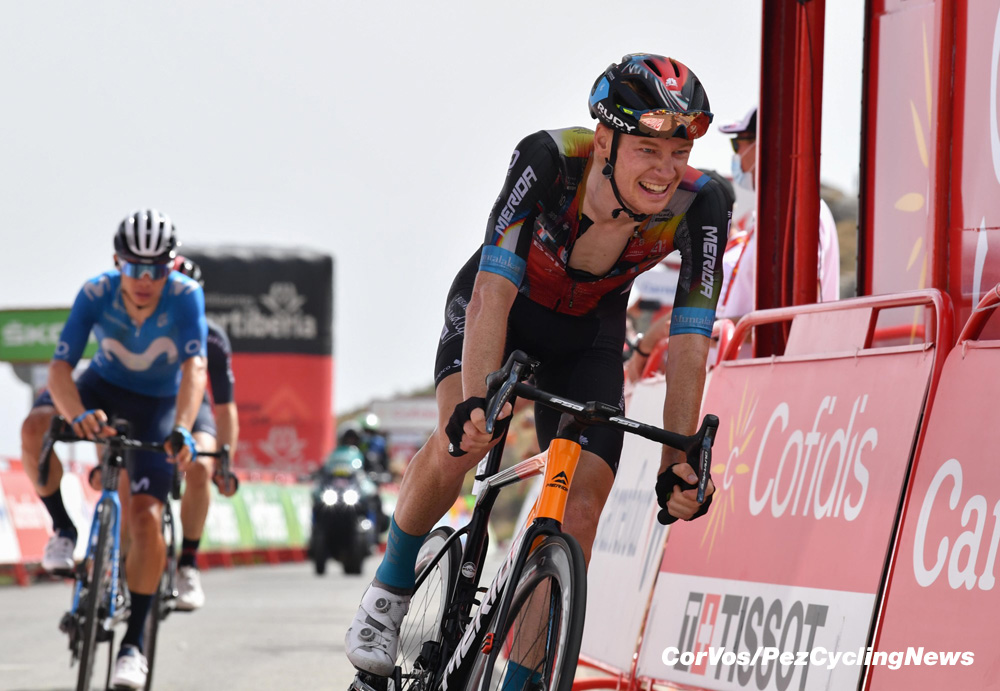 10) Astana’s Aleksandr Vlasov was also dropped, lost close to three minutes to Roglič, and fell out of the top ten overall. 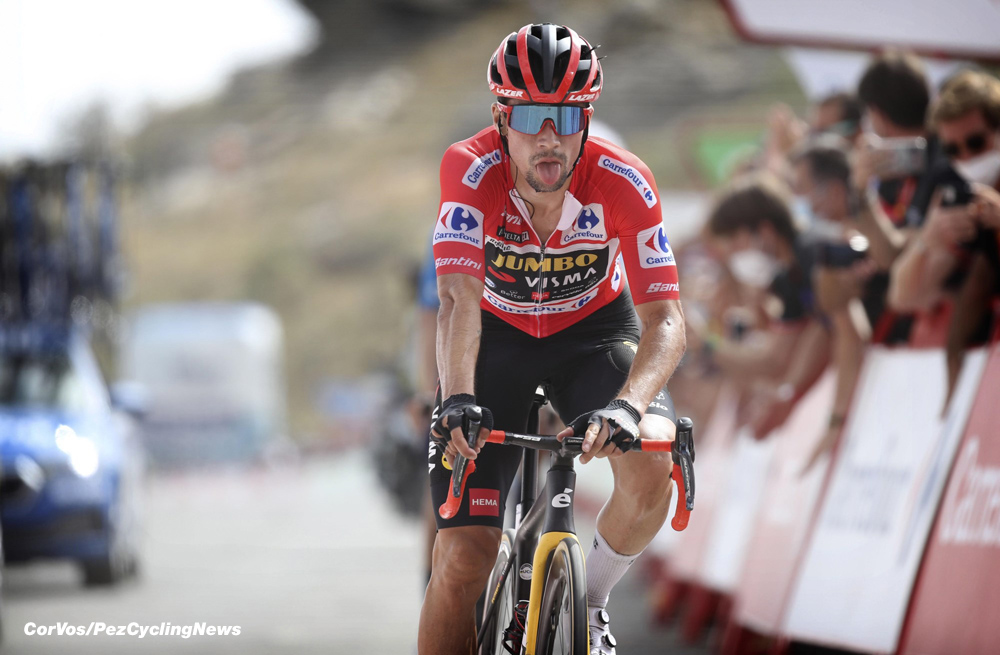