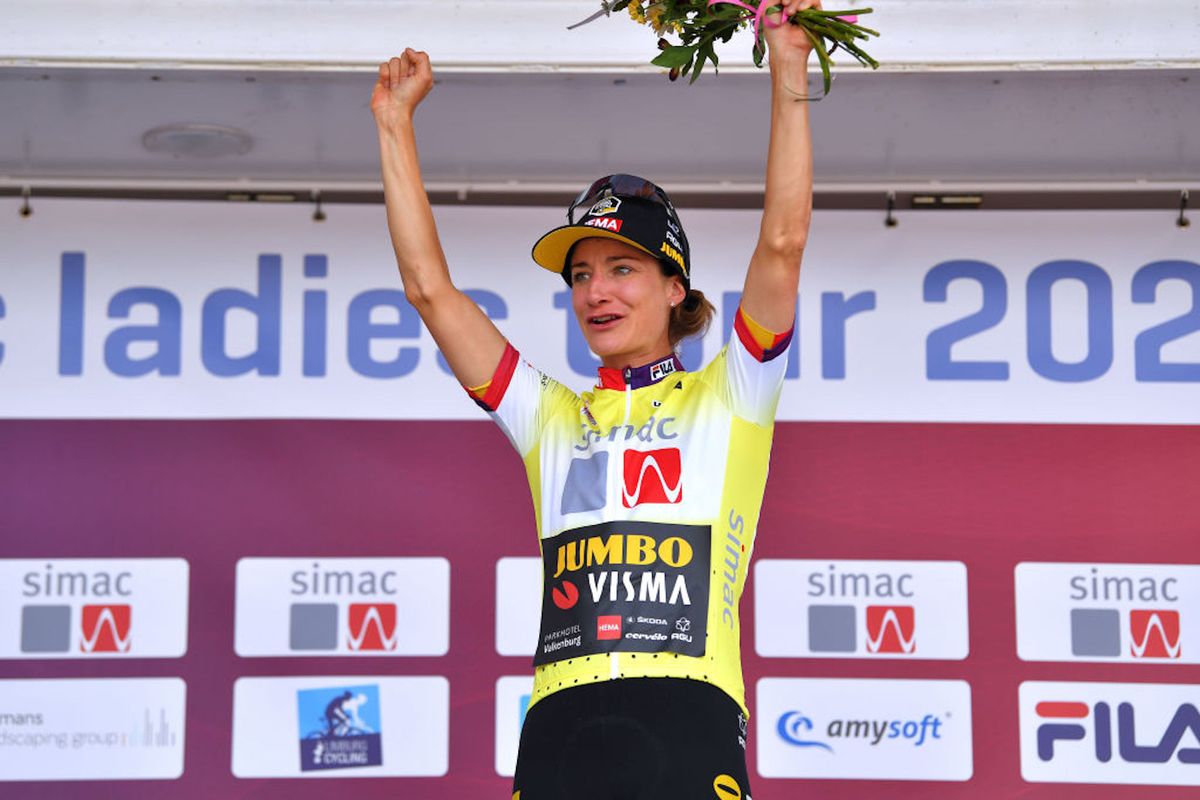 Marianne Vos smashed the opposition to take victory at the Simac Ladies Tour prologue in Ede on Tuesday.

The victory was the Dutch superstar’s first time trial win since 2017 and her first prologue success since the Ladies Tour of Norway three years before that.

Wednesday’s first road stage sees the peloton tackle another flat day, covering 134.8km between Zwolle and Hardenberg, where Vos is certain to be up there in the sprint. However, the specialist sprinters, including Movistar’s Emma Norsgaard and Wiebes, with her excellent young lead out, will be hoping it’s their day.

Traditionally a warm up event for the World Championships, the Simac Ladies Tour has been run since 1998, when it began life as the Holland Ladies Tour. That means some big names have taken the title over the years, with Leontien van Moorsel, Kristin Armstrong, Marianne Vos and Annemiek van Vleuten on the race’s palmarès.

However, there are some notable absentees this year, Movistar’s Van Vleuten joined by Anna van der Breggen (SDWorx) and Britain’s Lizzie Deignan (Trek-Segafredo) perhaps choosing GP Plouay and the lumpy, four day Challenge by La Vuelta for their rainbow preparations.

Four time winner Marianne Vos was there though, leading a strong Jumbo-Visma squad into the six day event.

The race has regularly included time trials and this year’s opening, 2.4km prologue around the central Dutch town of Ede was the first of two races against the clock. Among the early starters on the pan flat and technical course were previous overall winner Chantal Van den Broek-Blaak (SDWorx) and her former team mate, Amalie Dideriksen (Trek-Segafredo).

However, while Van den Broek-Blaak clocked a time of 3-10, it was was her 22 year-old Dutch compatriot Charlotte Kool from under-2323 development team, NXTG Racing, who set the early benchmark of 3-09.

Eventually the young Dutchwoman was overhauled by compatriot Vos, who began 29th of the 91 starters, and smashed the course, clocking 3-01.

The best British riders was Pfeiffer Georgi, the DSM rider clocking 3.10, fractions of a second ahead of national champion Alice Barnes (Canyon-SRAM). And fresh from winning the Olympic team pursuit, Barnes’s team mate Lisa Klein won the prologue in the 2019 edition, but only managed 3-09, leaving Vos waiting anxiously on the hot seat.

General classification after the prologue