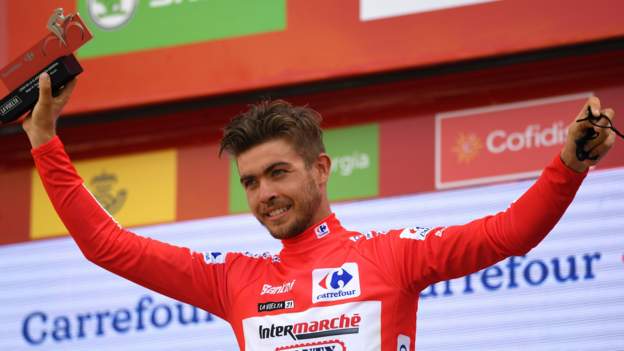 Norway’s Odd Christian Eiking replaced defending champion Primoz Roglic as the leader of the Vuelta a Espana after the Slovenian’s crash on stage 10.

Roglic slips to third, two minutes 17 seconds behind the Norwegian.

It could have been much worse for Team Jumbo-Visma’s Roglic, who is aiming to win his third successive Vuelta a Espana, as the 31-year-old quickly remounted to finish with several other contenders, including Movistar duo Enric Mas and Miguel Angel Lopez, and Jack Haig of Team Bahrain Victorious.

Roglic is now chasing red jersey holder Eiking – who trailed the Slovenian by nine minutes 10 seconds at the start of the stage – and Martin, with Mas and Lopez rounding out the top five.