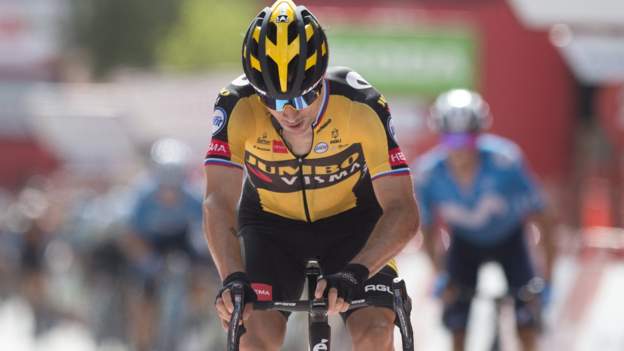 Norwegian Eiking took the red jersey from Roglic on Wednesday when the Slovenian crashed during stage 10.

Roglic claimed victory with a stunning attack on the final short, sharp climb.

“It was a hard stage, short but super hot again. I was suffering a lot but luckily I had enough to win at the end,” Roglic said.

“It’s always nice to win – you never know when’ll be your last victory. It was a nice finish with steep uphill, which normally I can do well, so it was a nice challenge and the team did an amazing job, pushing really hard throughout the day.”

Thursday’s stage 12 is from Jaen to Cordoba.