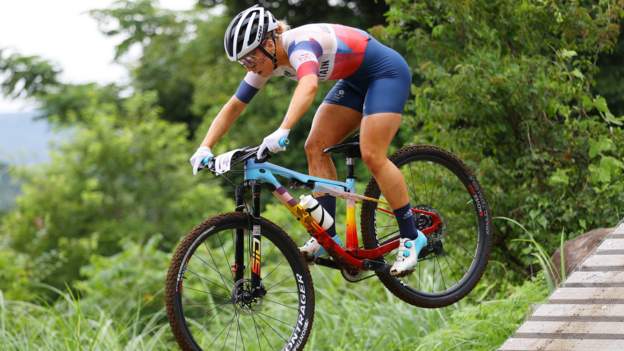 She finished in one hour, 23 minutes and 52 seconds to claim the rainbow jersey in Italy and become the first British female cross-country world champion.

The 24-year-old finished ahead of the Netherlands’ Anne Terpstra (second) and Sina Frei of Switzerland (third).

“I didn’t have much confidence going into this race, I said I’ll shine one day and today is my time to shine.

“I really didn’t think I’d be able to do that today, I never thought I’d be good enough to win a race like this.

“With Covid it’s been really hard but I tried to stay positive. When I’m happy I race well and I’ve truly been happy the last three weeks at home.”

Richards was racing for the first time since the Tokyo Olympics, where she came seventh.