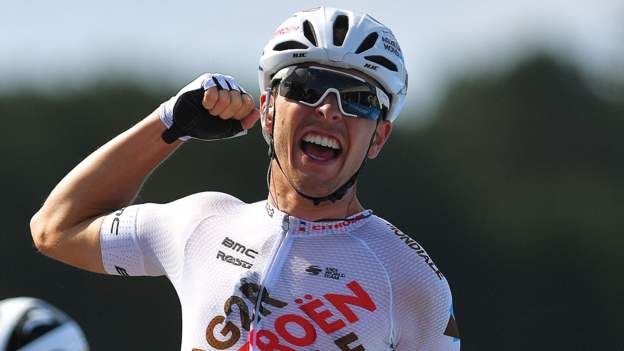 While world champion Alaphilippe attacked on a number of occasions, Cosnefroy held his nerve to claim his first World Tour win.

Hayter and Swift finished fourth and fifth, 13 seconds behind the victor.

The Slovenian, racing for the first time since winning bronze at the Olympic Games in Tokyo, had to settle for 60th.

After attacking out of the bunch with 65km remaining, 25-year-old Cosnefroy held off Deceuninck-Quick-Step duo Alaphilippe and Mikkel Honore of Denmark to claim the biggest win of his career.