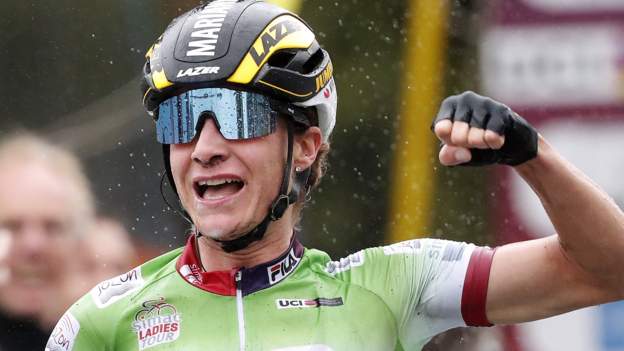 Marianne Vos won the final stage of the Ladies Tour in the Netherlands as Dutch compatriot Chantal van den Broek-Blaak claimed overall victory in the event.

There was a sprint finish at the end and Vos proved stronger as she held off Barnes in wet conditions.

It was Vos’ second stage victory in a row after she had also claimed success on the penultimate fourth stage.