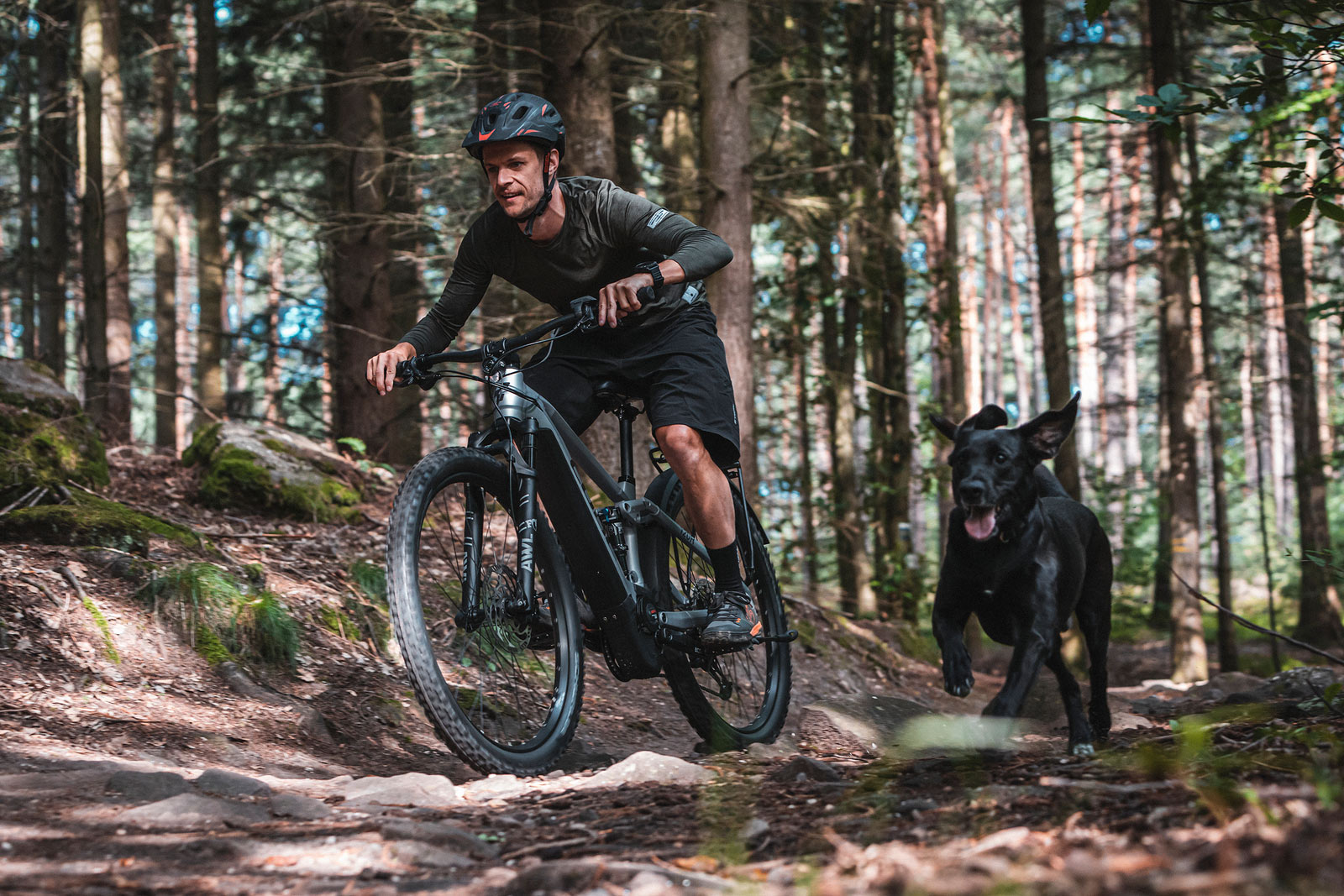 The FOX AWL (Adventure Without Limits) is a new 34mm stanchion fork optimized for the weighty demands of short travel eMTBs and e-SUVs. The AWL is said to be much stiffer than the FOX 34, bearing a striking resemblance to the Marzocchi Bomber Z2. Approved for a maximum system weight limit of 169 kg, the AWL is meant to be an upgrade for eMTB and e-SUVs, as well as an OE spec option for big name brands such as Cube, KTM, Scott, Orbea, Giant and others. It’s kitted out with a multitude of mounts for a fender, rack, light, and “a soon to be available next level safety feature”. Here’s more.

The FOX AWL eMTB and e-SUV fork is available in 27.5″ (44mm rake) and 29″ (51mm rake) versions, with a travel range of 100mm-140mm. Though FOX say it is based on the chassis of the FOX 34 trail fork, it would be remiss of us not to point out that it bears a much greater resemblance to the chassis of the Marzocchi Bomber Z2, particularly at the magnesium lowers, though without the mid-point dip of their M-Shaped arch. The brake hose clamp keeps the housing away from the fork’s lowers where it won’t rub away at the finish.

The FOX AWL weighs a claimed 2260g to 2300g, depending on travel and offset; the fork will be available with a 58mm or 68mm crown diameter

That’s not where its similarities with the Z2 end, either. It also makes use of a simplified version of the Rail damper, with high and low speed compression adjustments made simultaneously through the same lever. The Rail damper features an open bath system in the bottom and a closed system up top. The AWL is an air sprung fork, featuring an earlier version of the FOX Float EVOL spring, not that with enlarged negative air spring seen on the 2022 FOX 34.

AWL runs 110mm Boost spacing, and ships with a QR Thru Axle. Riders do have the option to swap that out for a Kabolt Thru Axle.

Wait up. What is an e-SUV? It doesn’t simply refer to Bianchi’s e-SUV, rather the emerging category of e-SUVs as a whole. We asked FOX what it means to them. “The term e-SUV captures e-MTBs that are designed for versatility; like their automotive counterparts, e-SUVs are capable, geared towards adventure while providing integrated features that cover riders for day to day needs as well. e-SUVs demand durability, functionality around fender, light and equipment mounts, and higher weight limits thanks to the gear people take with them on their off-road journeys” – Matt Hornland from FOX.

As such, the AWL gets an integrated fender (see second image for reference), with mounts for a light and a rack. There are also mounts for “a soon to be available next level safety feature”. Though we can’t say for sure, this may well be an anti-lock braking system, such as the ABS G2 from BluBrake, to prevent undesirable front wheel skids.

The FOX AWL will be available aftermarket in North America from this September with an MSRP of $549 USD / $739 CAD.