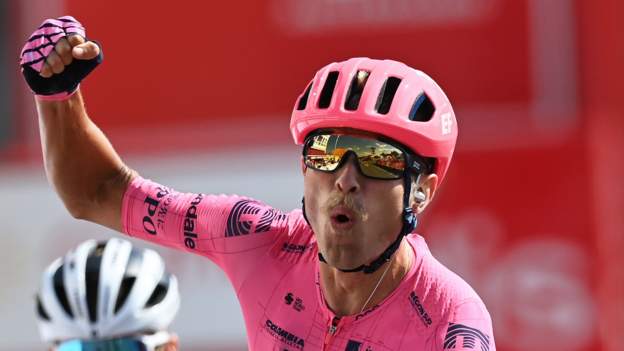 Denmark’s Magnus Cort claimed his third win in this year’s Vuelta a Espana as he produced a superb sprint finish to take stage 19.

The riders face the 202.2km-long stage 20 on Saturday before the race concludes with a time trial on Sunday.

Cort was part of a seven-man group that worked superbly together in the last 20km of the hilly stage in Galicia before proving the strongest in the sprint finish.

Slovenia’s Roglic, who retook the lead on Wednesday, finished 18 seconds behind in the peloton to maintain his grip on the red jersey in pursuit of his third successive Vuelta title.

While Olympic time trial champion Roglic is the clear favourite, Saturday’s mountainous stage offers a final chance for his rivals to mount attacks.