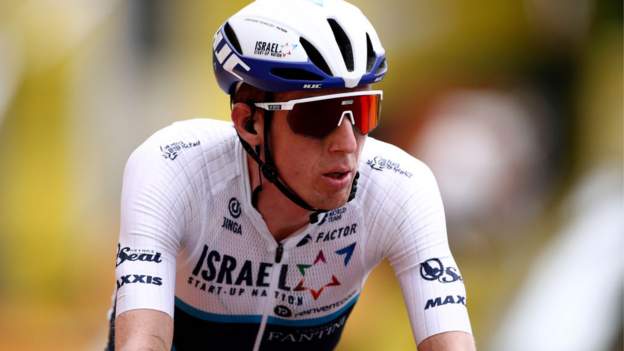 Irish cyclist Dan Martin has announced that he will retire at the end of the season, calling time on a 14-year career.

The 35-year-old has won stages of all three Grand Tours.

Martin will compete for Israel Start-Up Nation at the Tour of Britain, which begins on Sunday, but confirmed his retirement at the end of the season.

“After 14 seasons as a professional cyclist, I have decided to call it a day,” he said.

“Though this huge decision has taken much thought, I feel that the time is right to move on as I want to achieve so many other things in life.”

The Birmingham-born cyclist also has six top-10 overall finishes to his name in the Grand Tours, including three in the Tour de France, and a personal best of fourth place in last season’s Vuelta.

Martin, whose father and uncle were both professional cyclists, admitted that the decision to retire was “challenging and complex”.

“I’ve realised that racing has lost the fun element, which is the whole reason I race in the first place,” he continued.

“I feel fortunate to be deciding when I retire. I am genuinely grateful for the support of family, friends, fans and so many cycling team-mates and colleagues who have supported me throughout my career.”