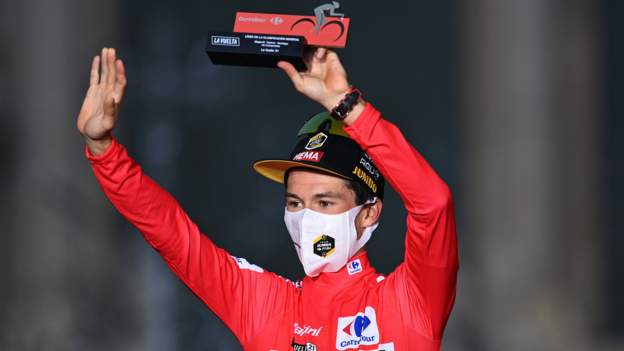 Slovenia’s Primoz Roglic wrapped up a third straight Vuelta a Espana after claiming victory in the final stage, a 33.8km time trial.

Roglic won by four minutes 42 seconds overall – the biggest winning margin at a Vuelta since Alex Zuelle in 1997.

“It’s the last stage and all this week was hard,” said Roglic.

“I knew I was on the way and I enjoyed some of the support from the crowd by the road.

“Sometimes you win by a lot and sometimes a little. As long as you can win, it’s super nice.

“I’m not focusing on numbers, statistics or all these things. I go day by day and enjoy it and I’m honoured to be in this place.”