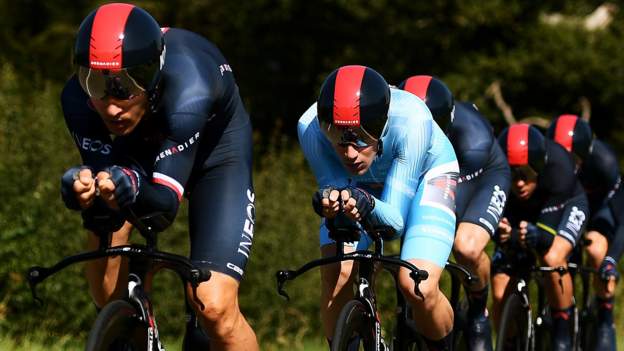 British team Ineos Grenadiers produced an excellent ride to win the team time trial stage of the Tour of Britain.

Ineos produced a time of 20 mins 20 secs on the 8.2km course from Llandeilo to the National Botanic Garden of Wales.

Victory for Ineos moves Britain’s Ethan Hayter into the race lead after the third stage.

The Londoner holds a six-second lead over teammate Rohan Dennis, while stage one winner Wout van Aert is 10 seconds further behind in third.

“It’s amazing,” said Hayter. “I’ve ended up in a few leader’s jerseys in the last few races now and it makes the racing great. You know to win the team time-trial is a really nice way to do it.”