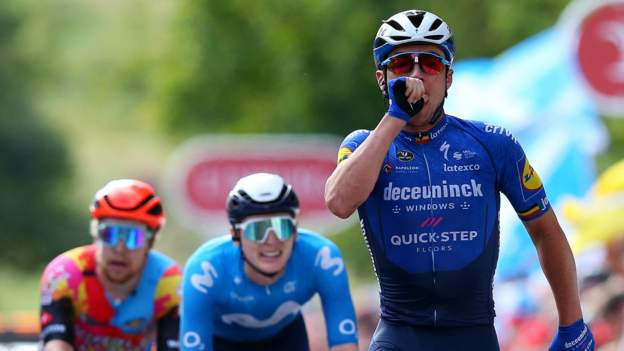 Belgium’s Yves Lampaert won a sprint finish to claim victory on stage seven of the Tour of Britain.

The trio were part of a breakaway from the main peloton on the penultimate stage of the race, which covered 194.8km from Hawick in the Scottish Borders to Edinburgh.

Britain’s Hayter came in sixth as he and Belgian Van Aert were both given the same time going into Sunday’s final stage.

“It was a really hard stage,” said Lampaert. “A lot of wind, never flat, small and hard roads. It’s not easy to ride but, in the end, I had the legs.”