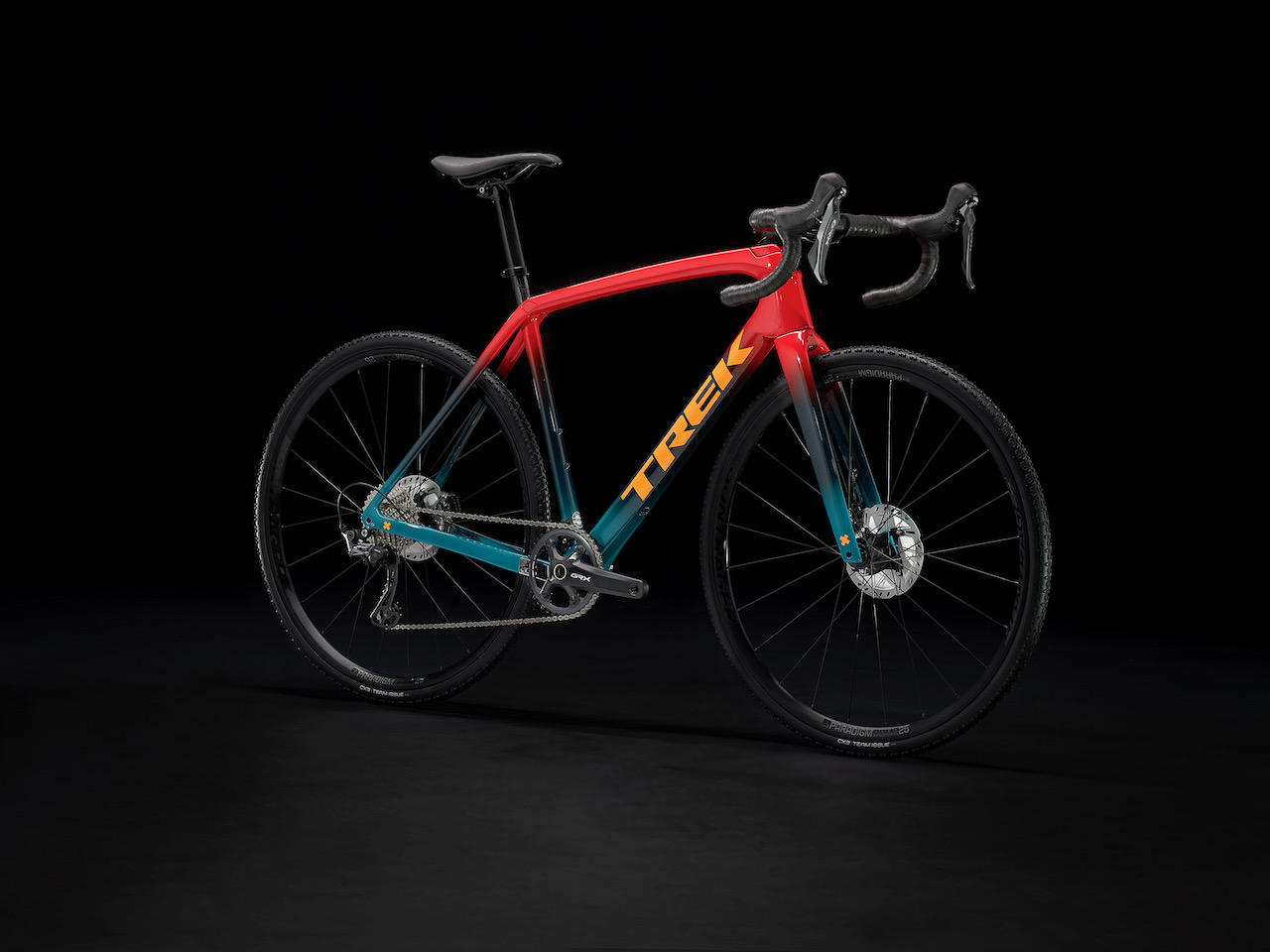 There is a steady stream of exciting bike news coming, and with the UCI ‘cross season just a week away, Trek let the new Boone out of the bag. Since its inception, the Trek Boone amassed many victories, including National Champions (for many Nations) World Cup wins and reaching a pinnacle last year — a World Championship piloted by Baloise-Treks, Lucinda Brand.

It seems all the while; Trek was quietly tweaking its race machine to be faster than ever for the 2021-2022 season. The World Cup-winning geometry hasn’t changed, but the Boone gets some modern updates that will elevate ‘crossers, both amateur and professional.

Unlike others that have softened their geometry to meet a gravel/cross bike all in one, Trek firmly kept the Boone as a cyclocross race bike. Pointing to the Checkpoint as the companies gravel and wide tire drop bar offering.

In 2013 Trek eliminated the Ion CX line and released the Crocket, a new aggressive alloy cross bike. The Crocket geometry and ride showed promise, and the next move was to take the bike to carbon. Released in 2013-2014, the Boone is the first ‘cross bike to incorporate a built-in suspension system — Treks ISO Speed.

In 2014 Trek partnered with Sven Nys, Sven Vanthourenhout, and AA Drink for a massive move in the cyclocross world. Nys, one of the most accomplished, respected racers in the sport, helped dial the Boone to higher performance. It also skyrocketed Trek to the top of the ‘cross-cred list, now having the best in the world on their machines.

In 2016 Trek doubled down on the partnership with Nys. Sven equipped his new Sven Nys Cycling Center with Trek bikes and sponsored the long-time Ridley riding Telnet-Fidea Cycling team with Trek and Bontrager as equipment. The team put the Boone through the paces in countless muddy, sandy, frozen races worldwide, giving critical feedback to the Trek R&D team.

The partnership has since flourished; the team, now simply Baloise-Trek, is known as one of the world’s premiere ‘cross and road development teams. They push Trek and Bontrager products to the next level in the world of mud, ruts, and beyond.

For some, a ‘cross bike is a race-only machine. For others, it’s a do-it-all bike that can tackle anything. The new Boone takes a bit from both worlds, adding practical updates and race upgrades that could take you to the podium or the head of the weekend group ride.

Lighter and more robust — the new Trek Boone utilizes OCLV 600 Series OCLV carbon, down one tier from the top of the line OCLV 800 (think Emonda SLR) series. Trek went with OCLV 600 series for its light and forgiving nature.

Internal cable routing — for those that detest the nest of cables at the bars while shouldering your bike, rejoice! The new Boone eliminates the downtube cable entry point and has everything enter the headtube via headset cup. We’ve seen similar designs on Ventum and other gravel rigs, and it works well — but how will it handle power washing, and will it take on water? Only time will tell, but I’m sure Trek went through the research.

Aero advantage — what would a new design be without some aero advances? Trek is letting the road line influence the drop-bar dirt —in a good way. The new Boone gets the same tube shapes as the lightweight Emonda frame but keeps the same Boone geometry.

T47 Bottom Bracket — Trek has slowly distanced itself from the BB90, and now the Boone gets the T47 bottom bracket update. Cyclocross racers will appreciate the update, the T47 is more secure and easier to service than the BB90, plus there are many different options available.

One build to rule them all — The new Boone comes in a singular build option; Shimano GRX. This build convention is a solid plan. With the forecasting of parts availability, having three models of a single bike could be hard to produce. The GRX 800 build (full specs below) is an excellent option for those looking to race, explore or do tons of different riding on the Boone.

As of now (we checked), the 2022 Trek Boone 6 is available for purchase from Trekbikes.com and should be at your local Trek dealer.