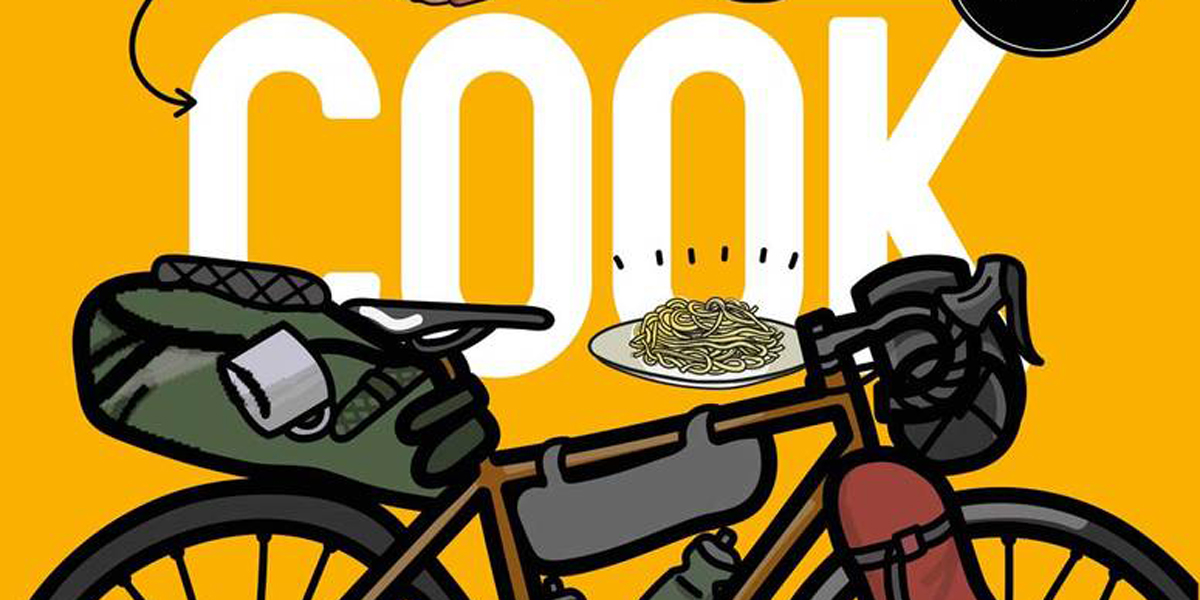 It is said that there are people who live to eat and others who eat to live and for some of us enough cycling means we can eat whatever we want. Sure, maybe pro racers might be driven to the extremes of weighing their food but just as training methods have advanced in the last decades so too has the idea that food for active people is more than “fuel,” and can be tasty and colourful as well as a nourishing power source. “Eat Bike Cook” is a wonderful little book that really is about the joys of riding and the pleasures of eating, with an original viewpoint. 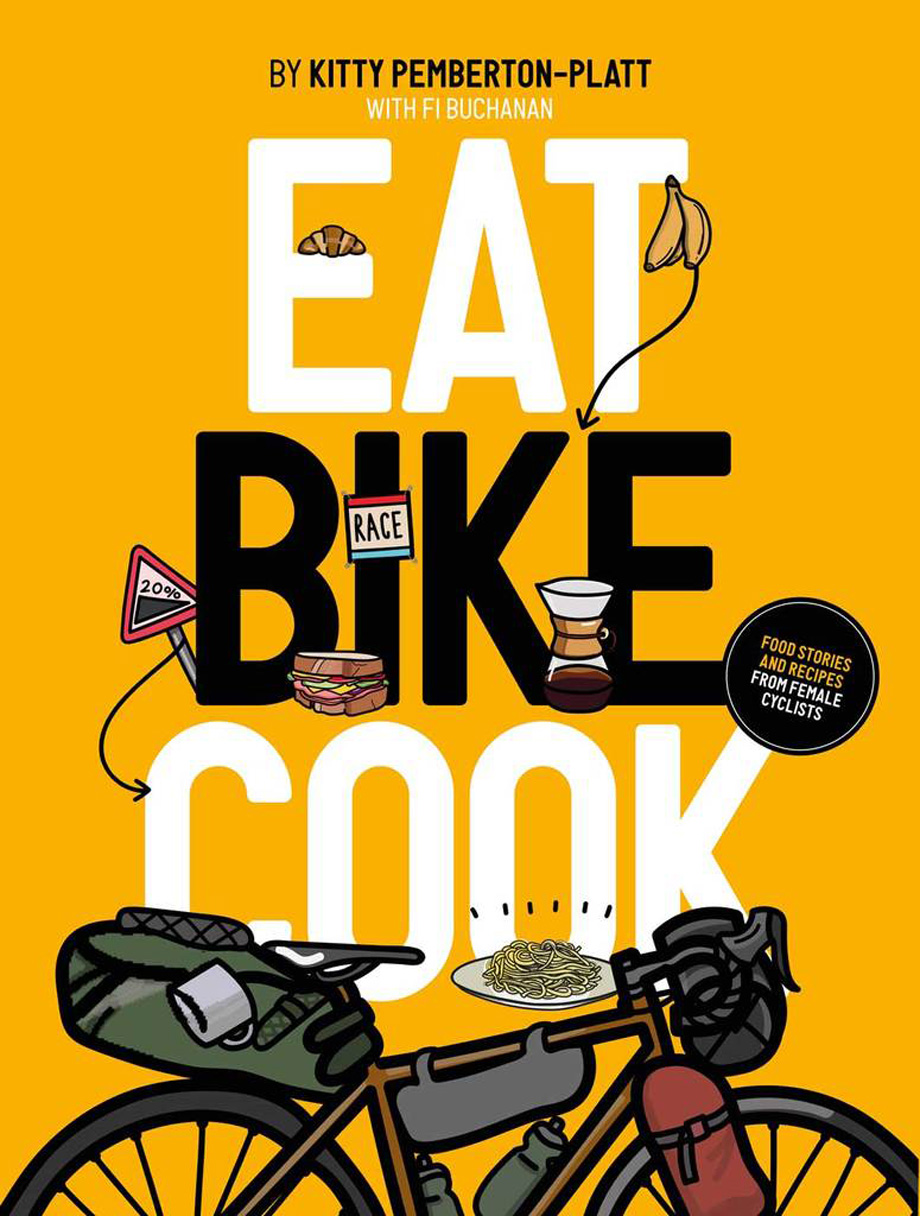 The origin of “Eat Bike Cook” is in the idea of amateur racer Kitty Pemberton-Platt that food around the bike is indeed “much more than fuel; it’s raw and human connection, baked-in effort followed by fulfillment. Communal meals and good conversation after a ride—whether on a petrol station forecourt on in a café—can instantly silence our internal chatter and steady our minds to focus on the present.” This led her to design a series of “Food for Sport” illustrations, “visualizing the menu choices of female cyclists.” 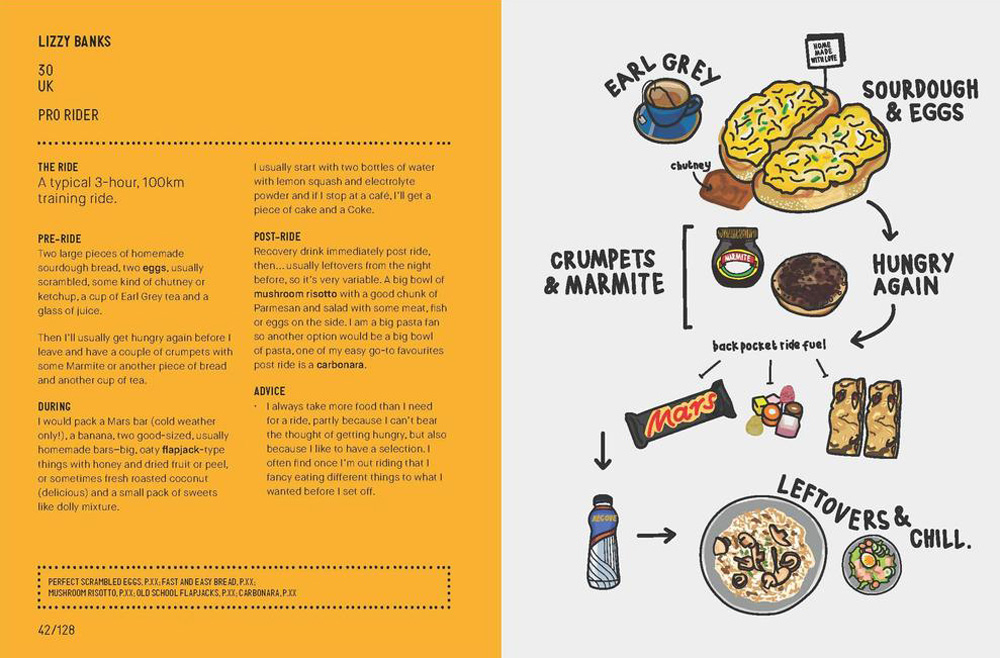 The originality of “Eat Bike Cook” is that female focus and how it is organized. As in some of the other sports cookbooks we have reviewed, the book is divided into sections, from the basics of nutrition to pre-ride, during ride, and post-ride recipes. However, this is not a book where you turn to the recipes first. Rather, these are really food diaries that begin with a first-person account by a female cyclist of a particular ride and the kinds of food she consumed for that day. For example, Canadian Alison Jackson describes a 140 km gravel ride in Alberta, along with her food choices and useful advice. This page is followed by one of Ms. Pemberton-Platt’s drawings, a visual map of those foods, then an actual recipe (Banana Cinnamon Pancakes) and an excellent full-page photo of said pancakes. A whole lot is covered here food-wise in a flexible way: buildable wraps, buildable salads, buildable smoothies all are present. Although one of the riders profiled admits to enjoying a gin and tonic after a ride, “Eat Bike Cook” is sadly reticent on the subject of beer. 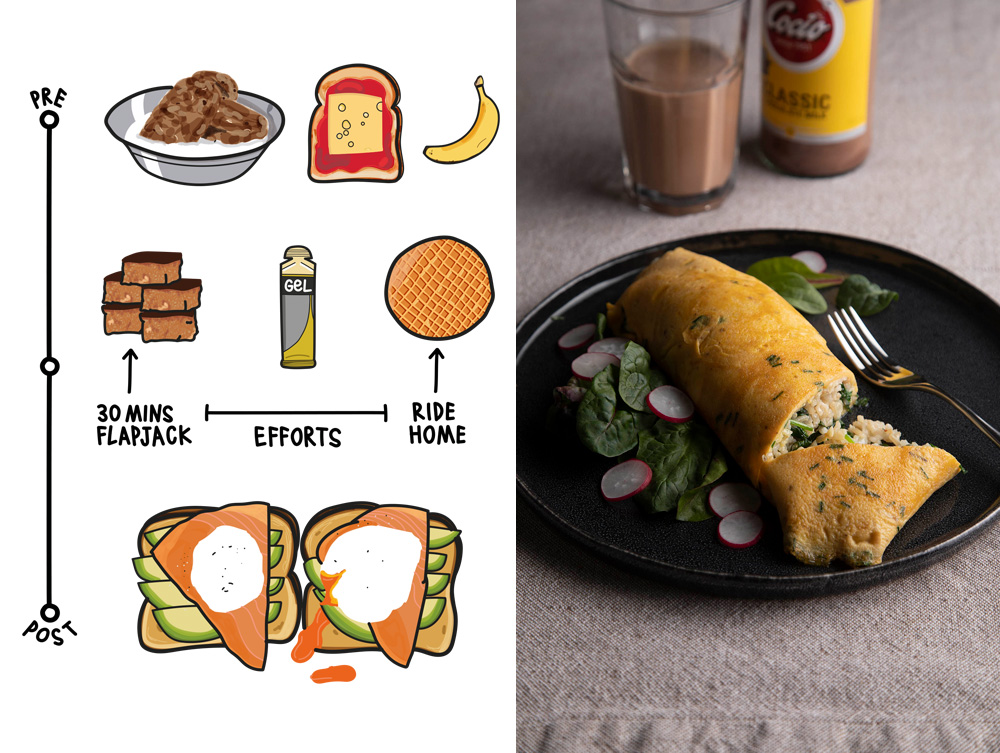 The cyclists profiled in the book are a fair cross-section, ranging from a few professional road racers to amateur time-triallists, road enthusiasts, and off-roaders, in age from 22 to 46, with the majority in their early 30s. Their food suggestions have been turned into 40 workable recipes by food writer and cook Fi Buchanan—and, yes, we have tested some of them and the Apricot Heaven Granola Bars will be a permanent part of our food repertoire!–but as excellent as these are the strength of “Eat Bike Cook” is in the diary entries. There are two reasons for this: we generally don’t read much about amateurs doing sportive rides and we generally hear nothing from women cyclists. Women are surely riding out there but the male side dominates the literature—whether in race accounts or even cycling cookbooks/nutrition guides. Here in “Eat Bike Cook” we have the kinds of rides that we (at least the non-pros and non-fanatics amongst us) actually do: a 100 km riding in rolling hills; a crit race after work; a 3 hour ride on the weekend with 1000 m altitude gain; the Manchester-to-London Rapha Ride; training rides…oh, and the 150 km World Championships Road Race in Harrogate! And a 5 day stage race in Asia. And who would not be intrigued by the 200 km off-road Sussex Mystery Tour? 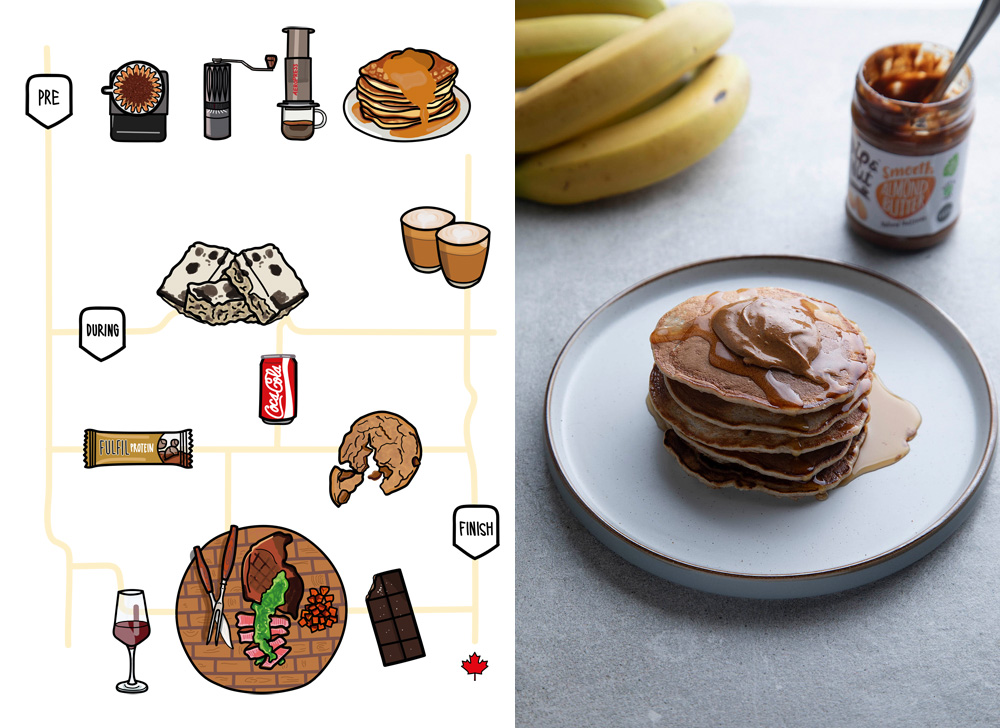 It is fun to look into the cycling lives of others and perhaps this very approachable book will encourage not only the kitchen-shy but also women who are getting into cycling. From the standpoint of design, “Eat Bike Cook” has been well considered and Kitty Pemberton-Platt’s drawings are full of wit and charm. An attractive and original work, “Eat Bike Cook,” with its irresistible combination of cycling stories, great recipes and useful advice (“Don’t forget to zip up your pockets. Snack loss is sad.”), would be at home in any cycling library. And we will all love oatmeal and nut butters even more! 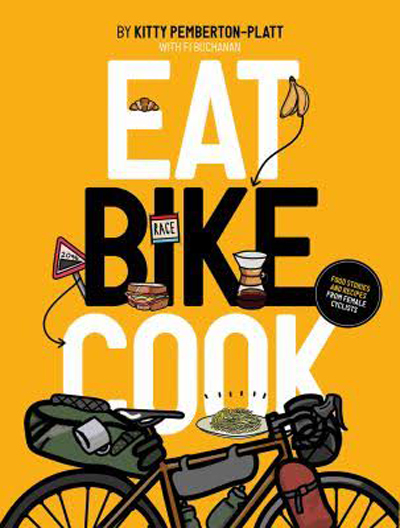 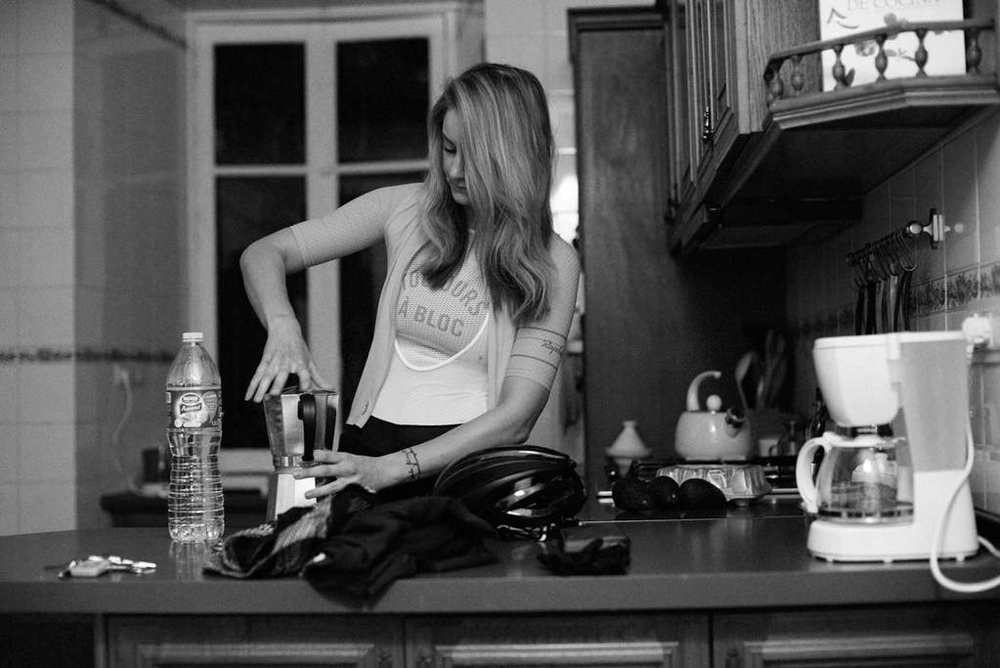 Kitty in the kitchen