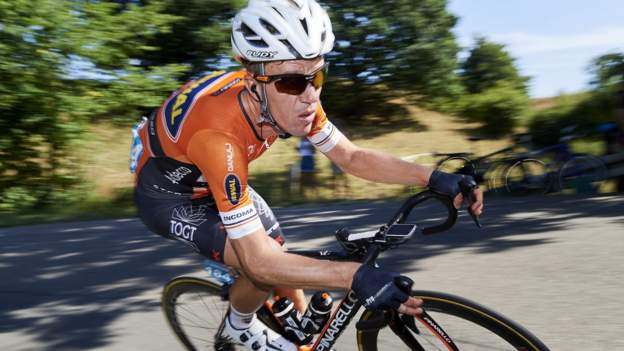 Danish former professional cyclist Chris Anker Sorensen has died at the age of 37 after being hit by a vehicle during a ride in Belgium, the International Cycling Union (UCI) says.

Sorensen was due to commentate on the Road World Championships, which begin in Flanders on Sunday.

A stage winner in the 2010 Giro d’Italia, Sorensen retired from professional cycling in 2018.

The UCI described his death as a “tragic loss”.

“Our thoughts are with his family, friends and everyone at the Danish Cycling Federation,” a statement from the global governing body said.